If you travel west from Charlottetown on the Trans-Canada Highway, as you leave the city you cross the North River on your way to the Town of Cornwall.

According to the Cornwall Island Narratives Project, the year a bridge was first constructed over the North River at this point is somewhat in dispute, but it seems clear there was a bridge there by the middle of the 19th century.

From 1935 onward we can follow the evolution of the North River crossing through aerial surveys.

In 1935 there was not yet a causeway, but a “narrow bridge, only wide enough to allow for one lane of traffic,” connecting Poplar Island to North River: 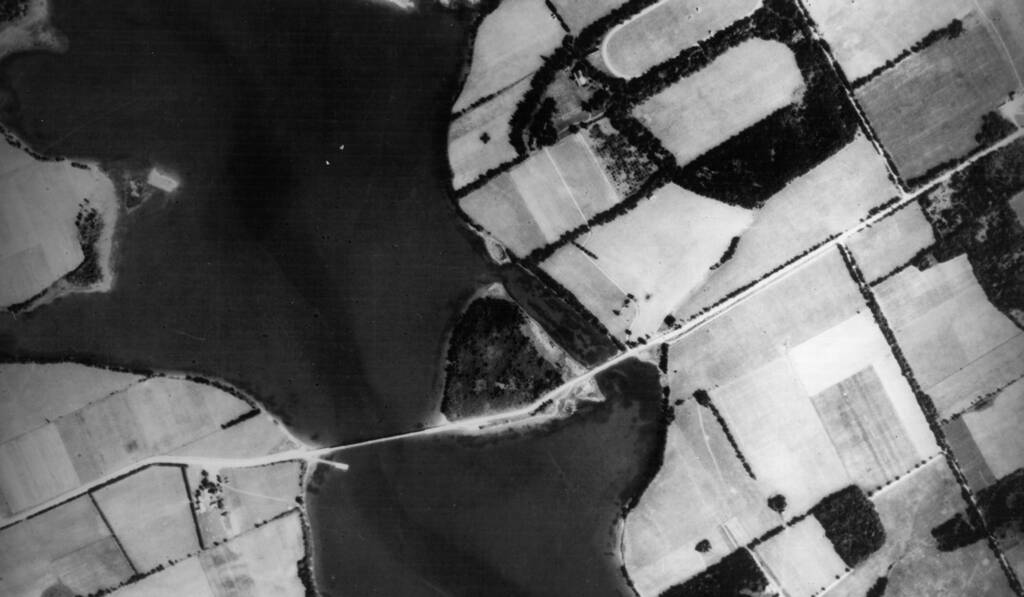 Detail from 1935 Aerial Survey of Prince Edward Island.
Copyright Her Majesty the Queen in Right of Canada,
reproduced from the collection of the National Air Photo Library, Natural Resources Canada.

By the 1950s, the narrow bridge had been replaced by a causeway:

Travel across the North River was made easier during the mid 1950’s with the construction of the causeway.  The project began in 1953 and was completed in 1955.  In the Annual Report of the Department of Public Works and Highways of the Province of Prince Edward island for the year ending March 31st, 1955, the following statement was made by bridge engineer, J.D. MacDonald: “North River Causeway is near completion and it would appear that this type of crossing is more desirable than a bridge structure in cost, time of construction, life, maintenance and the numerous assets provided by the artificial lake.” 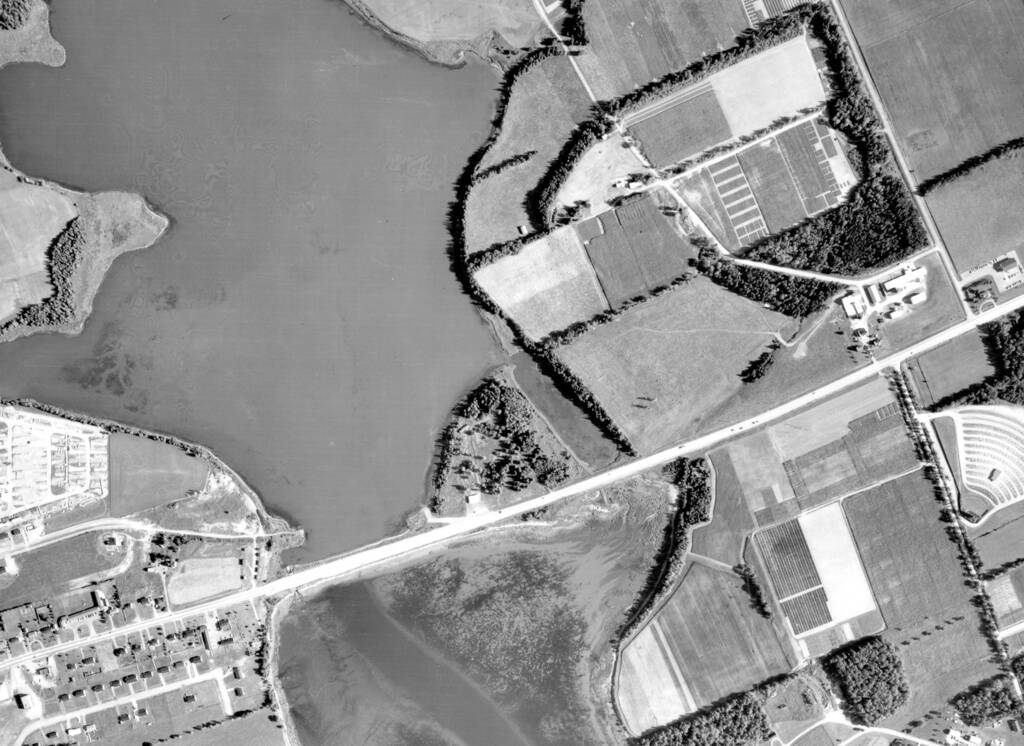 Detail from 1958 Aerial Survey of Prince Edward Island.
Copyright Her Majesty the Queen in Right of Canada,
reproduced from the collection of the National Air Photo Library, Natural Resources Canada.

By 2000, the causeway had been modified to include a longer bridge span, and Poplar Island, which had gradually been populated by retails shops over previous decades, was now home to a full-fledged plaza: 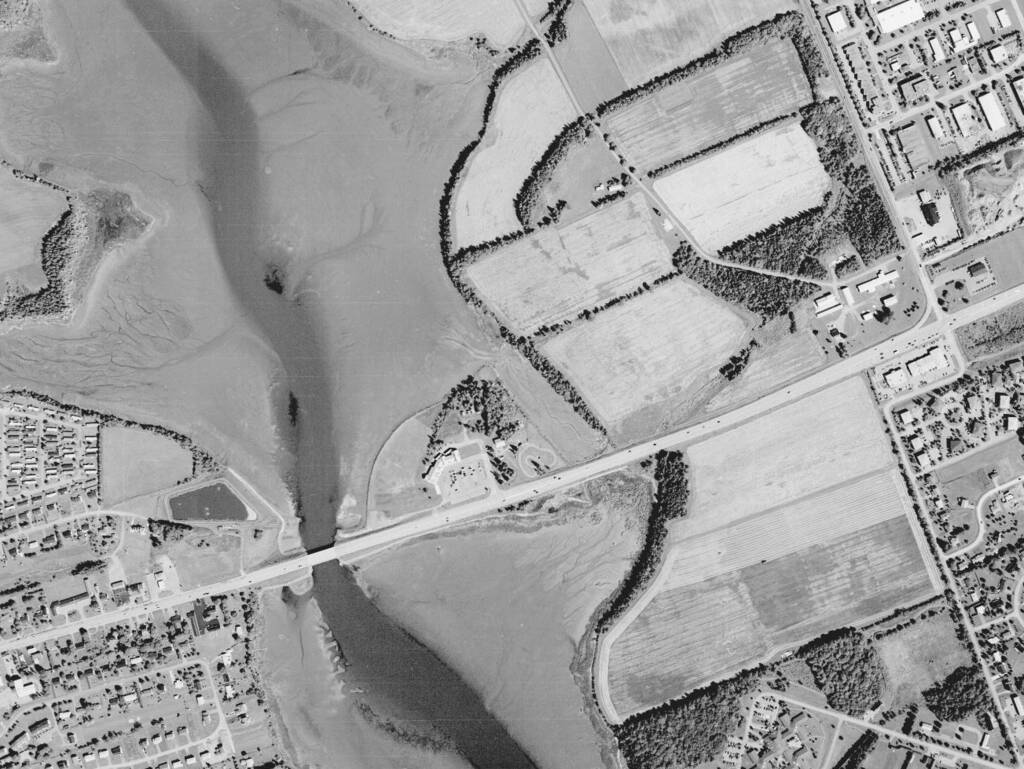 Over the decade from 2000 to 2010, the retail development on Poplar Island was joined by COWS Creamery to the east (since the point there has been even more development, as COWS has expanded and the intersection with the Trans-Canada Highway has been modified into a roundabout). 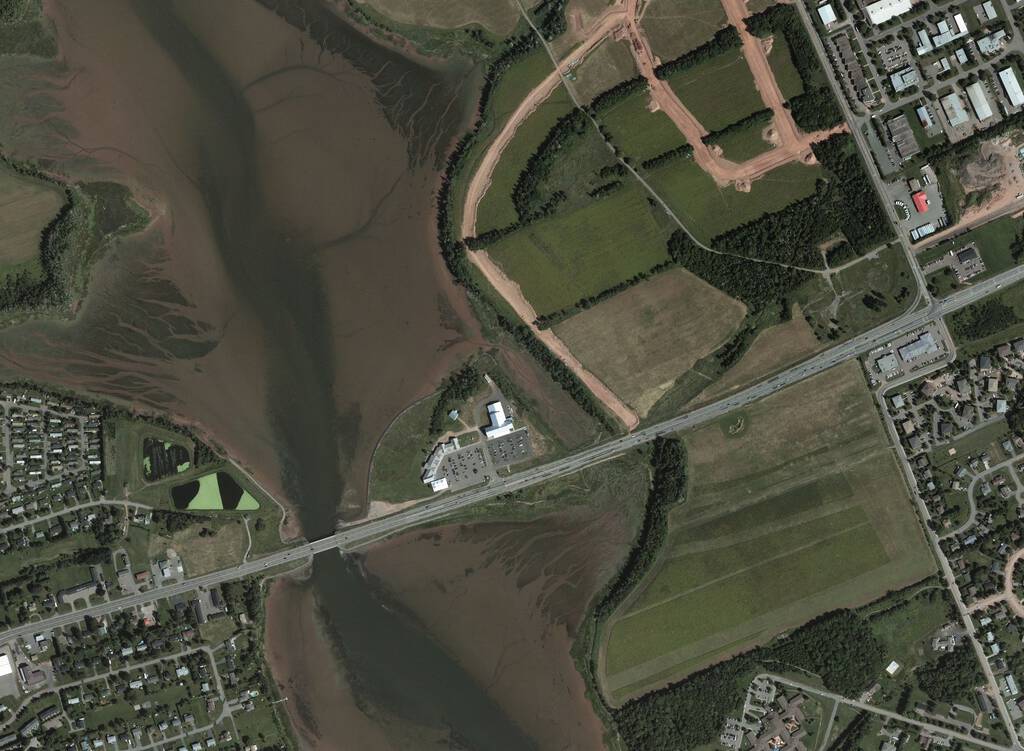 When the North River Causeway proper was first created in the 1950s, the body of water to the north, now more geographically isolated, was given the name “North River Causeway Lake,” a rather uninspired if accurate name; this name stood until 1968 when the lake was renamed Graham Rogers Lake by Executive Council, in memory of the late B. Graham Rogers: 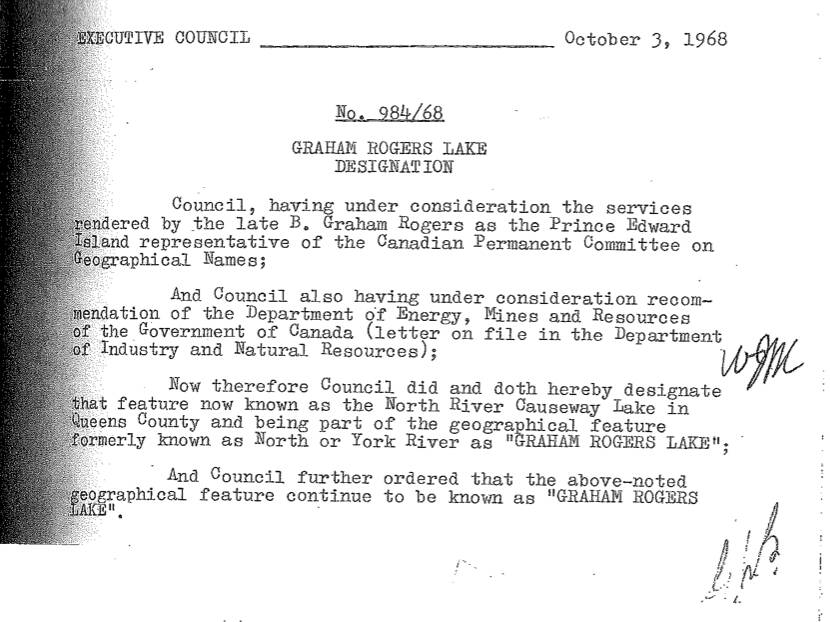 As you make your way west across the North River Causeway today, navigating via Google Maps, you will see Graham Rogers Lake off to your right; please tip your hat as you do. 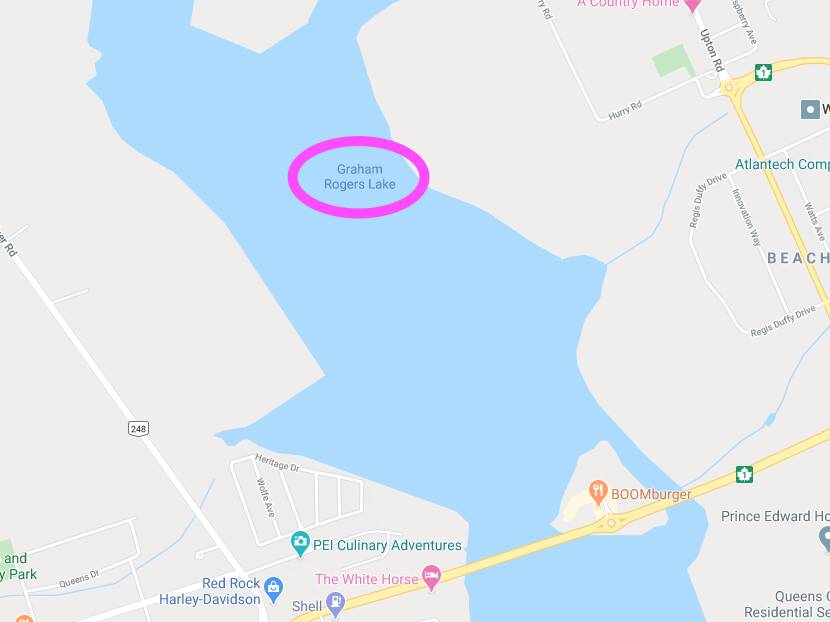 While it was an ecological disaster, Graham Rogers Lake was great for ice skating. I also have find memories of the mini golf on Poplar Island. Thanks for sharing this.