As I reported yesterday, January 1, 1975 was the first year that women were welcomed, albeit somewhat grudgingly, at the annual New Year’s Day levee at Government House in Charlottetown.

But that wasn’t how the story began: here’s the front page of The Guardian from December 10, 1974, with the headline “Governor Bars Women From New Year’s Levee”: 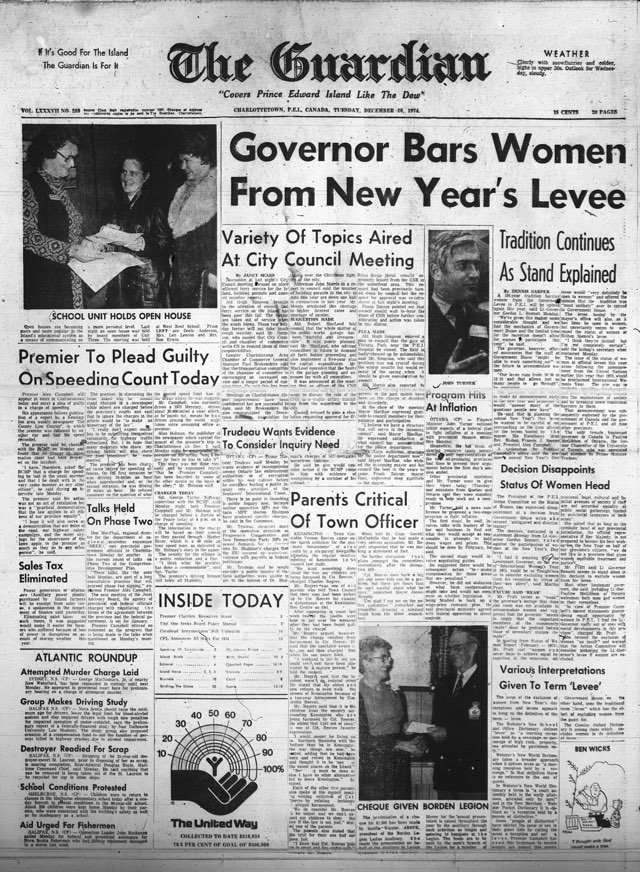 Under that headline there were three stories, under the sub-heads “Tradition Continues As Stand Explained,” “Decision Disappoints Status Of Women Head” and “Various Interpretations Given To Term ‘Levee’ ”: 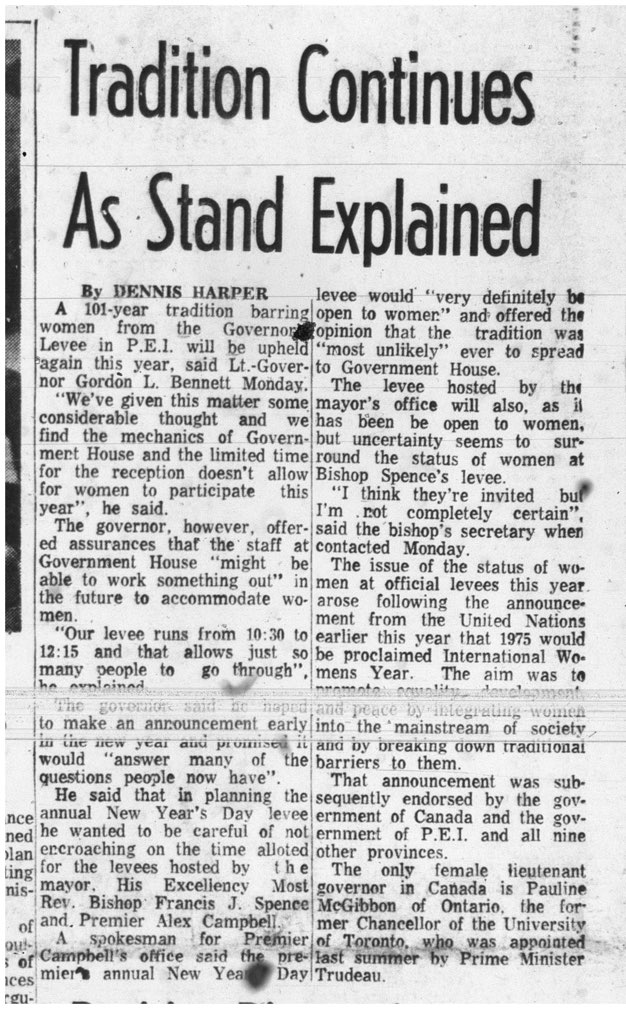 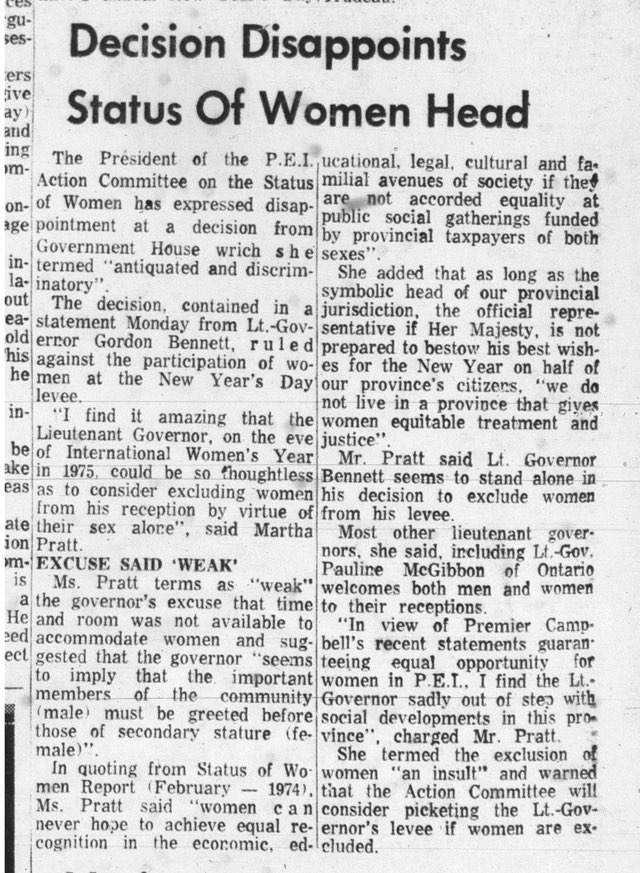 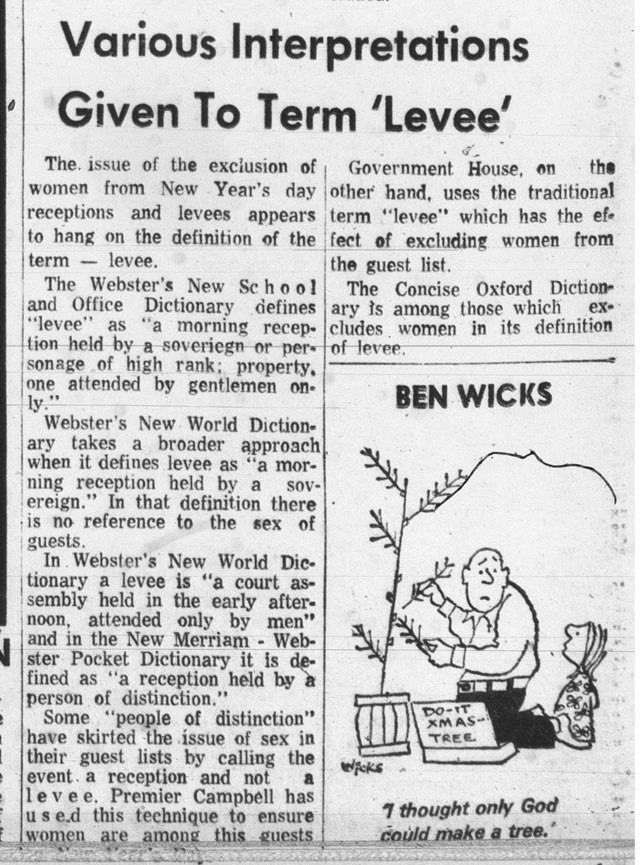 To its credit, The Guardian ran an editorial in the same issue headed “Change Due,” and calling the ban on its blatant sexism: “Granted, time may be limited for the reception, but since it is a ‘hello’ and ‘goodbye’ affairs of persons meeting His Honor what has ‘mechanics” got to do with the sex of a person?”:

More rational heads obviously prevailed, as the next day’s paper updated the story: “Women Not Barred at Governor’s Levee”: 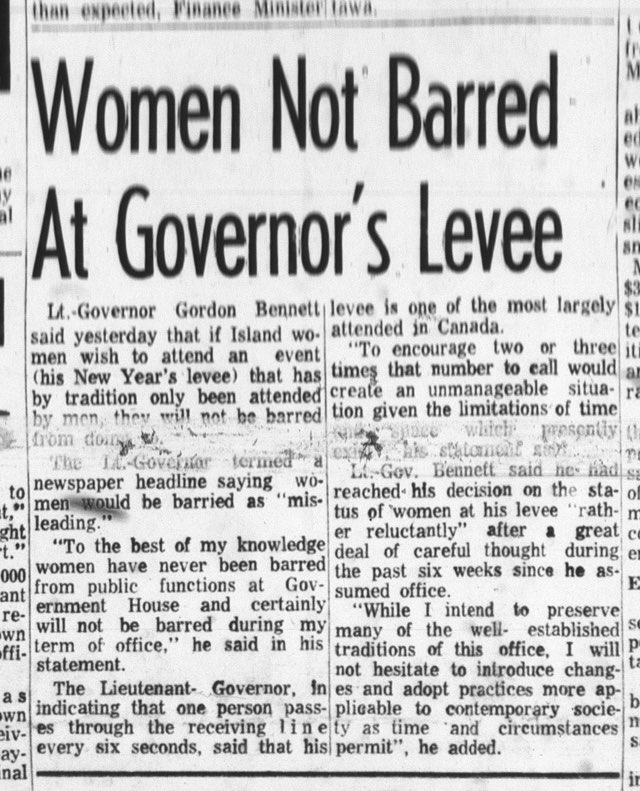 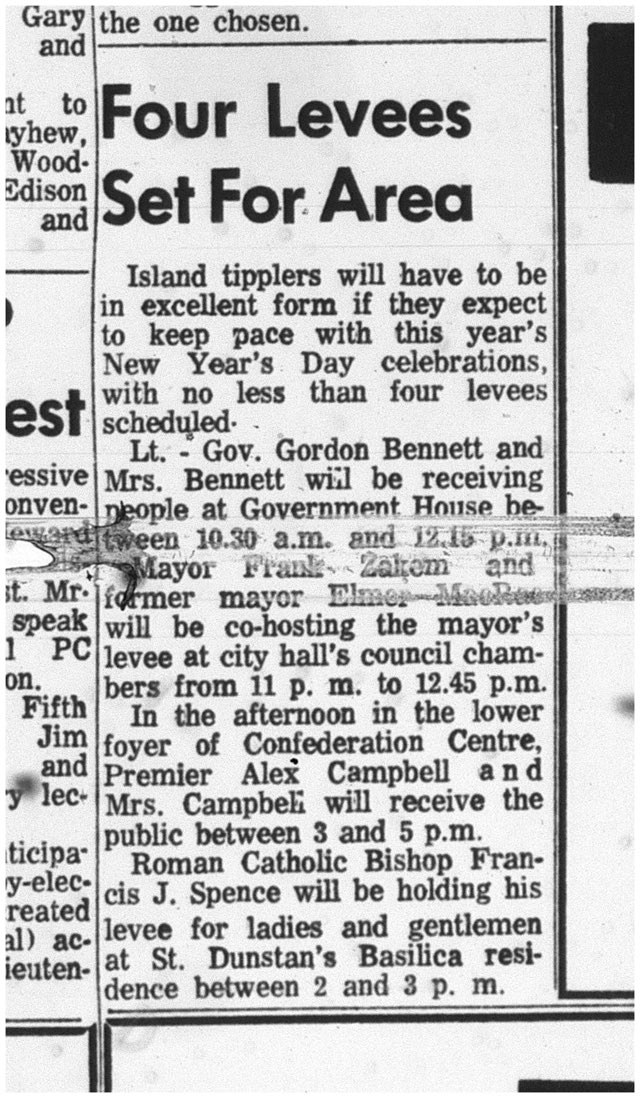 The advertisement in the newspaper for Premier Alex Campbell’s levee made a point of specifying “Both ladies and genlemen [sic] will be received,” and avoided, presumably for reasons of not limiting women, the term “levee” altogether in favour of “receiption”: 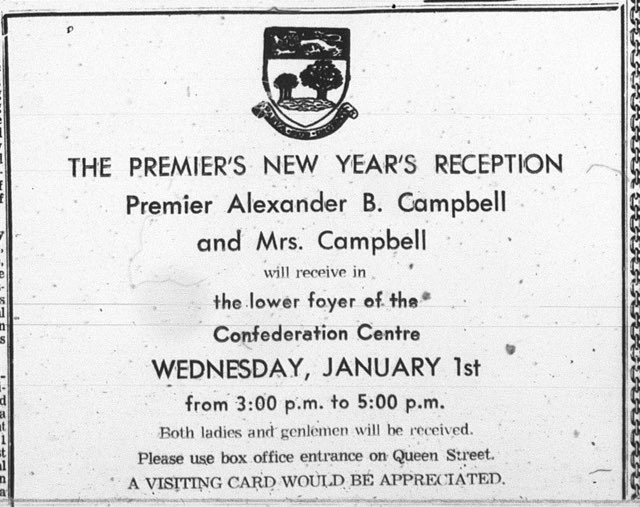 Meanwhile, while not specifically excluding women, neither the Mayor nor the Lieutenant Government specifically welcomed women either: 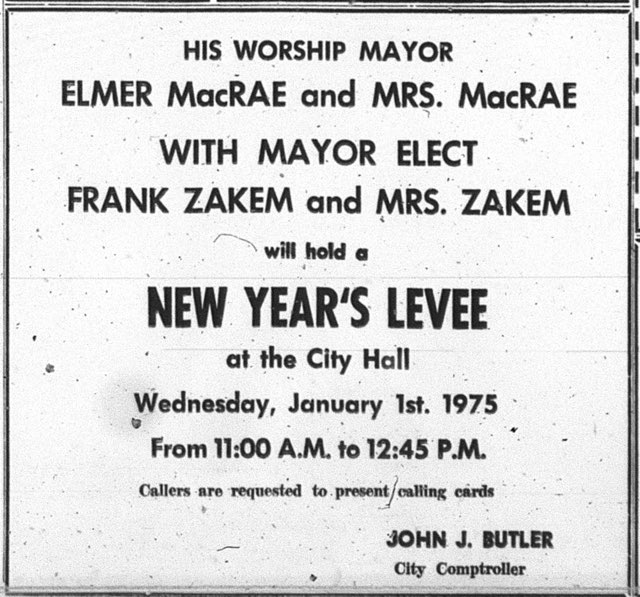 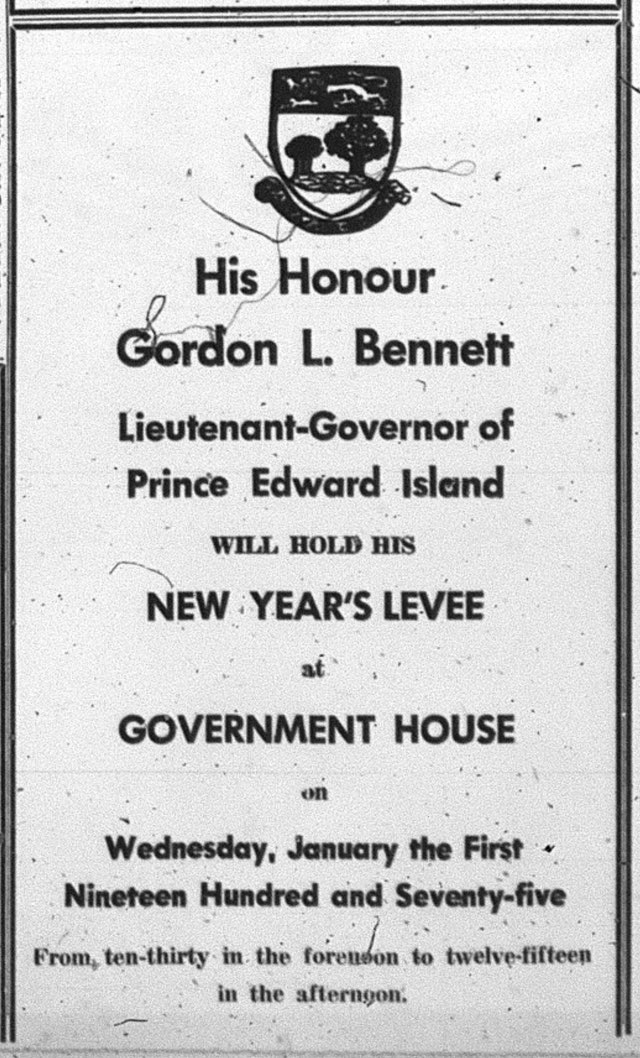 Another reminder that all are welcome at all levees, 40 years on from 1975. Find the schedule for 2015 here and I’ll see you there.