In Google Maps you can click on any point of interest on the map to see details and, optionally, you can click “Save” to save the point for later reference.

When you click “Save” you’re presented with a list of options: Favorites, Want to go, Starred places, plus any lists you’ve created previously: 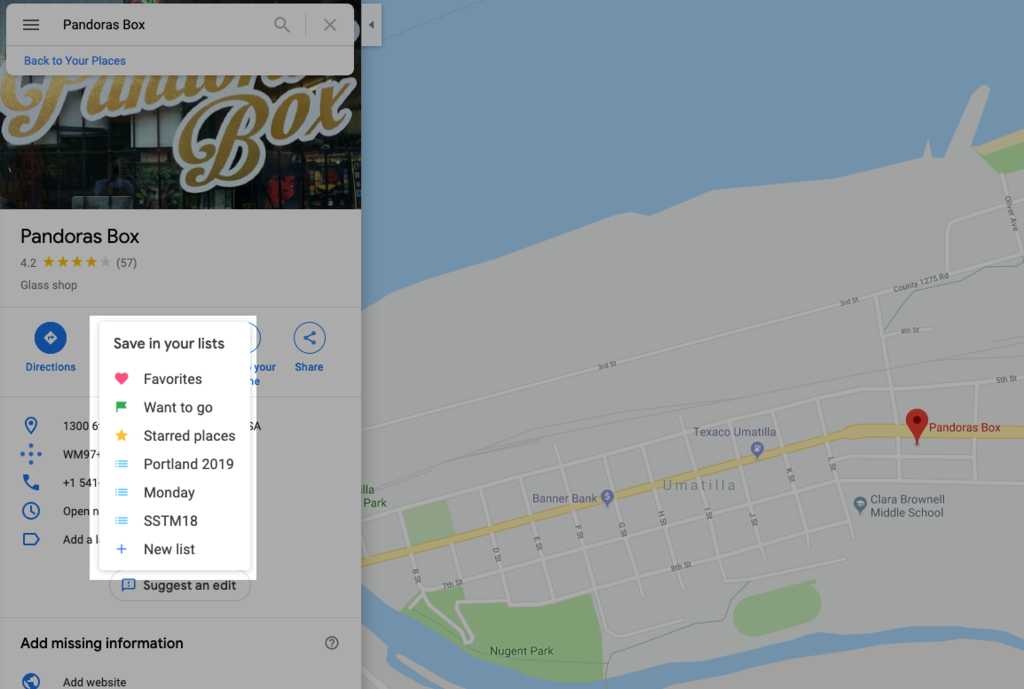 You might imagine, because of the way they’re presented, that each of these options simply represents a co-equal category in the “Your Places” section in Google Maps, and certainly the way the lists are presented there suggests this is the case: 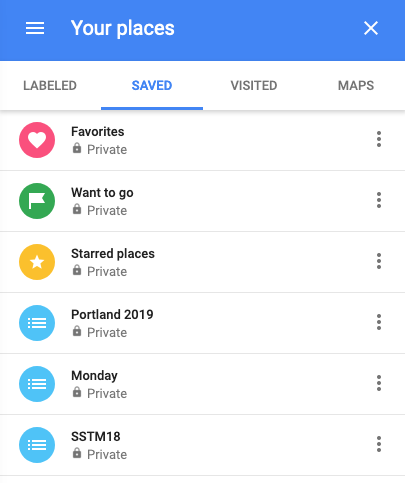 It turns out, however, that under the hood, at least as far as your ability to export your places using Google Takeout is concerned, these are very different categories.

The Starred places list is exported from Google Takeout via the Maps (your places) export:

The list that gets exported as a result is a GeoJSON file with each starred place represented like this:

That’s about as much information as I’d ever want about a starred place, and it’s very helpful to have.

Everything else–Favorites, Want to go, plus any lists you’ve created previously–is available from Google Takeout via the Saved export:

These places cannot be exported as a helpful GeoJSON file, only as a CSV, and the CSV only contains the title of the saved place, any note you added, its Google Maps URL and any comments:

There’s no geographical information in the file.

If you’ve been treating Google Maps’ ability to save places as a way of building up a list of places that you later hope to use in some other system, you’ll want to consider only saving to the Starred places list, as it provides the greatest flexibility for later export.