If you’ve spent any time transiting through Trudeau Airport in Montreal – and if you live in Charlottetown this is something you can’t avoid – you’ve likely encountered the Provincial Airlines poster above the escalator on your way down into the underground passageway that leads to the remote gulag from which Charlottetown flights depart: 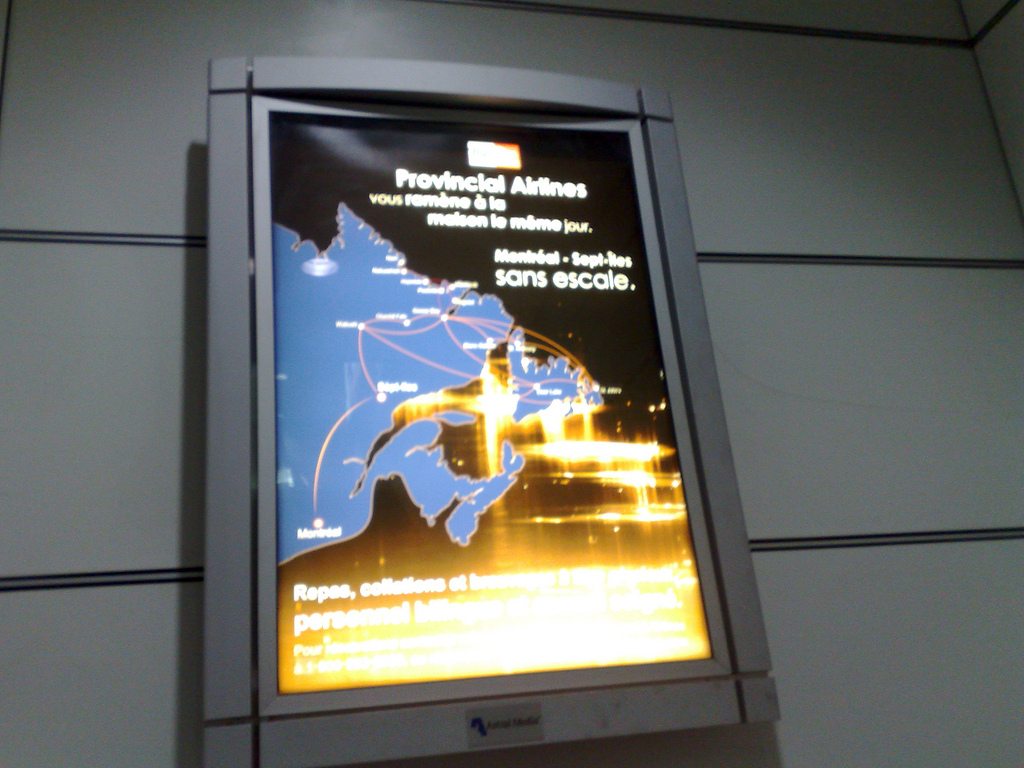 And perhaps you’ve noticed that the map on the poster is completely missing Prince Edward Island (while including, oddly, islands like Anticosti and Grand Manan).

After returning from a recent trip I decided that something had to be done about this; think of the untold damage that has resulted from thousands upon thousands of air passengers left with the impression that Prince Edward Island has disappeared.

So I emailed Customer Service at Provincial Airlines, and yesterday was happy to receive the following reply:

Thanks Peter, for your feedback concerning our map, your timing is perfect because our marketing peeps have picked up on it as well and are in the process of having it changed.

It’s so nice to receive a reply from a real person at an airline that both acknowledges a problem and points to a solution in the words. Good on Provincial Airlines.