When I talk to people about wind energy generation on Prince Edward Island, they are often under the impression that the wind is a relatively small part of the energy mix on the Island.

And there’s no doubt that because of its variability sometimes there is no wind energy generation on the Island. Like when the wind isn’t blowing. And that’s one of the significant challenges of wind’s contribution to the Island’s energy future.

That all said, sometimes there are days, like yesterday, when the contribute of wind energy is near or above 100% of the provincial load for most of the day.

On this chart, showing 24 hours of load and generation starting at 3:00 a.m. on March 11 and ending on 3:00 a.m. on March 12, the orange line represents wind energy generation in megawatts and the blue line the province’s load in megawatts (the load being “how much electricity we’re all using together”). The wind topped the load several times during the day, including the four and a half hours from 9:30 p.m. to 2:00 a.m. 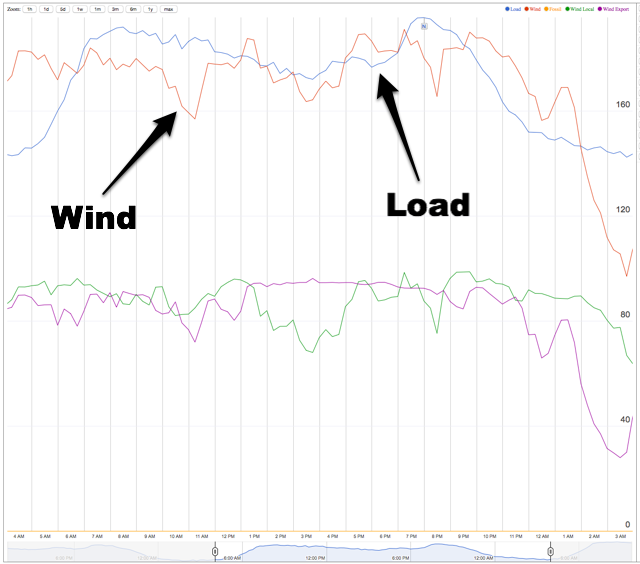