For many years Donna Glass and her capable team have been running a kayak and paddleboard rental operation out of the riverside park in Morell; construction of a new bridge in Morell, with the resulting noise and chaos, has pushed them up the shore one watershed to a new base in Midgell.

Which turns out to be not such a bad thing: the Midgell River turns out to be just as nice a river to paddle on, and is perhaps even better for the new paddler, as it’s a little gentler and more compact (Kingfisher will still shuttle you up to the headwaters of the Morell River for their longstanding bridge-to-bridge paddle, which is a trip I recommend everyone do at least once). 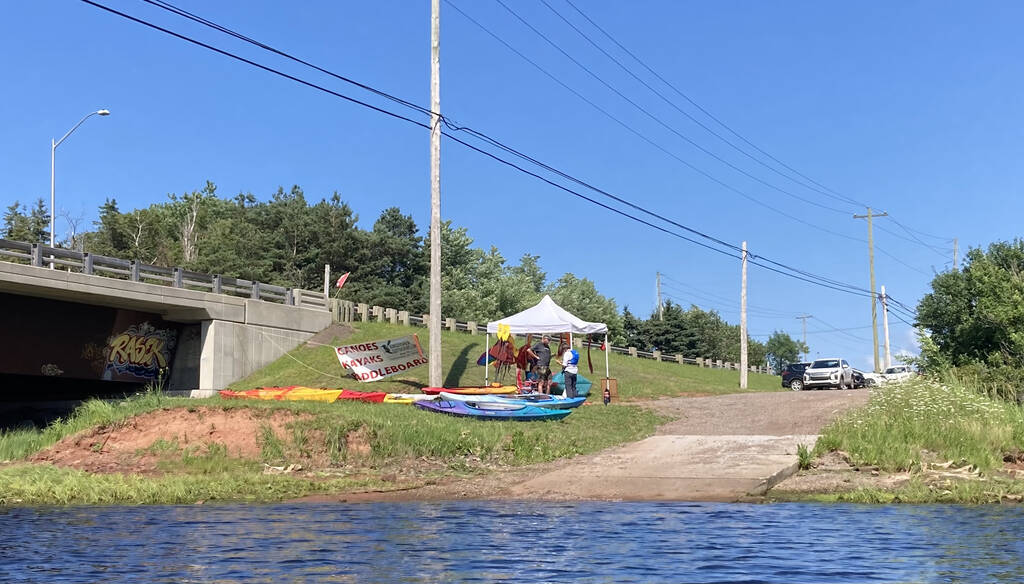 From Kingfisher’s base at the bridge over the river, you can paddle upriver, which quickly takes you from the noise of the highway around the bend into pleasant silence, or you can paddle downriver, under the Confederation Trail bridge and into St. Peters Bay, where you’ll find what we are told is a pleasant beach.

Olivia and I went out to Midgell yesterday afternoon–a warm, sunny, windless day–for the Pride Paddle, an event Kingfisher holds annually, with all proceeds going to Pride PEI and Peers Alliance. We’d booked a double kayak, and as we pulled into the parking lot it arrived back from its previous trip, so we were right on time.

We were paddling at low tide, so ran aground heading downriver; we levered ourselves out and went upriver instead. Unlike previous trips, where Olivia was more passenger than paddler, she figured out the mechanics of paddling and did as much of the work moving us forward as I did. 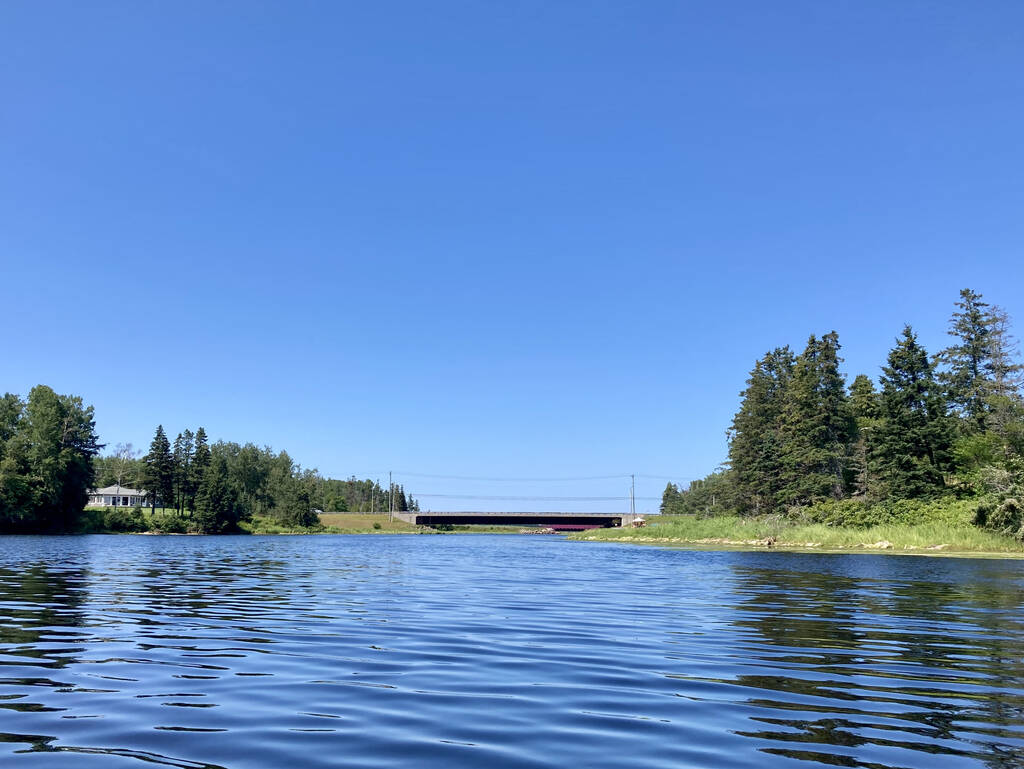 We were out on the water for about 90 minutes. It was a gentle, relaxing way to spend time on the water; it’s something that anyone can do, and especially if you’ve never explored the Island’s river systems from a kayak, I highly recommend you take advantage of the opportunity, especially this year when we’re all sticking closer to home.