I’ve lived on Prince Edward Island for 26 years and elections have been part of my experience since the beginning: the fateful 1993 election, where Catherine Callbeck’s Liberals won all but one seat, was held 15 days after I landed here.

In last week’s election there are two stories about gender representation in party caucuses.

First, the representation of women in the Liberal caucus went down to 0%, and in PC caucus down to 8%.

Second, the representation of women in the Green caucus went from 0% (or from 50%, if you include Hannah Bell’s by-election victory in 2017) to 63%.

The headline of last week’s CBC story, P.E.I. election brings slight jump for women in the legislature, doesn’t reflect the enormity of either. 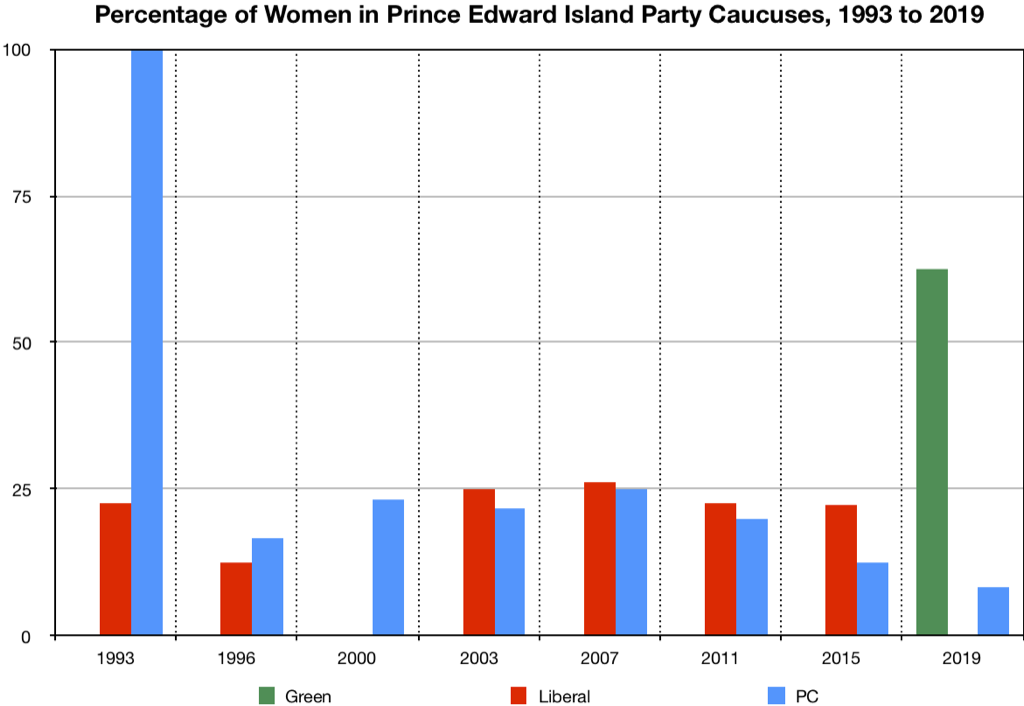