From the Colonial Herald, February 3, 1844, a letter to the editor from the residents of Prince Street: 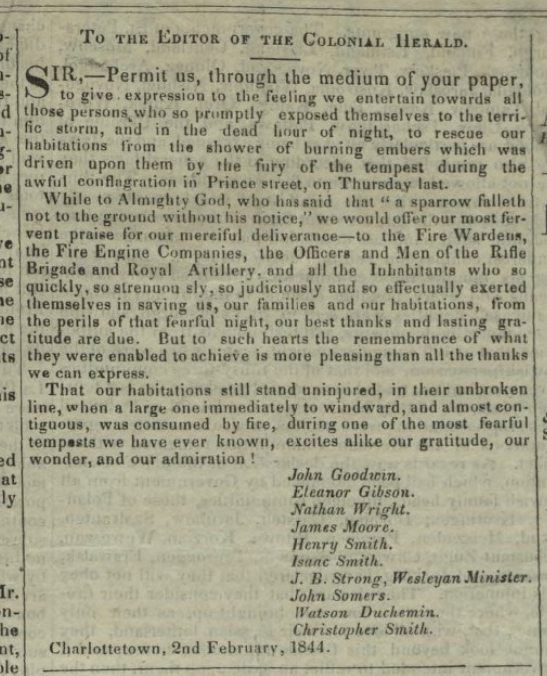 The fire to which the correspondents refer took place the previous day, in the middle of a snow storm on February 1, 1844, and was reported earlier in the same edition of the newspaper: 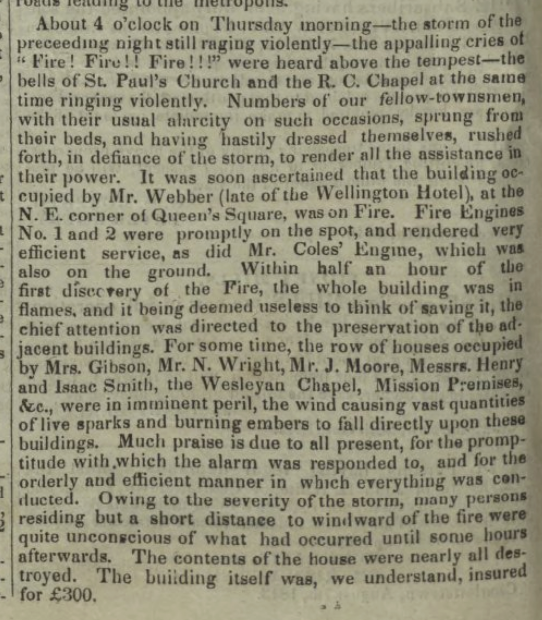 The day’s edition of the Morning News and Semi-Weekly Advertiser also reported on the file:

Our house was one of the row of houses referred to as having been in peril, the one occupied by Henry Smith; as with the others on this row, it emerged uninjured. Like the writers of the day, this excites alike my gratitude, my wonder and my admiration.