I’ve been spending my time of late completely immersed in the sun and the moon, preparing a new feature for Almanac.com that will be released shortly. I don’t know where I’ve been all my life, but man is this every crazy stuff: once you understand something about the mechanics of all these rotating bodies lots of simple everyday things — from time zones to astrology — make a lot more sense.

My work has been greatly aided by The Old Farmer’s Almanac house astronomer, and when I professed a new-found appreciate for the sky last week she encouraged me to go look up yesterday morning before sunrise to see the full moon and lunar eclipse. So I did: 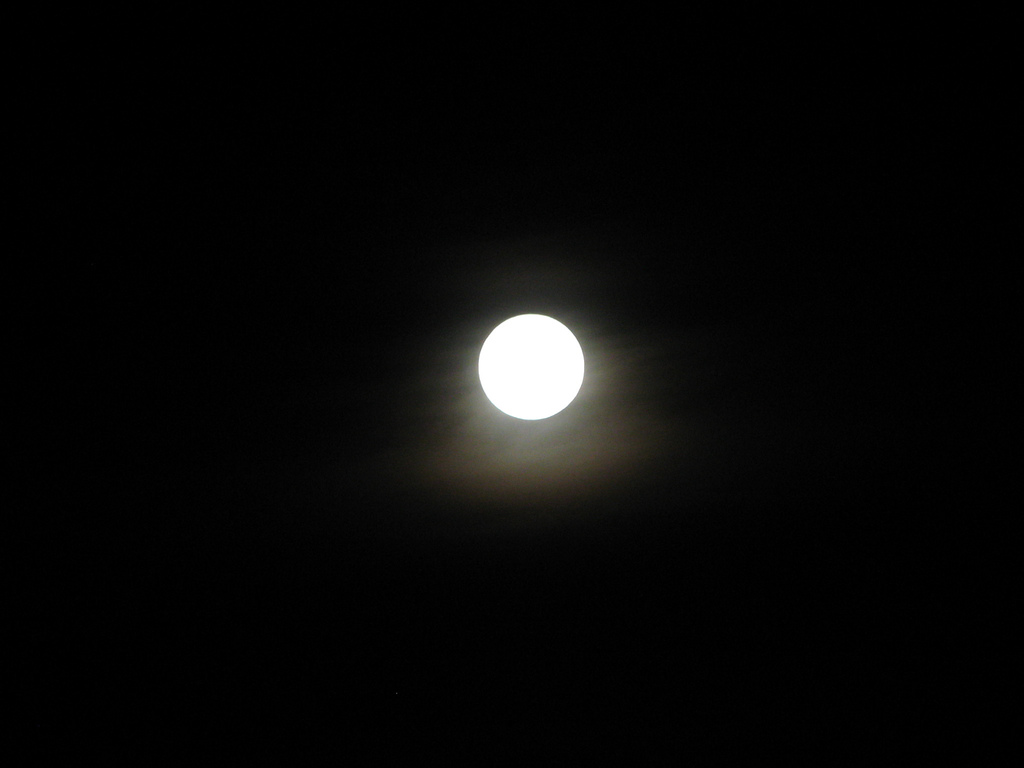 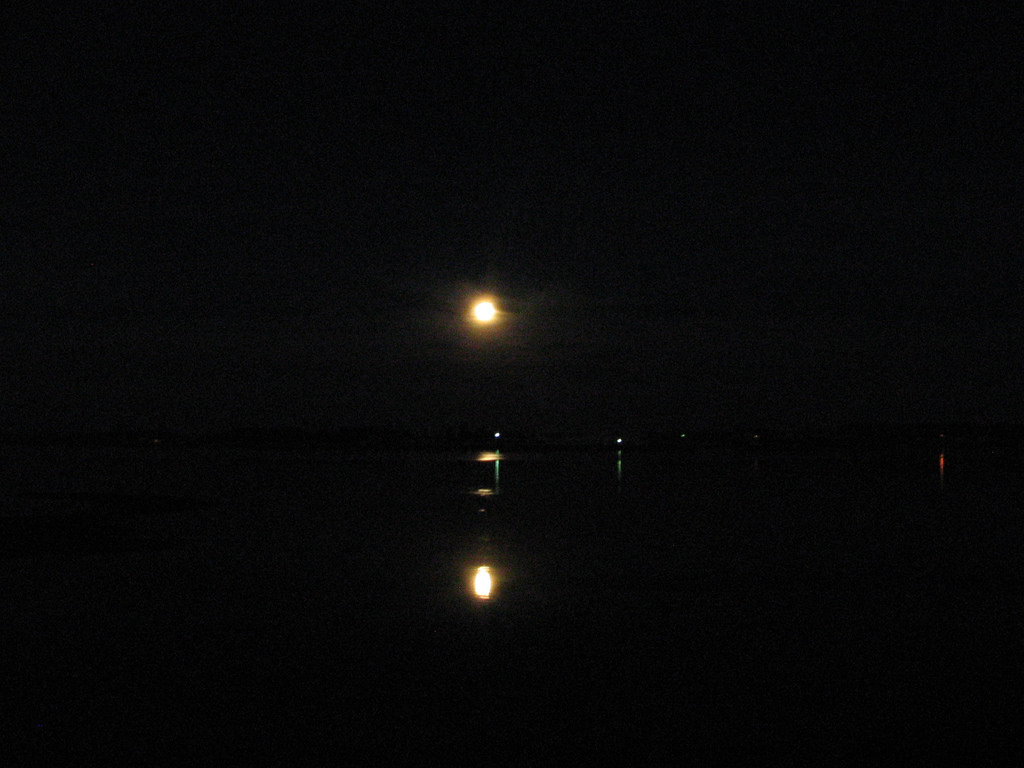 I actually woke up, unaided, at 4:29 a.m. in anticipation of all this. I headed downstairs and opened the door and looked out and saw a beautiful full moon above the St. Paul’s Church office. Faced with the prospect of waking Catherine up if I went back upstairs and got dressed, I threw on my helmet, grabbed my bike, and headed out into the dark morning still in my pajamas, camera in hand.

It was a perfect morning for riding around the deserted streets of downtown Charlottetown in your pajamas. I headed down Richmond Street to Charlottetown Harbour, spent some time walking up and down the boardwalk (which was annoyingly completely lit up by bright lamps despite the hour), and the rode around to Victoria Park hoping for greater darkness (it was lit up too, alas).

By 6:00 a.m. the moon had disappeared into the clouds and I turned back towards home. And therein realized that while it’s perfectly natural to be riding around on your bike in your pajamas at 4:30 a.m., it’s a little weird to be doing so at 6:00 a.m. as the citizenry are emerging from their houses and headed for Tim Hortons. 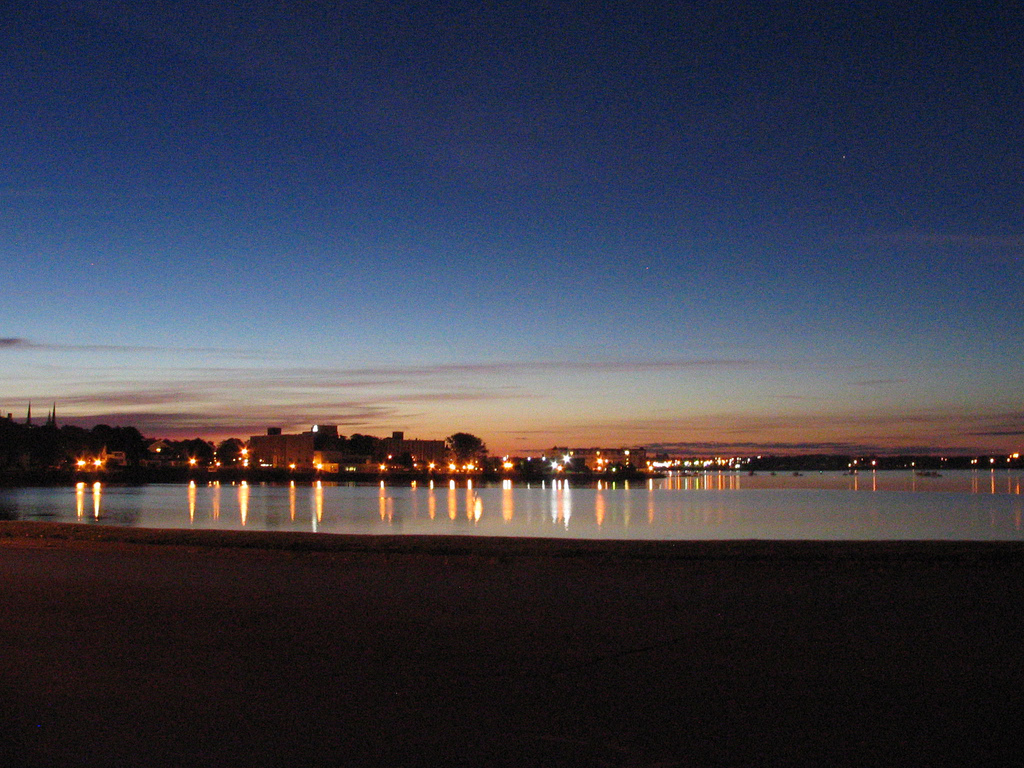 I made it home unscathed, and fell immediately back to sleep for another three hours. Now I’m thinking that it would be awfully cool to be able to see the night sky sometime soon unfettered by the lights of the city. Can telescope purchase be too far behind?

Allow me to be the first to welcome you to the universe, Peter. Live long and prosper.