We workers of Queen Street arrived Monday morning this week to find that the Freshii location in the old Woolworth’s was closing up shop.

When Freshii first opened I was a regular customer, often getting lunch there two or three times a week: the food was, true to the name, fresh, the staff were friendly, and it was handy-by.

Over the last while, though, I soured.

From a quality and service perspective things never seemed to be the same once partner-business Dynamic Fitness moved to Pownal Street. The Freshii online ordering app, which I tried to use as an early-adopter, was an unmitigated disaster. Other places opened nearby that were more on their game.

The straws that broke the camel’s back happened at a brand level: first came the refusal to abide by Ontario’s requirement to publish calorie counts for menu items, and second was what appeared to be a doubling-down on the “juice cleanse” fad, something that is absent scientific evidence.

And so I hadn’t been into Freshii for more than a year when the news came. And so I was right: 2016 was Peak Juice Bar in Charlottetown. 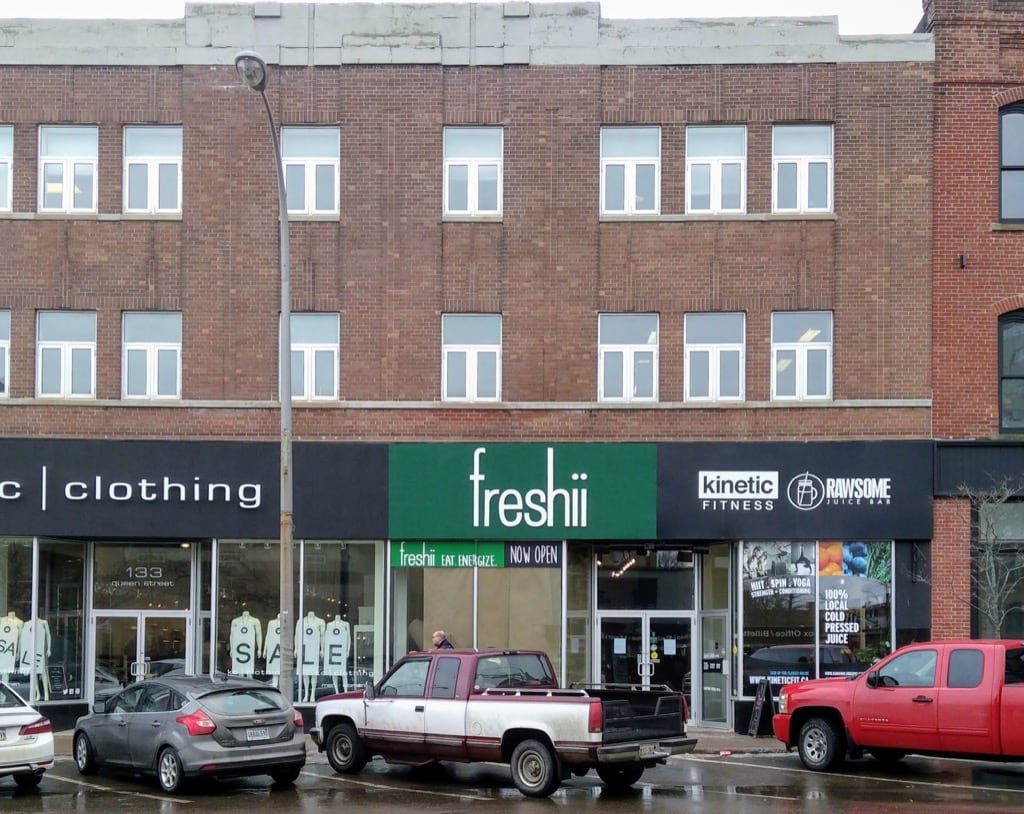