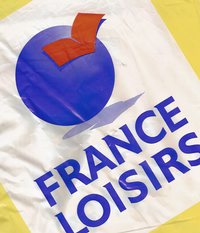 There is a store we saw many times in France called France Loisirs that sells books, CDs, DVDs and develops film. Oliver and I went into the branch in Limoges in search of a colouring book; we found a good one, but when we went to pay we were told we had to be a “member” to purchase. While I wasn’t entirely clear on the details, it seems as though you must be a resident of France to qualify. Fortunately, the kind clerk let us proceed without membership, although she made it perfectly clear with her body language that we shouldn’t return.

If anyone knows more about France Loisirs and how its works — perhaps it’s a coop like Mountain Equipment Coop? — let me know.

France Loisirs appears to be something like the Book of the Month Club. You subscribe by picking two free books from a limited selection of thirty five and then you give them your address. Once you’re in you have to buy one book per trimestre. You agree to buy at least eight books, then if you want to you can quit. The upside is that you get what they say is a 25 percent discount from the regular price on books as well as attractive prices for CDs, books on tapes etc. Every trimestre they send you a catalogue to choose from. You can also get help with your choice from their clerks at their stores if you call them.

From their Web Site: http://www.franceloisirs.com/F…

I’ve also posted the web address above as my own web site.

hi i m french living in england and was a member of France Loisirs years ago.It s great for discounts and their monthly mag .The magazine do write up on authors,recommend books depending on your tastes,put stories in a nutshell as to know about the book.