After 10 years, the owners of Formosa Tea House are packing up shop and moving to St. John’s, Newfoundland to start the next chapter of their lives.

The Formosa has been important to Charlottetown in so many ways: it was the bellwether of so much of what’s happened in the city’s restaurant scene in the last decade; it’s hard to remember that when they founded the tea house on University Avenue back in 2001 most everyone thought they were crazy – a tea house… in Charlottetown!?

But they persevered until customers found them, and then expanded into the bright yellow house on Prince Street where they found an even wider customer base. Along the way they created the kind of “third space” that was almost completely novel for Charlottetown: a peaceful, comfortable place with low prices and a welcoming attitude where you could just go and hang out for a while.

Rumour has it that the last day of operation in its current form will be this Tuesday, so if you’ve ever been a Formosa regular, you have two days to stop in an pay your respects.

As Chien and Fen move on, a new group of owners – monks from The Great Enlightenment Buddhist Academy in Little Sands – is gradually reshaping the place, and today was the day to start the repainting. 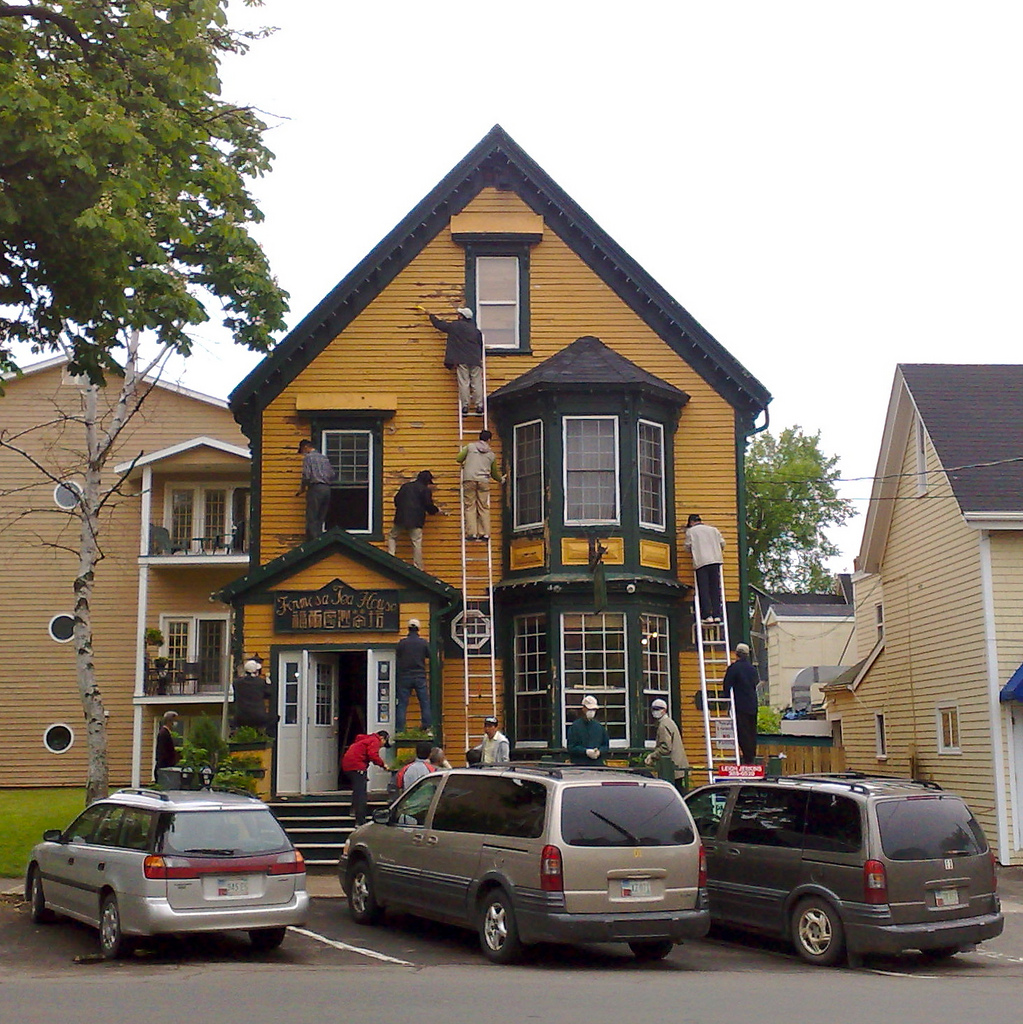 I’m so sad that I won’t be able to visit before they close. I’ve been living in Toronto for the past several years, and I have yet to find anything that matches Formosa Tea House. It is a special place, and I have a lot of lovely memories of the owners and of the little girl who used to wait on the tables at times (she must be grown up by now).

Are the new owners making it a religious facility or (hope beyond hope) might there still be a tea house there? Are any of the tea houses still in Charlottetown? I remember the one on Grafton, but that closed as well.