Back in May I wrote about our plans to take Ethan, Oliver’s dog guide, to Europe with us for a family vacation. We’ve been there and back, and here are a few notes on how the experience went:

On all of the flights we took with Ethan he was the very picture of a well-behaved service dog: he scrambled into his place at Oliver’s feet and simply remained there for the duration of the flight. Even, as on our return flight to Halifax, when the flight was 7 hours long.

The oddest Ethan-related event of our trip was surely when the Düsseldorf gate agent asked his weight.

“He’s 61 pounds,” I said, realizing that even as I said this she was expecting the weight in kilograms.

“Oh, no, I mean, oh, around 120 kilograms,” I jumped in, forgetting that I needed to divide not multiply.

She looked confused and asked me to put him up on the scale. Which is how we came to this: 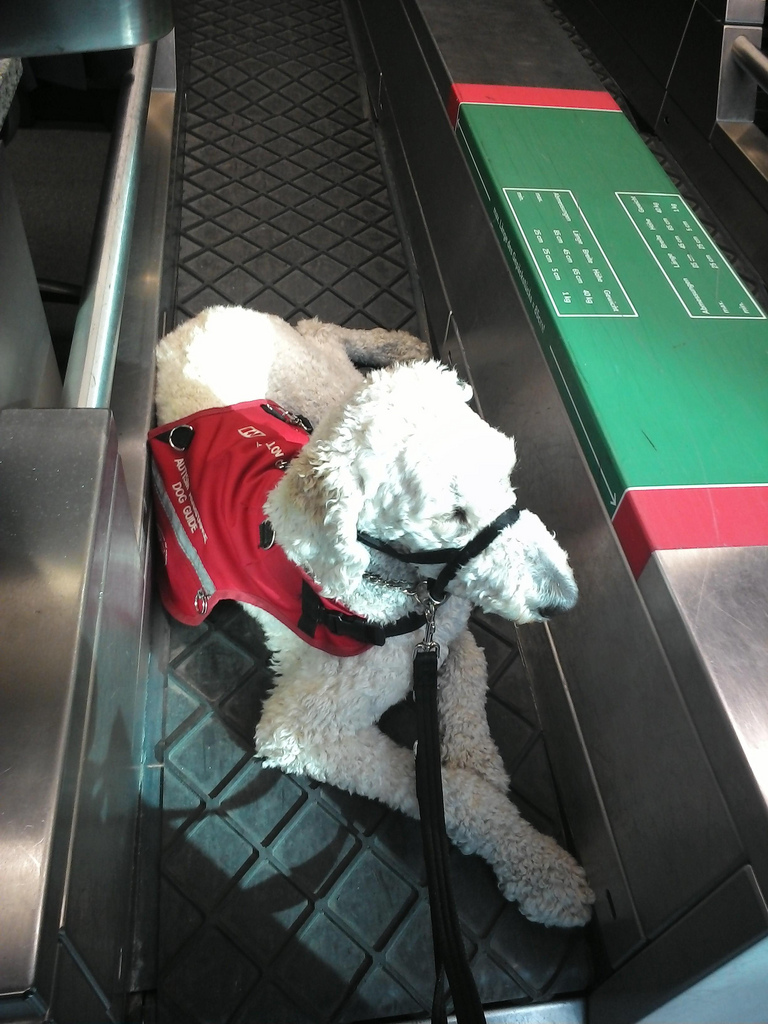 I was terrified that somebody was going to press a button that would suck Ethan, suitcase-style, into the baggage handling system. A delightful scene for a Disney movie: less delightful a prospect when it’s your family service dog. Fortunately it didn’t happen.

Our general marching orders from Dog Guides Canada when they sent us off into the world with Ethan was “life your life as you normally would, but with Ethan along side.” And so that’s what we did, and why we went to the trouble of arranging to have Ethan accompany us on the trip. Because this was our first experience, with a learning curve and two airlines, it probably added 5% more to the travel planning process, but I expect that for future trips this would be less.