Every summer when we were kids my father would go “in the field.” We assumed, I think, that every father did this, so it didn’t seem unusual: for him it meant going to a different spot on one of the Great Lakes every summer to do field work for his job as a near shore sedimentologist. Often we got to go along for at least part of the summer; indeed we watched the Moon landing on a tiny black and white television set in a VW microbus on the shore of some lake or another.

As I type I am sitting aside my own VW microbus. My “own” in the sense that we’ve rented it for 2 weeks for a tour of the Netherlands 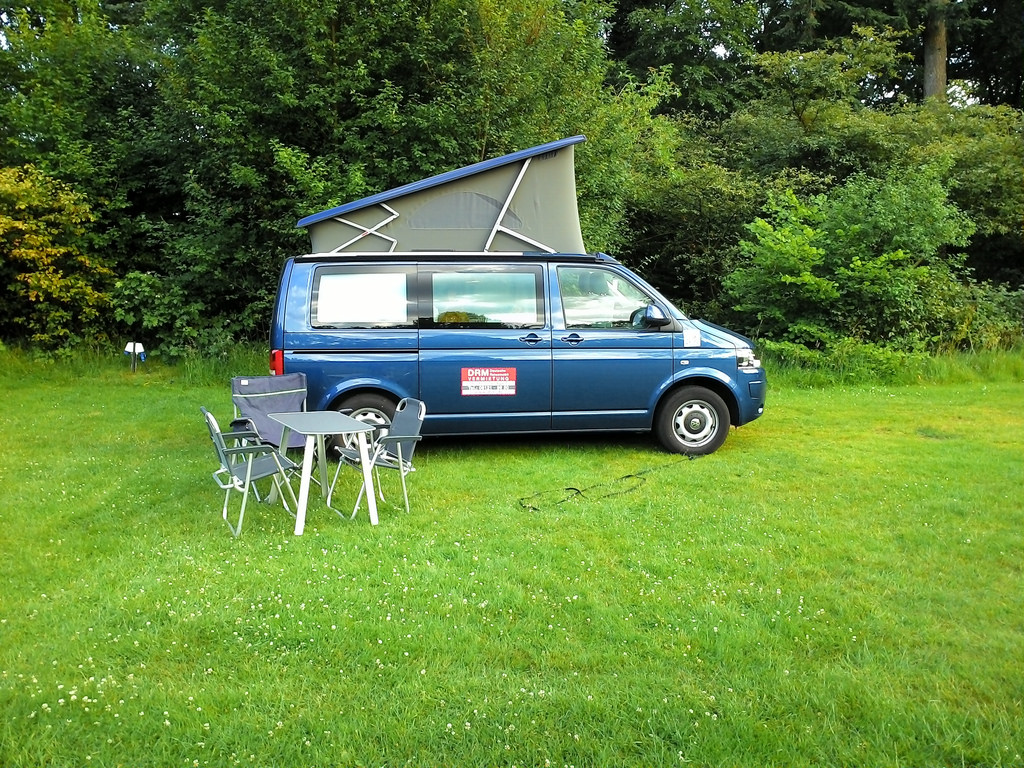 I too am in the field, but in this case simply because I actually am sitting in a field, in campsite “Natuurcamping De Hoge Veluwe” that’s part of the De Hoge Veluwe National Park in the middle of the country. The view from my chair looks like this: 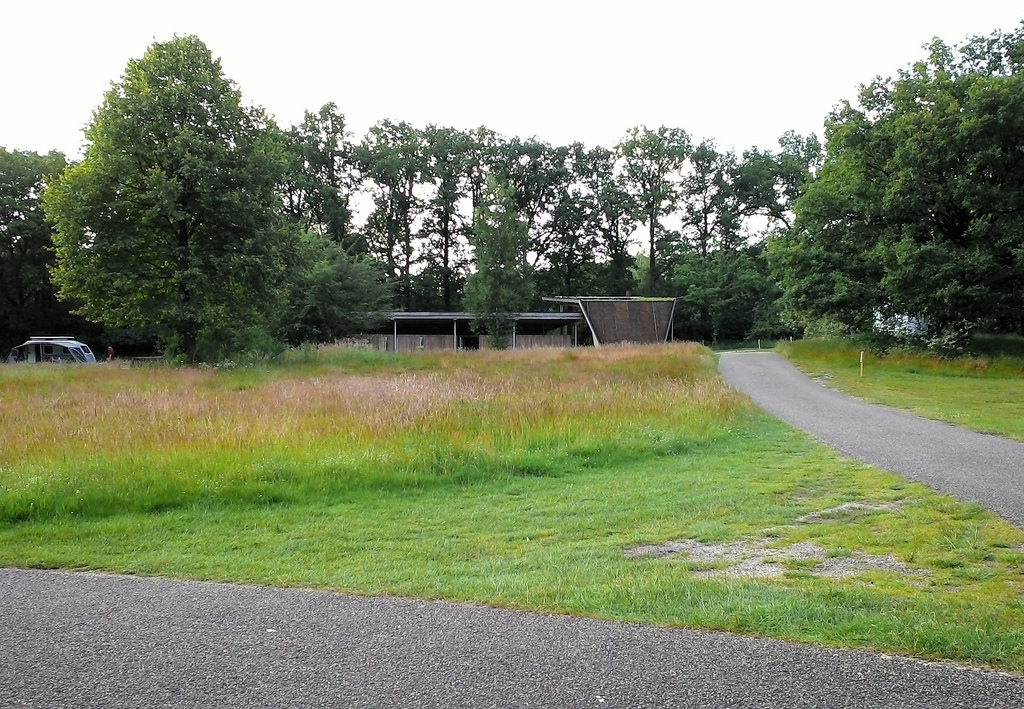 That the “sanitary station” you see in the distance, an ecologically-designed place to shower and wash dishes and ablute. It has a green roof. And a free lending library. Oh, and there’s wifi, provided as part of the site rental along with electricity.

We arrived here late this afternoon after spending a pleasant day slightly to the north in the town of Meppel. Last night we camped between a highway and a canal; we cooked breakfast and then headed into town for a lunch with Bill Whelan and Michelle Coutreau, Islanders who, as it happens, are also touring the Netherlands by VW microbus this June (this required, as you might imagine, a rendezvous: how could we not!).

We spent the afternoon at the Drukkerijmuseum Meppel, the nicest little printing museum you ever did see. Where Oliver was taken under the wing of a kindly Dutch printer who guided him through the process of making paper, setting type, and printing: 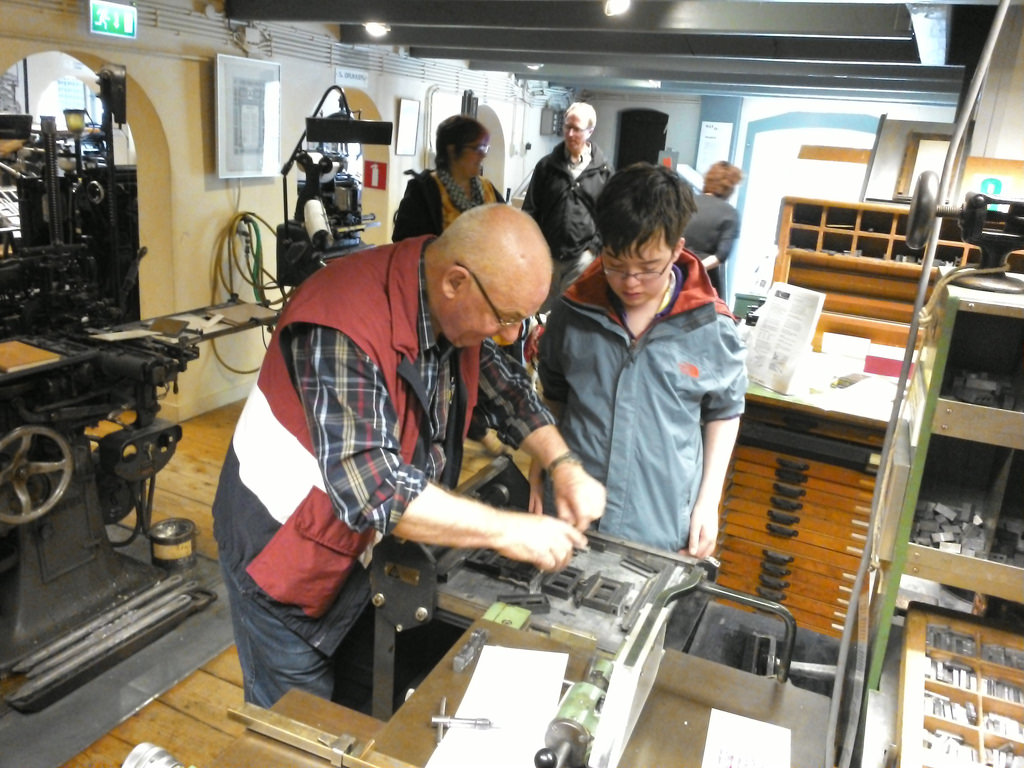 We even got a demonstration of an Intertype machine (cousin of the Linotype), the most marvelous of marvelous machines: 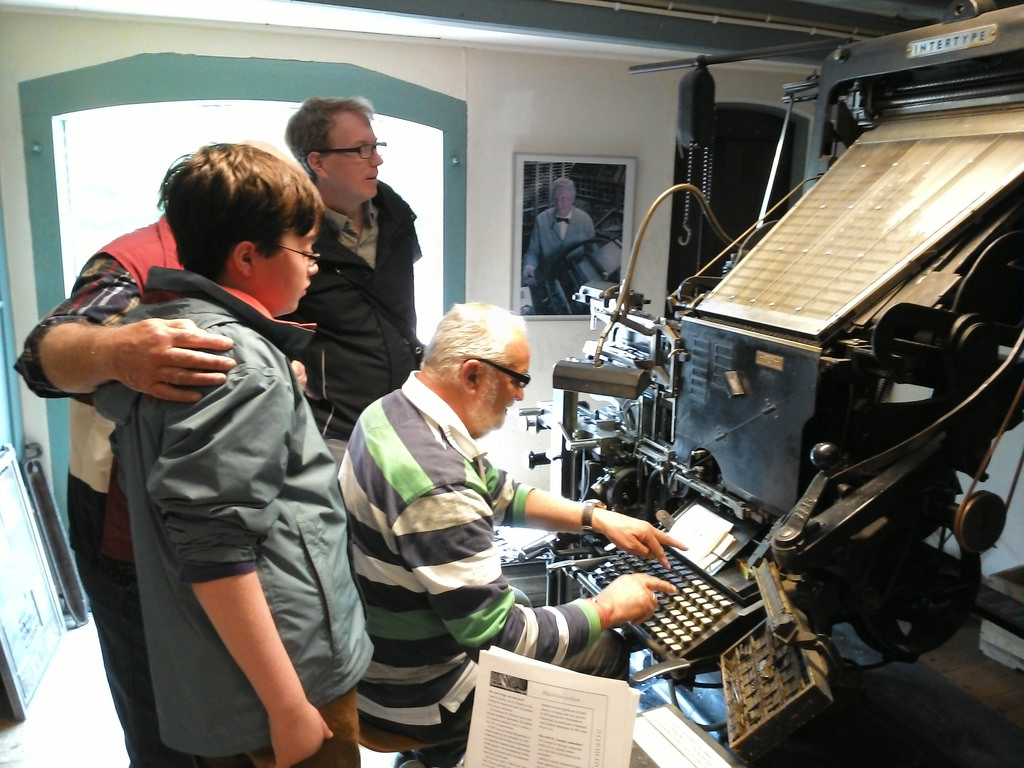 Oliver has a slug of “Oliver Rukavina” burning a hole in his pocket, which is sure to attract the eye of airport security, or at least public health, as we make our way home.

Hoge Veluwe seems like a truly magical place: the campground is more wildernessy that others we’ve stayed at (something that Catherine, who has seen real wilderness, would dispute if she was reading over my shoulder, and that the presence of wifi would seem to contradict). There is a fleet of freely-borrowable white bicycles at the entrance and visitors are encouraged to leave their cars at the gate and bicycle about. Our plan for tomorrow is to borrow a tandem bike for Catherine and Oliver, and a cargo bike for Ethan and I, and do our own tour about.

Oh, and did I mention that in addition to all the wilderness, there’s also a museum on the grounds filled with works by Seurat, Picasso, Leger, Mondrian and others? So maybe it’s not wilderness at all.

We’ll likely stay another night so as to be able to take advantage of the twilight “Wandelen of fietsen naar een wildobservatieplaats” after supper.

And then it’s on to… not sure yet. One of the great things about being in the field – at least this one – is that there are no plans.