The time between Christmas and New Year’s Day, it seems from our experience, is always filled with the unexpected.

Last year it was my father-in-law taking a tumble on a Charlottetown sidewalk and breaking both his wrists (something he only learned after 24 hours of living with them thinking it was just a sprain).

This year has been no exception.

Monday night it was Ethan’s turn to be the unexpected.

After a perfectly normal day, he woke up in a state after midnight, barking and whining and clearly needing to go out.

Catherine got up first. I got up second, about half an hour later. And then Catherine, bless her soul, got up for times number three, four, five, six and seven.

Over the course of the overnight hours Ethan managed to poop and barf out everything in his digestive system and, come daylight, both he and Catherine were exhausted and lethargic.

We made an appointment with the vet and at 3:00 p.m. we bundled Ethan in the car for the ride uptown (the beneficiary of our new snow-plowing contract, thanks to the Herculean plow-finding efforts of our neighbour).

After some poking and prodding and temperature-taking, our personable and capable vet surmised Ethan had fallen victim to a gastrointestinal virus. He was given some subcutaneous fluids (giving him a short-lived watery hunchback), and we took home some anti-diarrheal medication, and some stomach-friendly tinned food.

I’m happy to report that today the spring appears to be back in his step and he seems to be on the mend.

The week wasn’t over with us yet, though.

Despite my best efforts to clear all snow from our roof as soon as it falls – recall my experiences with this genre last year, which are a great motivator to early-action – on Tuesday night Oliver reported hearing a drip-drip-drip in his room and, upon investigation, I found that, indeed, water was coming into the window cavity on the back of the house.

I did what best I could to remedy the situation, lining the windowsill with towels and buckets; and left things for the night.

Other than a bucket’s worth of water gathered (in a bucket, fortunately) this morning, things seem to have subsided.

I will continue my regular roof-raking (it’s become oddly theraputic), but I fear we haven’t seen the last of Old Man Water this season.

(If we’re chatting next summer and I happen to say anything like “oh, it wasn’t so bad; we can wait another year to fix the roof,” please refer me to this blog post).

The week isn’t over yet; I’m hoping the worst is over. 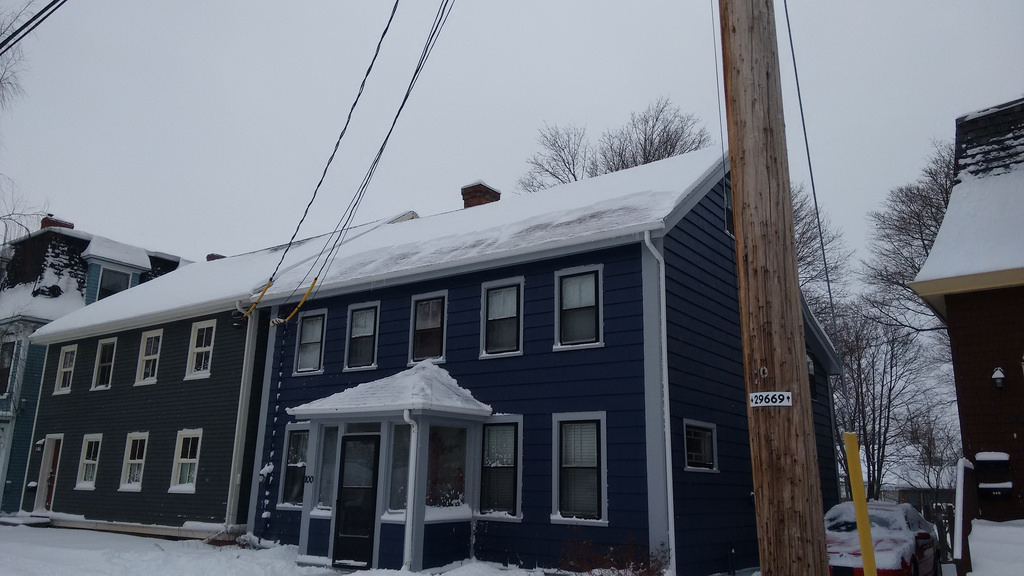