Back in April, seemingly on the spur of the moment, Catherine created a quilted wall hanging for a public event at Trinity United Church to memorialize the many city elm trees that were being cut down due to Dutch Elm disease.

At that same event, Todd E. MacLean both performed a beautiful solo on the sax and delivered a poem he’s composed for the occasion, To the Fallen Elms of Charlottetown.

Printing on fabric turns out to be harder than I thought: not only is it harder than paper to keep in place, but it doesn’t take to the ink in the same way that paper does, resulting an less-even inking that I would like. Nonetheless, I’m happy with the result, and I’m happy that, for the first time (other than Oliver!), Catherine and I got a chance to collaborate on something. 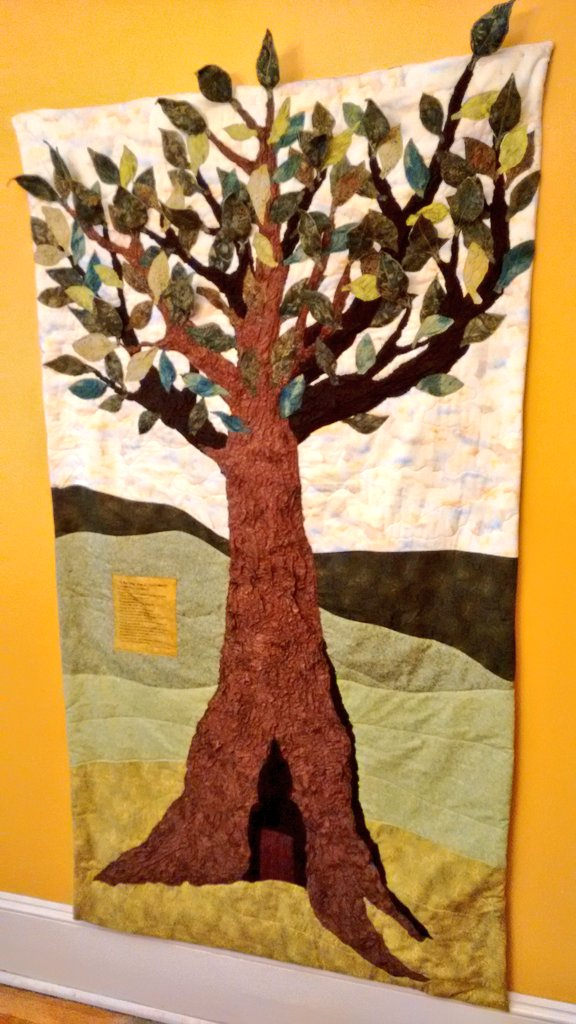 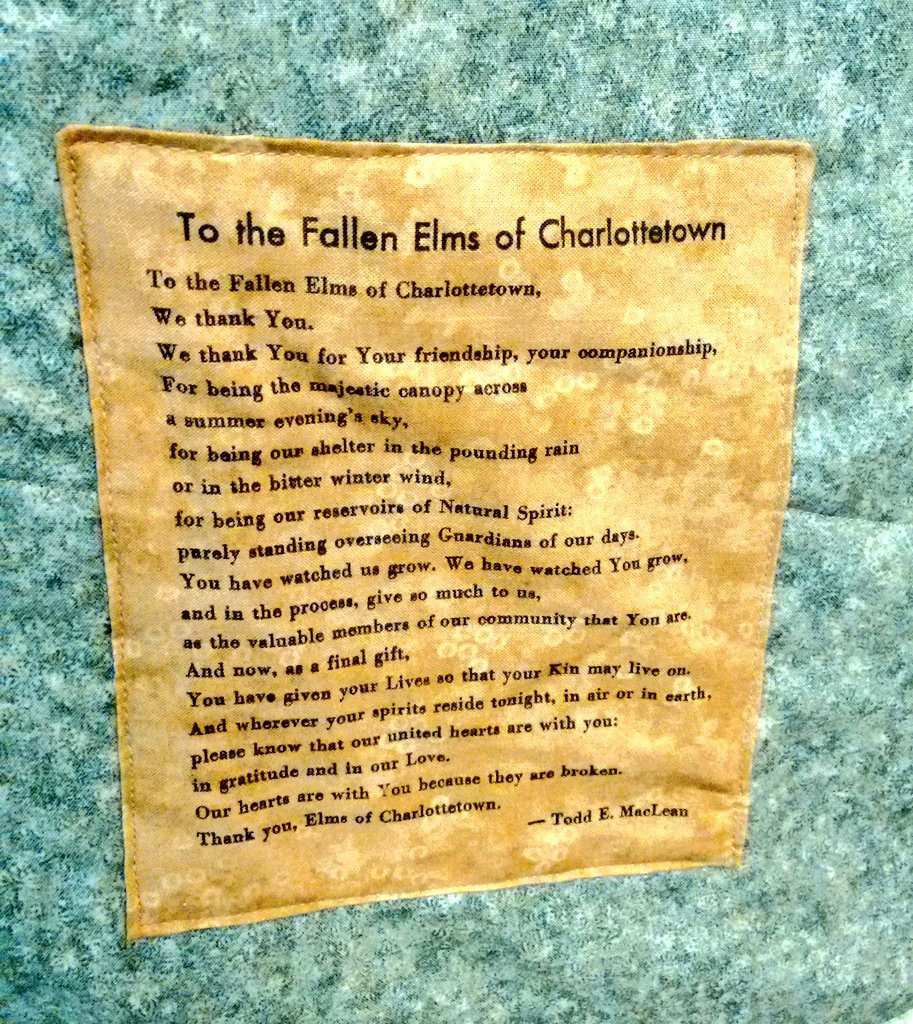 I showed your collective work(s) to Mom and read her the poem by Todd E. MacLean and your post Peter. Is that a yellow wall in your house? Catherine's piece is beautiful.