On the train yesterday Oliver and I counted 18 science museums that we’ve visited over the years, from Boston to Košice, Genoa to Lisbon. Given that I spent an entire semester of high school embedded in the Ontario Science Centre, it’s a sort of institution near and dear to my heart, and although there’s overlap from city to city – the infra-red camera, the spinning chair you sit in while holding a spinning bicycle wheel and the like – each museum has its niche and we’ve never been bored. You might even say we’re science centre tourists.

Yesterday was no different: we caught the train from Malmö, where we’re spending a week visiting friends, across the water to Copenhagen for the day (this sounds exotic, but it’s a quick 30 minute train ride that feels little different than going from Oakville to Toronto on the GO Train). Our destination was the Experimentarium in the northern suburb of Hellerup.

We had a fantastic time, and spent almost 5 hours there. We started our visit with the special Body Worlds exhibition that’s been making its way around the world. To be honest, the prospect creeped me out a little: Body Worlds centres around a collection of “plastinated” bodies – real human bodies whose formerly-living owners had donated them to be preserved and put on show. And while it is all a little creepy, it was also fantastically interesting to see things like the nervous and circulatory systems, muscles and brain exposed. We both learned a lot about how the body fits together and left feeling, I think, a little more animal.

The rest of our time was taken up in the vast second floor exhibit hall, exploring everything from animation to sedimentary processes (a passion Oliver, grandson of a sedimentologist) to a very well constructed exhibit on the senses. 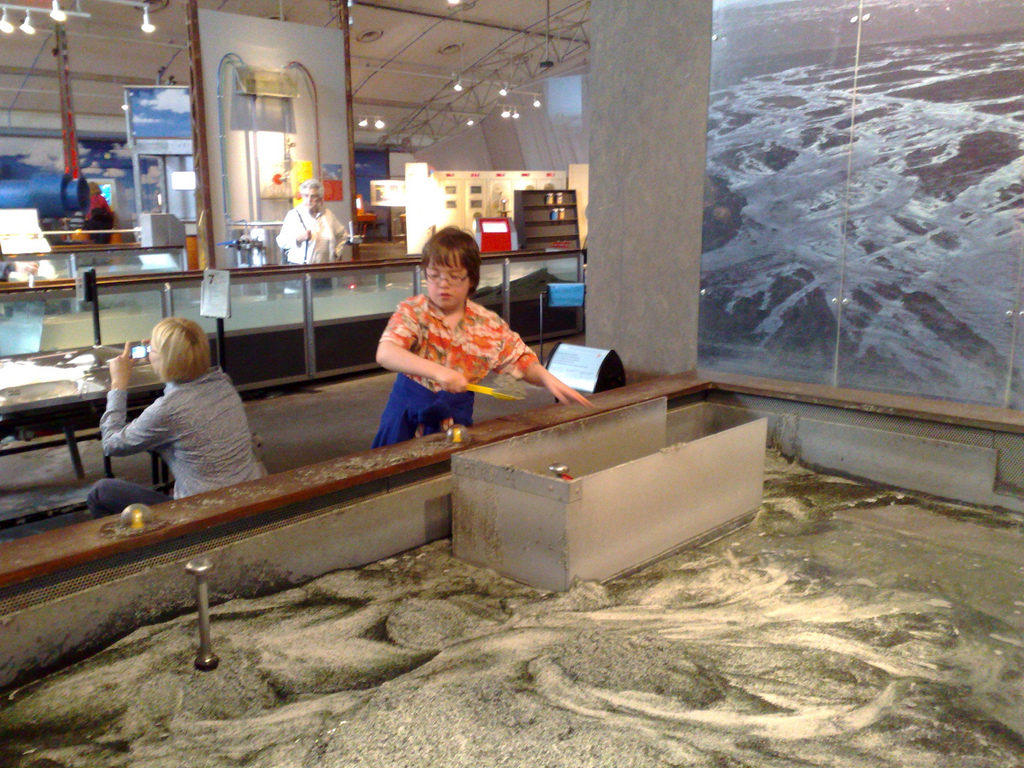 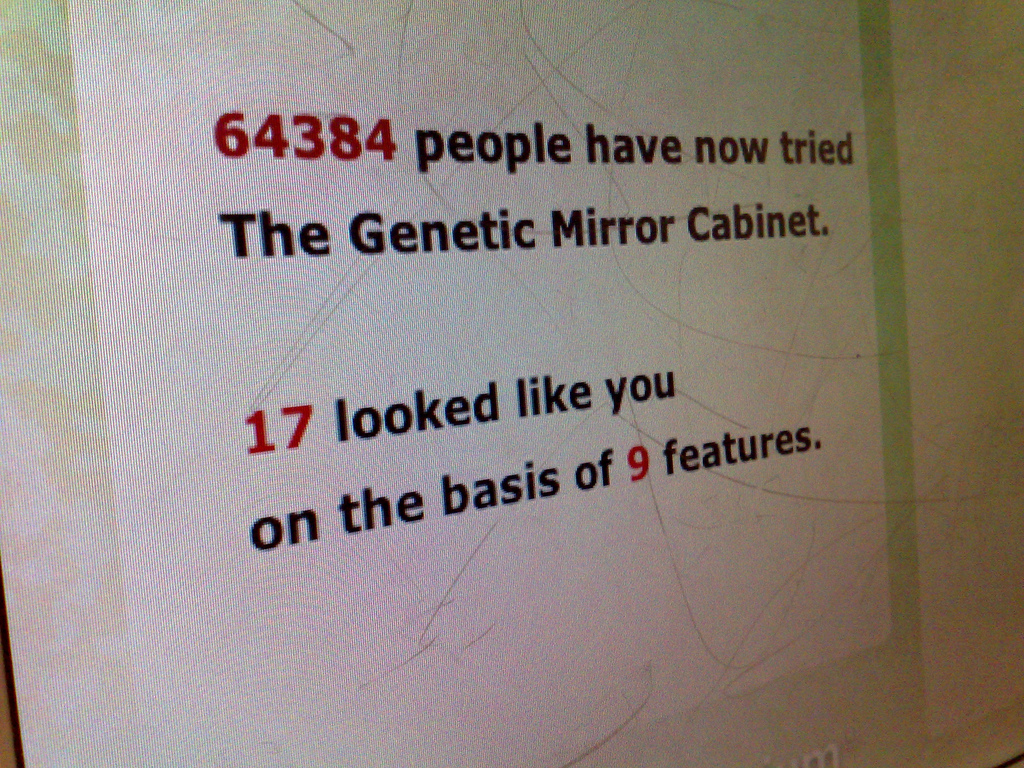 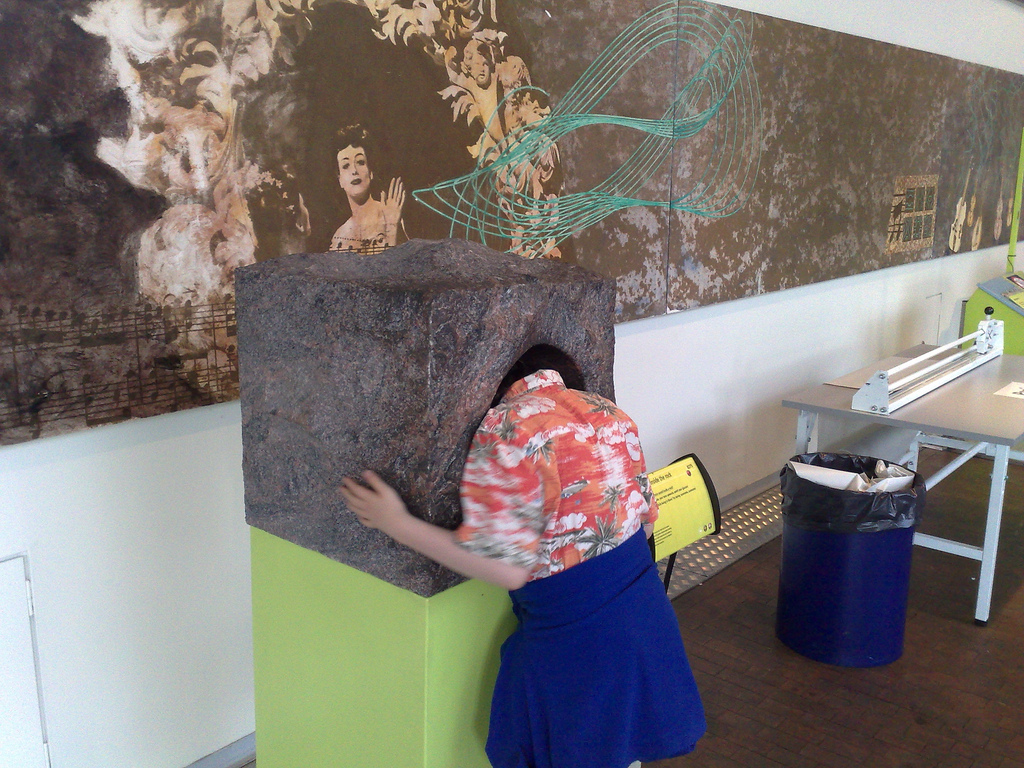 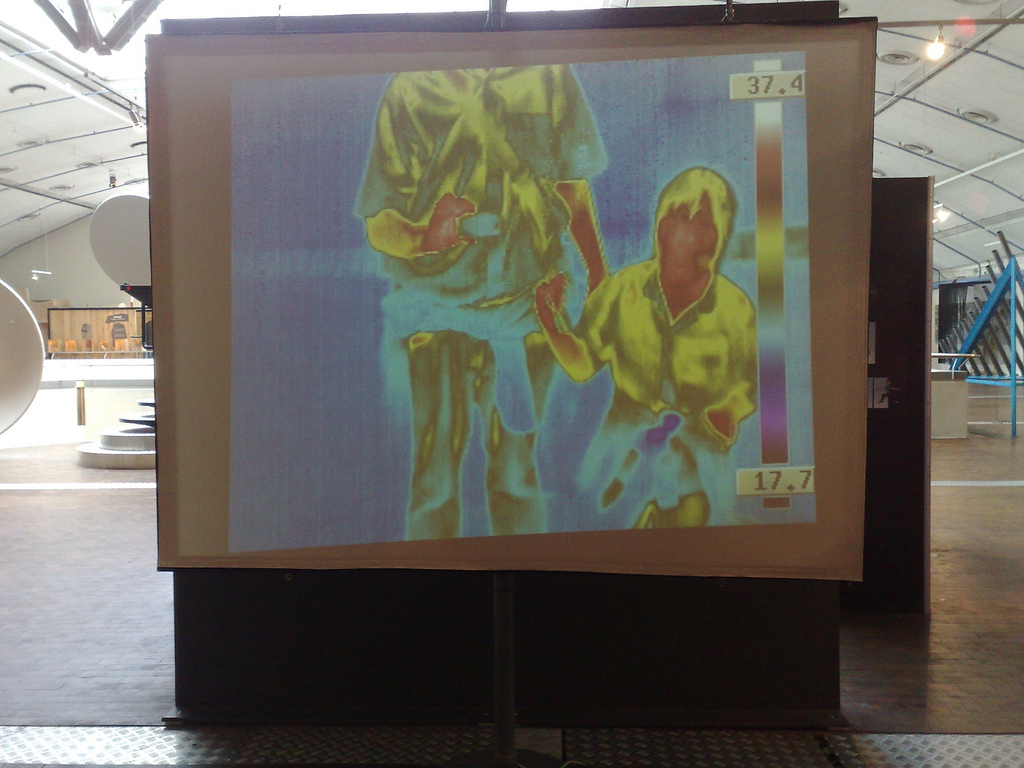 If you too are science centre tourists, or even if you’re not, I highly recommend this Danish take on the form: it’s a great way to spend a day with kids in Copenhagen.