I saw the original Star Trek: The Motion Picture at a matinee with my father in San Antonio, Texas in 1980; even though it was 40 years ago, I remember the experience palpably, no part of it more so than the sequence where the new Enterprise, in dry dock, is revealed to Kirk: 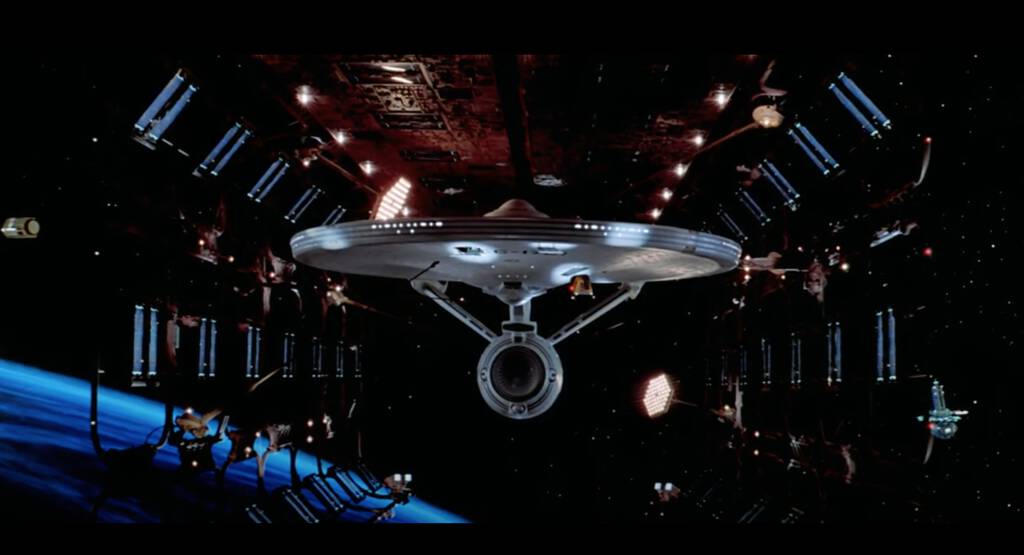 To my fourteen year old self, this modern-day rebirth of the Star Trek franchise was absolutely alluring, filled with hope and promise of an exciting future. And, perhaps because of that, the Enterprise-in-dry-dock image has stayed with me as a larger metaphor all these years, a metaphor I return to often.

Halloween was last night, but Halloween, in our family, started a week ago, on day one of Oliver’s self-declared week-of-costumes. 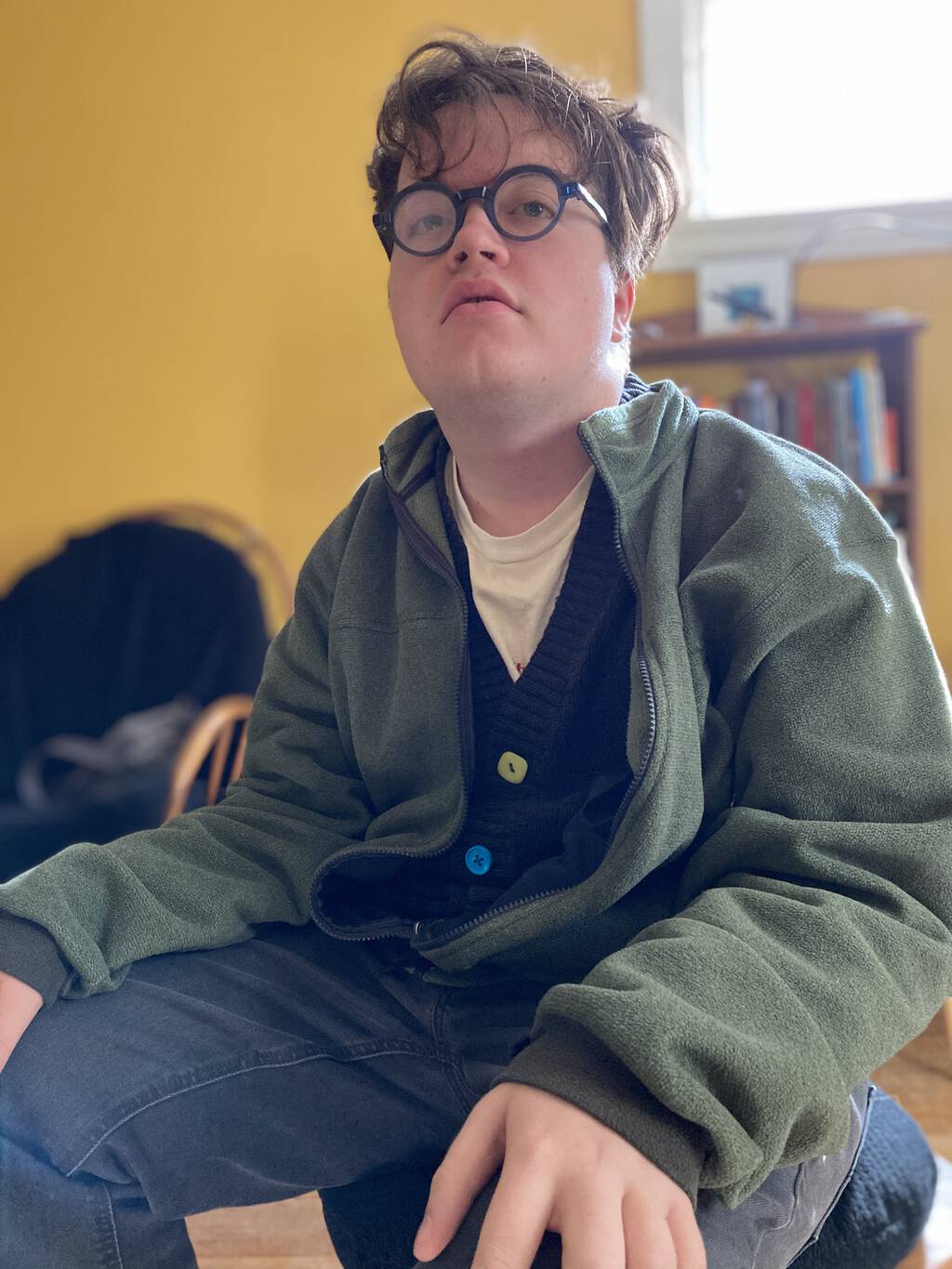 Monday is was “sporty person,” Tuesday it was Alexander Graham Bell: 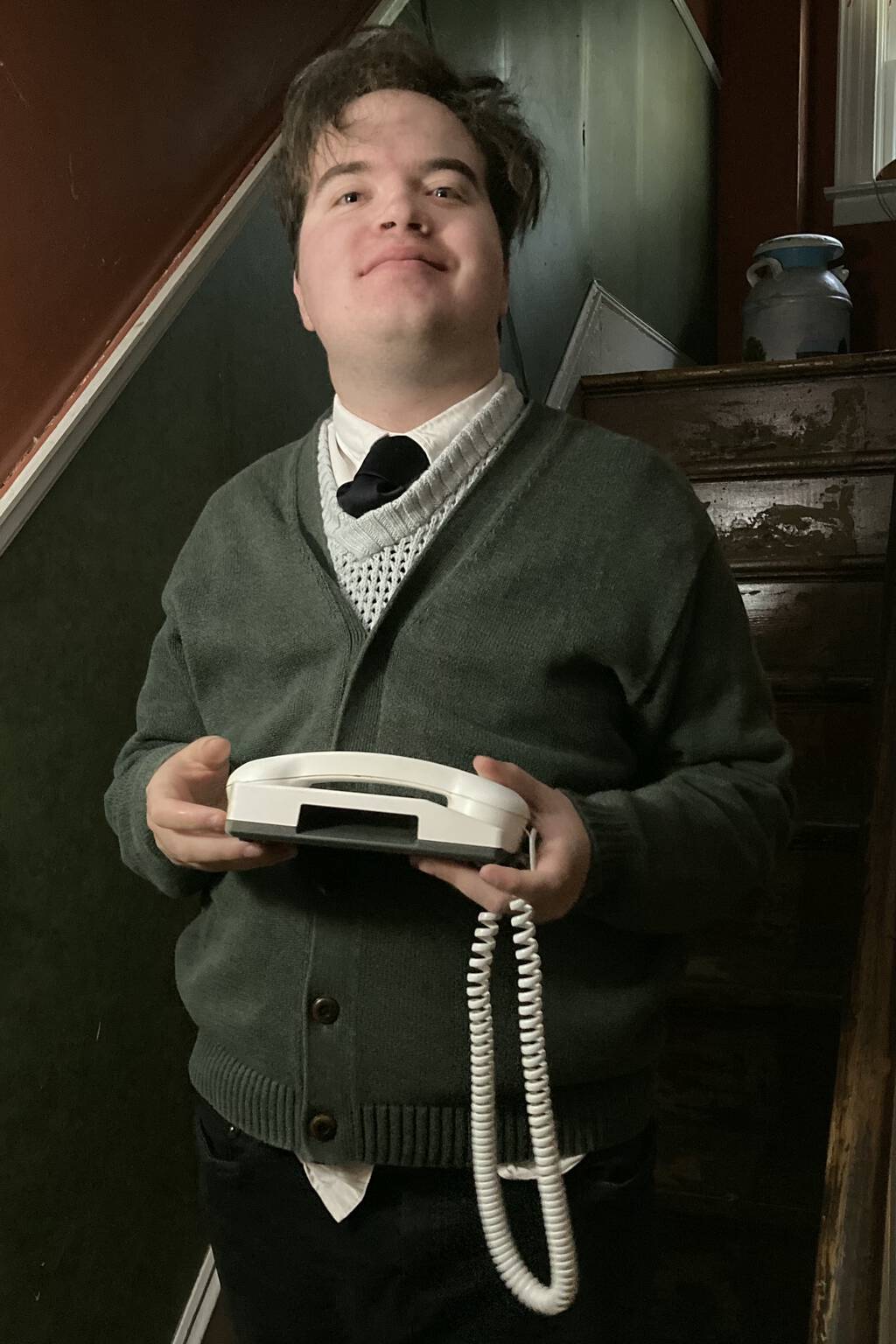 Wednesday it was “Friend on a Date” (two versions: male in the morning, female in the afternoon–which led to me receiving a panicked SMS “Help stuck in boobs” during the dry run).

Thursday was “Poor Victorian” (in honour of his History of Britain lecture); he’s frowning because, apparently, people always frowned in photographs during the Victorian era, or at least they never smiled: 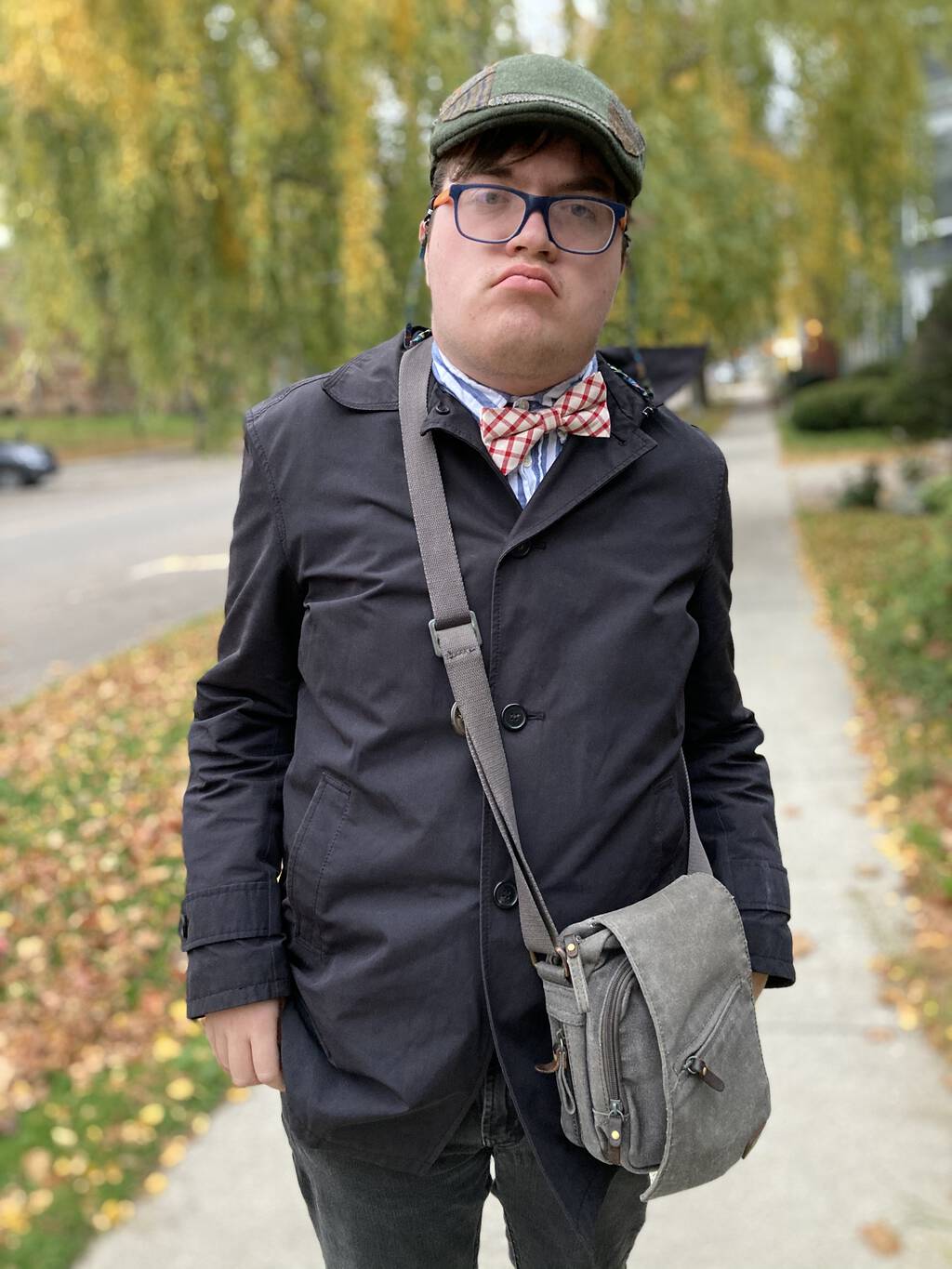 Friday morning it was “Friends character from the 1990s”: 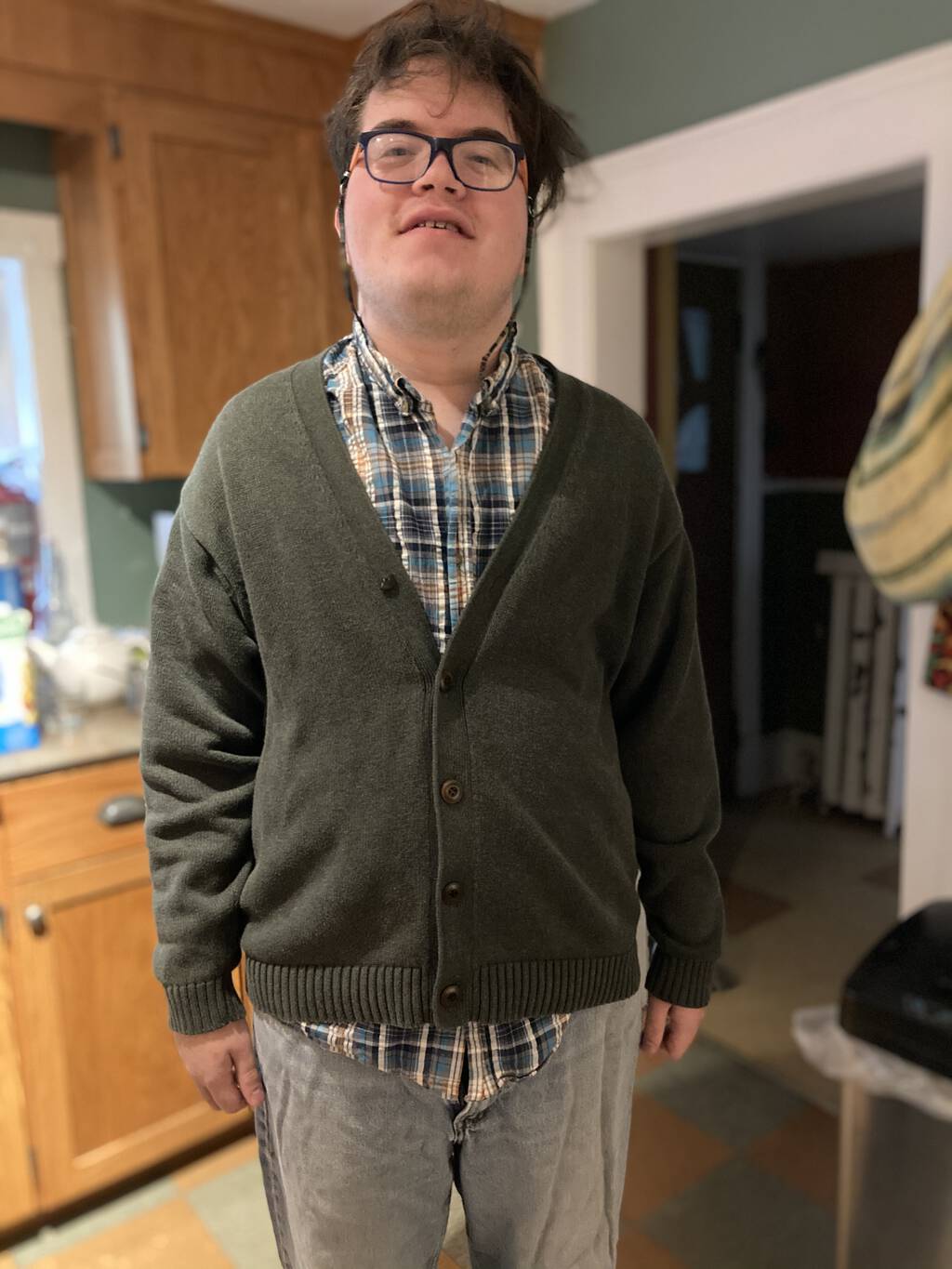 Friday evening he dressed, for Family Zoom, like his great-great-great-grandfather, in a fedora (pro tip: H&M at the mall sells fedoras, should you ever need one on short notice). Saturday he was dressed like the Premier of PEI: 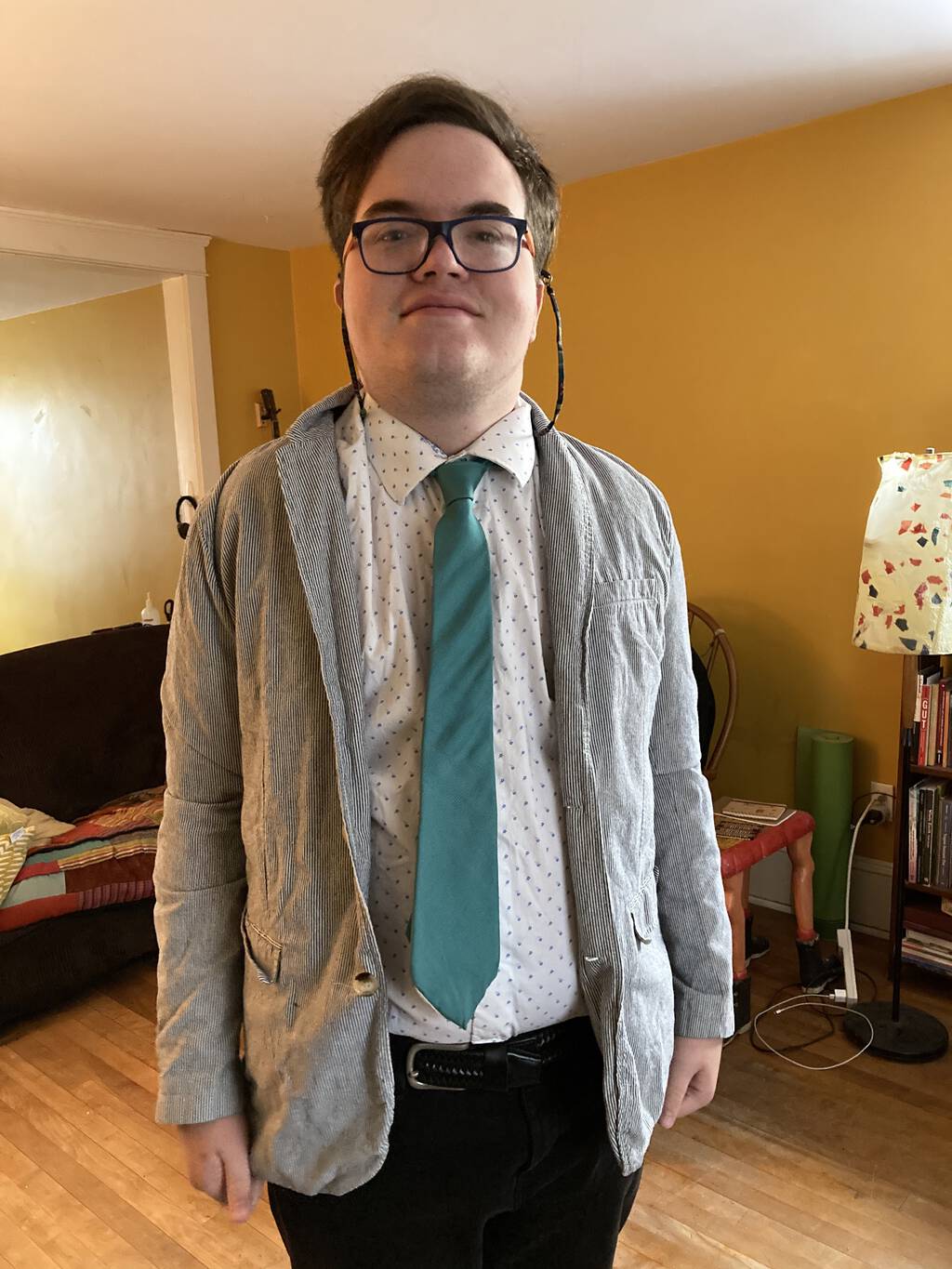 Oliver, I have learned, takes particular comfort in Maximum Celebration.

I’ve always known this, of course, having been his father for 20 years; but single-parent-me experiences this more directly, especially as Catherine was often always parent-in-charge of such celebrations (witness her once dressing as a clown for a his birthday while I looked on).

I’ve come to think of this comfort as offering a sort of emotional dry dock for Oliver, a latticework to which he can tether himself, a grounding point in a seemingly magical, random world.

It isn’t always easy to be on Oliver’s pit crew during celebration season: what emerges, later, as comfort, is often forged in difficult “you don’t understand me”-style communication battles and seemingly endless scavenger hunts (“Victorian style underwear” was a hard one).

And I do have a “this would be a lot easier if…” internal dialogue running a lot of the time.

But you gotta take comfort where comfort manifests, and if that means dressing up like Alexander Graham Bell or Dennis King, well, you meet it at that front door.

Oliver’s found a dry dock that works, and he’s becoming better at owning that, advocating for himself, and installing his own grappling hooks. Once the welding is finished, and the comfort settles in, it is a sight to behold.

Beautiful, all of it! Thank you.