The past couple of morning I’ve had business uptown in the morning, so I’ve put my bicycle on the bus going north and then cycled back, taking advantage of geography to lessen the effort.

Although the ride back isn’t arduous–it’s almost all downhill–it’s nice to stop for a break near the end, so two mornings in a row I’ve stopped at David’s Tea for an iced tea before continuing. David’s has a nice counter with chairs that runs across the front, affording a view of the street out front. This morning I set out to sketch Joe’s Mediterranean & Canadian Cuisine across the street, a building that, in this incarnation, is resplendent in its orange. 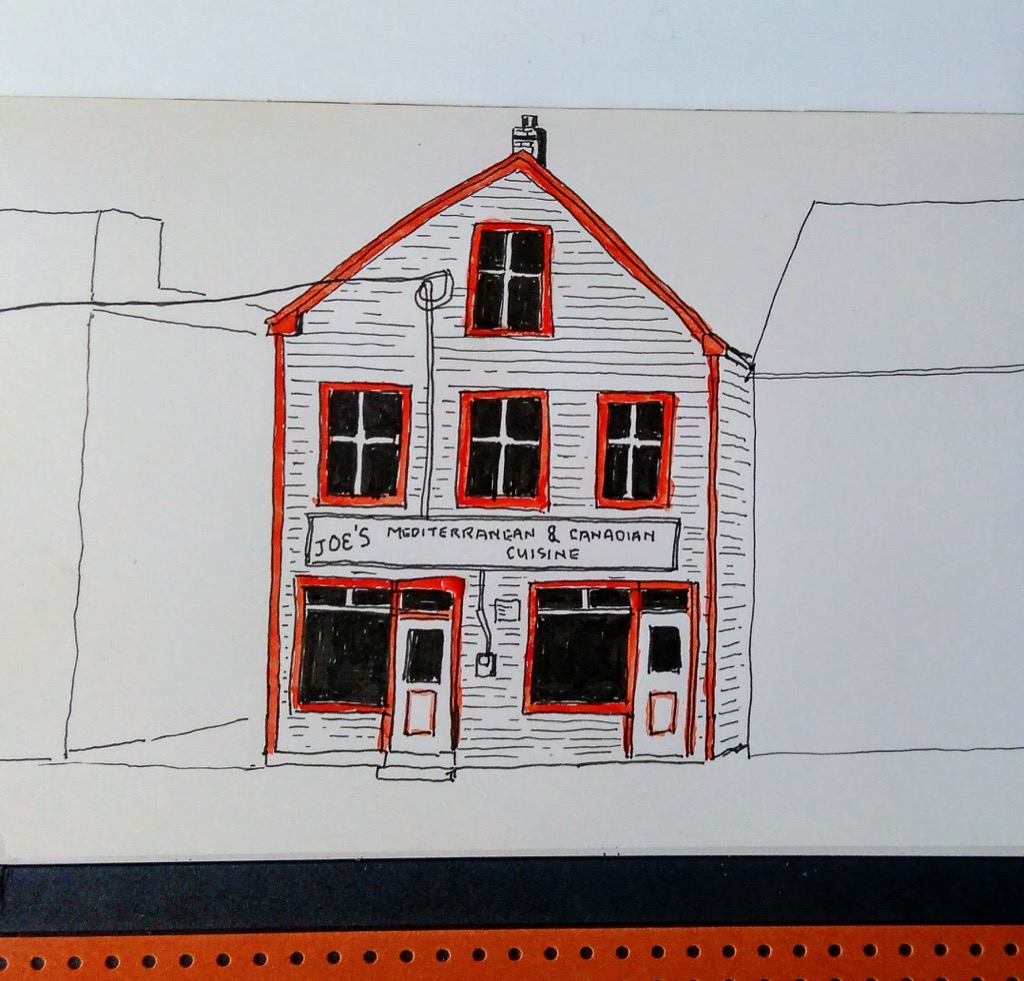