I admit it, I’m a little obsessed with traffic signals. Especially with pedestrian signals.

You don’t want to get me started on the crazy pedestrian signals at the corner of Prince and Grafton. While I originally lauded them (for there were no signals in place before a year ago), their operation makes no sense to me. I’ve asked and asked about this, but have been assured by the authorities that somehow their operation is standard. You have only to visit the intersection once to know that this cannot possibly be the case.

In any case, I’ve given up on that fight.

This year I’ve been disturbed that the pedestrian signals one block along at the corner of Prince and Kent have been missing their “Don’t Walk” lights since before Christmas. I asked two city councillors to look into the issue over recent months, and despite their best efforts nothing was done. Last week, at the suggestion of a friend, I emailed Mayor Clifford Lee. Whatever His Worship did, it worked: 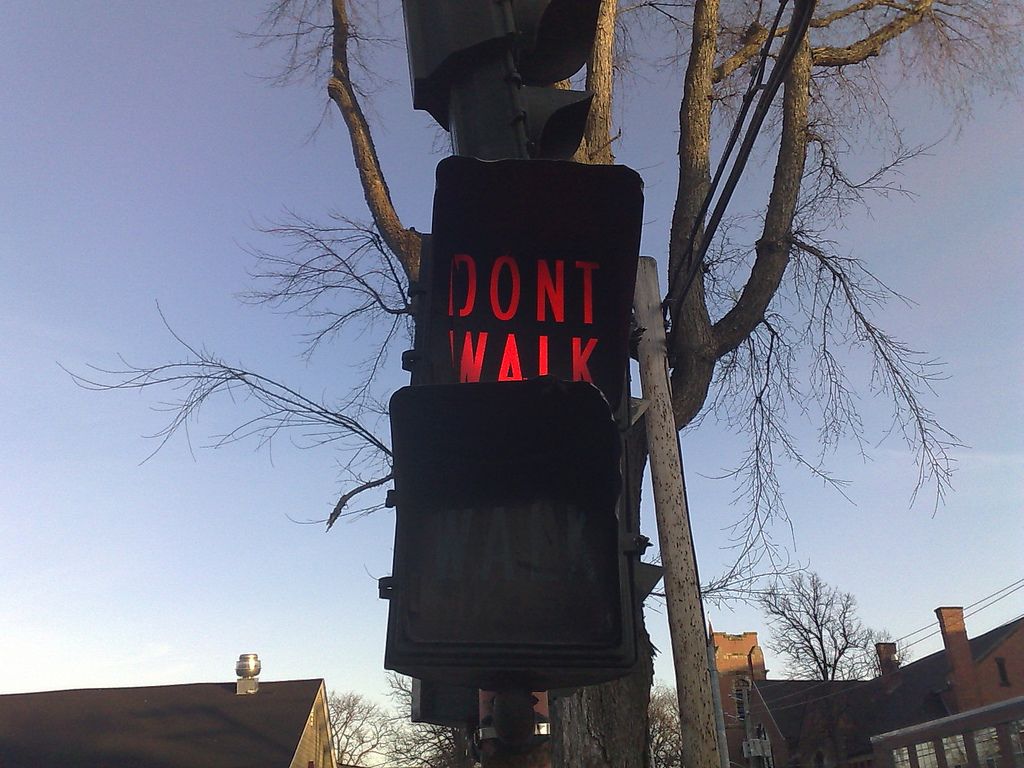 Now if Charlottetown will only invest in TSS, shouldered curbs, wide sidewalks, bike lanes and paths, public transit, and…. narrow down some of the ridiculously wide streets (ie. save on asphalt costs).

Get people moving outside of their vehicles.