In response to the work of CBC Prince Edward Island, the PEI Department of Health has begun to publish details of Warnings and Summary Offence Tickets issued to restaurants.

The first restaurant listed there today is Donkin Donuts Mobile, cited for the rather cryptic “operating under a Type IV license when a Type II license was required.”

It would seem to me that beyond their issues with the Dept. of Health, Donkin Donuts probably has some copyright-related litigation in its future, but that’s just a guess. In any case, I happen to have spotted the self-same mobile donut dispenser while waiting in line for a sleigh ride at the Jack Frost Festival earlier this month: 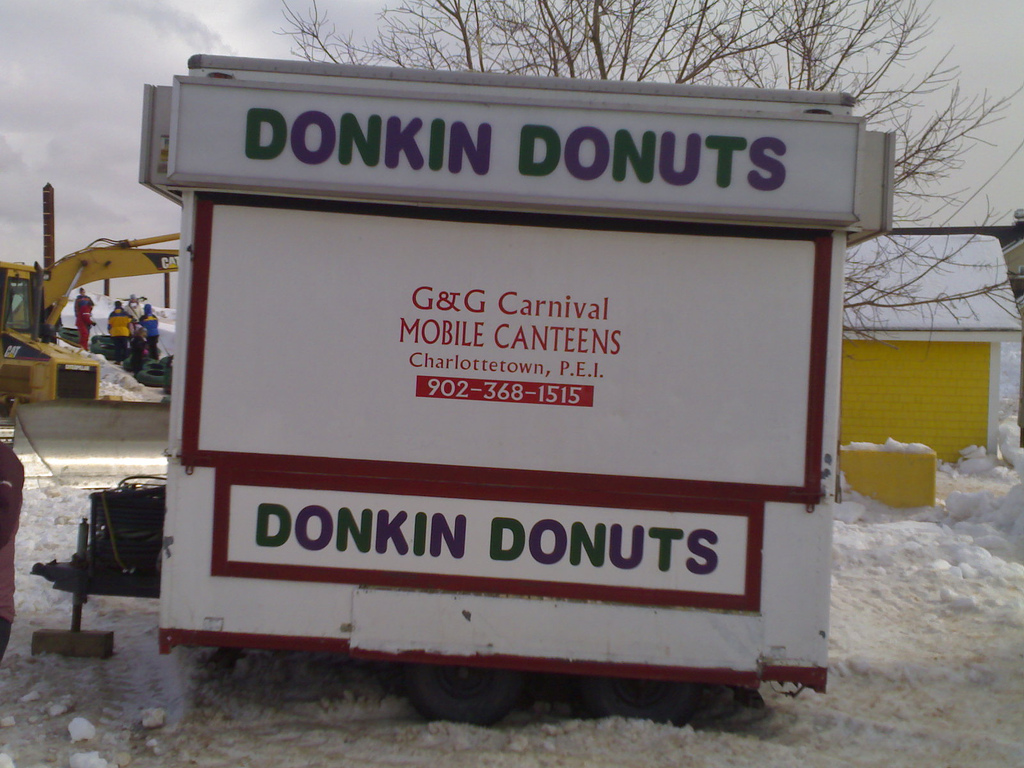 Ah, no way ‘dere buddy! She’s not in violation of ‘dat Copyright and Trademark crap, she’s named after Donkin on the only real island there is — Cape Breton Island. You should travel there sometime, Petey-boy. Beats the heck out of ‘dat roadkill-regurgitating, tax-free, craphole called New Hampshure, where ‘dey always vote for ‘dat Texan Dubya guy… Come down for some good ‘ol coal mining hospitality! We’ll even serve you donuts…. Donkin Donuts!

Well. It was sure worth an expensive and time consuming Freedom of Inforrmation request and appeal to find THAT out.