Heinz Wittenbrink was one of the people that Oliver and I met at Smart Stuff That Matters in Amersfoort last month; he was in our initial “get to know each other by the stories we tell” group, so we got to know him personally, not professionally (always the preferred route).

On the Saturday morning after the unconference we had a morning and early afternoon to ourselves, and we spent it in the old city centre, having a leisurely breakfast, doing some shopping, and visiting Mondriaanhuis.

We ran into Heinz in the bookstore just after eating breakfast, and then again, an hour later, in Mondriaanhuis, as one might run into an old friend while doing errands around town. Those brief happenstance meetings were among the highlights of the weekend for me.

Heinz, in Zurück von der Smart Stuff that Matters Unconference 2018, has written thoughtful reflections on the unconference, reflections that Ton has helpfully translated excerpts of into English.

As with Ton, it was these words from Heinz that rang loudest for me:

To list the themes [….of the sessions I attended…] fails to express what was special about the unconference: that you meet people or meet them again, for whom these themes are personal themes, so that they are actually talking about their lives when they talk about them. At an unconference like this one does not try to create results that can be broadcast in abstracted formulations, but through learning about different practices and discussing them, extend your own living practice and view it from new perspectives. These practices or ways of living cannot be separated from the relationships in which and with which you live, and the relationships you create or change at such an event like this.

Heinz’s “die eigene Lebenspraxis zu erweitern und mit neuen Perspektiven anzugehen,” to “extend your own living practice and view it from new perspectives,” is a lovely construction, and is the basis for almost everything I do.

It was lovely to meet Heinz in Amersfoort; I am certain that our paths will cross again, either formally or perhaps reaching for the same magazine in a Graz newsstand. 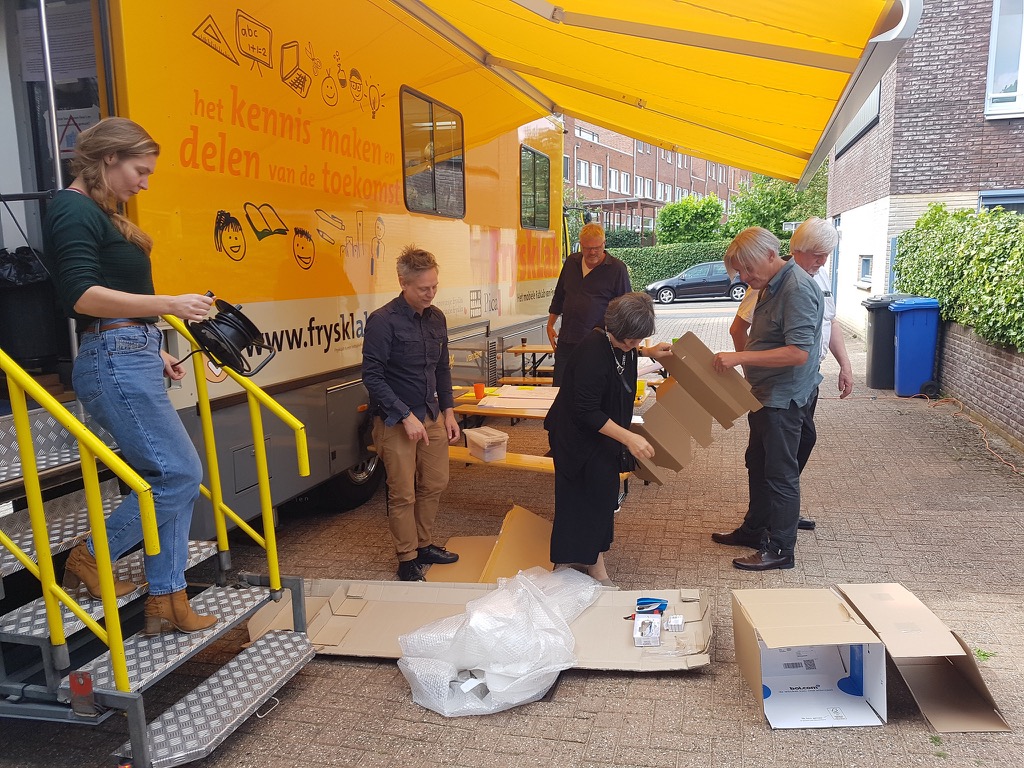 (Heinz, in blue on the right; photo by Ton Zylstra, license)

Thank you, Peter, for the friendly post. I am glad that we met and I hope that we will stay in contact - via this and other channels!