After Hurricane Juan in 2003 I wrote, in my diary of the events surrounding the storm:

Catherine gets up with an awful barometric headache, and decides to sleep in Oliver’s bed just in case a tree falls on him. I try and get to sleep.

Here’s the tree I was afraid might fall in the storm: 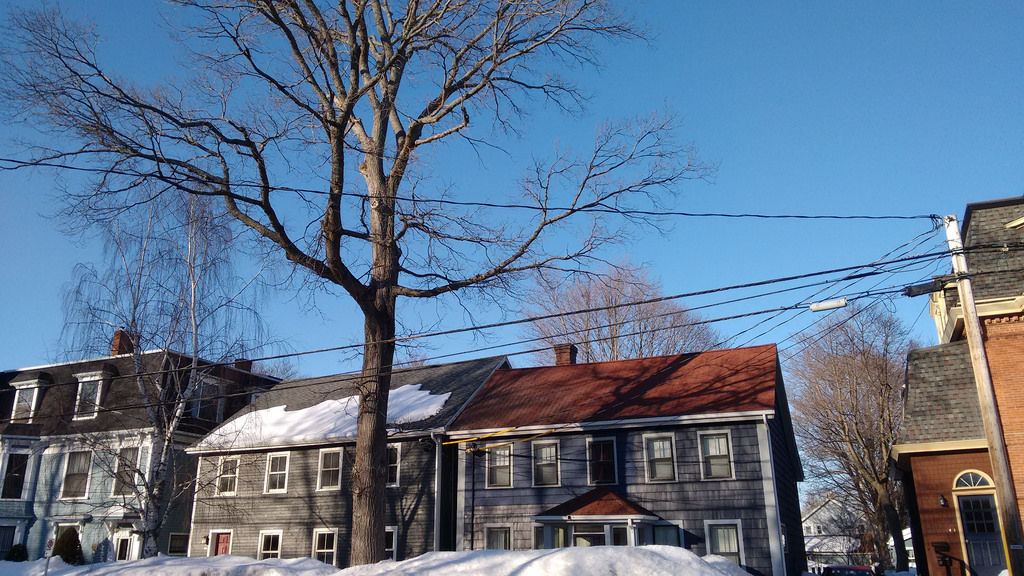 Our house is the blue one with the red roof; Oliver’s room at the time was on the left on the second floor. Of course if the tree fell it would have crushed the entire house, not just Oliver.

This morning at 7:30 a.m. we were greeted with a knock at the door by a worker from Asplundh, the contractor that’s cutting down more than 300 elm trees in Charlottetown as a reaction to Dutch elm disease.

“That your red car?”, he asked me, going on to explain that he needed to set up in front of our house and I either needed to move my car or face having it blocked for the rest of the day.

“Is that a big tree,” I asked, “compared to the others you’re taking down?”

“Just another day at the office,” he replied.

Here’s Oliver, this morning, now 11 years older, watching the tree on the cusp of falling to the chain saw: 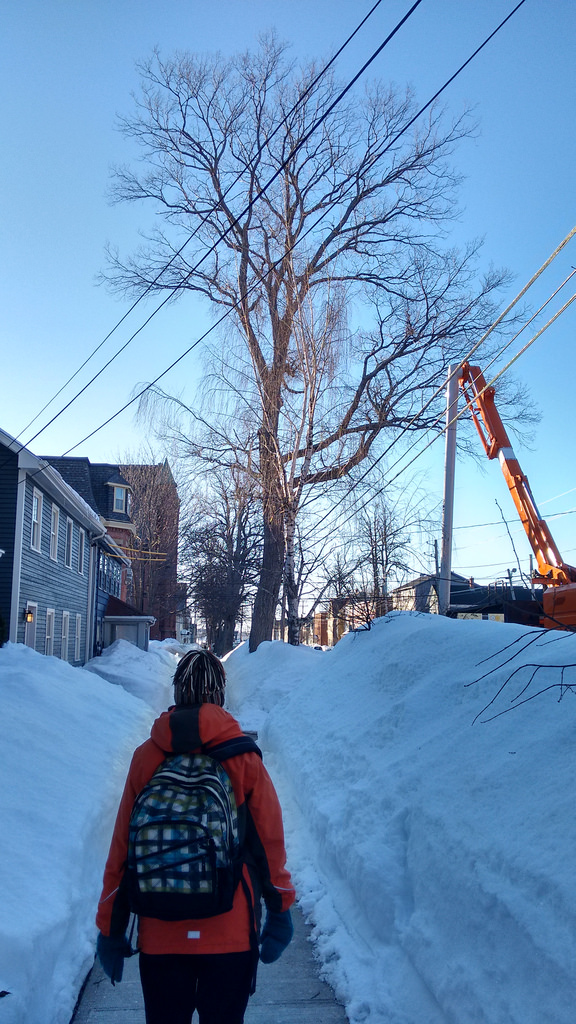 And here, courtesy of my friend Ray, are the remains of the tree a few hours later: 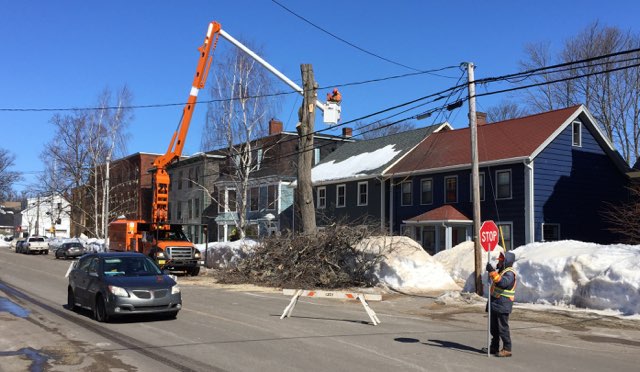 How long was the tree there?  Back in 2005 I posted a photo of Trinity United Church, likely taken in the late 1870s or early 1880s, with a bit of our house in the corner; blowing the photo up, you can clearly see a tree (or trees) in the front yard of our house: 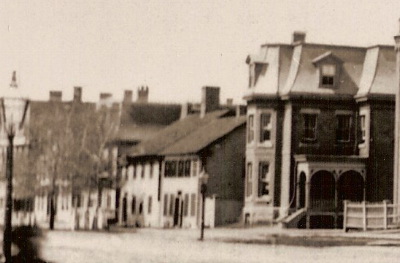 Was our elm one of those? I don’t know. At the very least, though, it was older than any of us. And perhaps the physically biggest natural object that’s every been a part of my daily life.

That tree will be missed.

Condolences. I know what you mean.