I wrote yesterday about how Christmas stress gave birth to the crosswords-as-airlocks system, and suggested that 2016 holiday travel “stretched our little troupe to near our breaking point.”

Here’s part two of that story.

After a pleasant week spent between Napanee (Catherine’s family) and Burlington (my family), during which waffles were consumed, Math Minute invented, and a new coffee place discovered, we were set to fly back home to PEI on New Year’s Eve.

For reasons that escape me now, our plane was scheduled to leave Pearson Airport in Toronto at 7:00 a.m. Given that we were in Burlington, 45 minutes drive away, that we had to return a rental car, and that it was a busy travel day, this meant leaving our Burlington hotel at 4:00 a.m.

What was I thinking?

When the hotel alarm clock went off at 3:30 a.m., it became immediately apparent that this wasn’t going to work out: Oliver entered a state of complete apoplexy, and, if only to avoid waking up the rest of the hotel, I sent him and Catherine back to bed and retired to the calm of the washroom to see what alternate arrangements I could make.

Air Canada, bless its soul, rose to the challenge: I got through to an agent on the phone, with no need to hold, and explained the depths of our situation. The agent quickly arranged for us to change our reservation to a later flight, at no charge. Which allowed us to get up at a (more or less) normal hour, and reboot the day.

Mid-morning we made our way to the airport, returned the rental car, and assembled the horses to go through security. Mindful of our challenging experience on the way up, I went ahead and identified the “special services” line we could go through, and beseeched the agent at the entrance to security to wave us right through to that doorway, which he agreed to do. No more than a minute later when we arrived at the line and presented ourselves to the selfsame agent it was like a brand new day, with beseeching forgotten and insistence that we could go through the regular old line like everyone else.

I insisted; they relented; and we were ushered through to the special services line.

We’d had positive experience with special services lines on earlier trips: at Heathrow in 2015 they were a Godsend. And so we had high hopes for smooth sailing.

Our hopes were quickly dashed.

To be honest, I have little memory of the chaos that ensued, but suffice to say (a) Oliver returned to a state of apoplexy, (b) the CATSA staff appeared to have little or know understanding of the anxiety challenges presented by the mix of autism and airport security, nor any sympathy for we supporters thereof, (c) the general vibe was “this kid’s freaking out; are we going to let them through at all,” and (d) in Oliver’s understandable physical reaction to the overwhelming stress of all this, my glasses got knocked off, fell to the ground, and lost their left arm.

Somehow we made it through, got ourselves to a quiet restaurant, plonked ourselves down, and allowed ourselves time to decompress.

A few minutes later, I snapped this selfie: 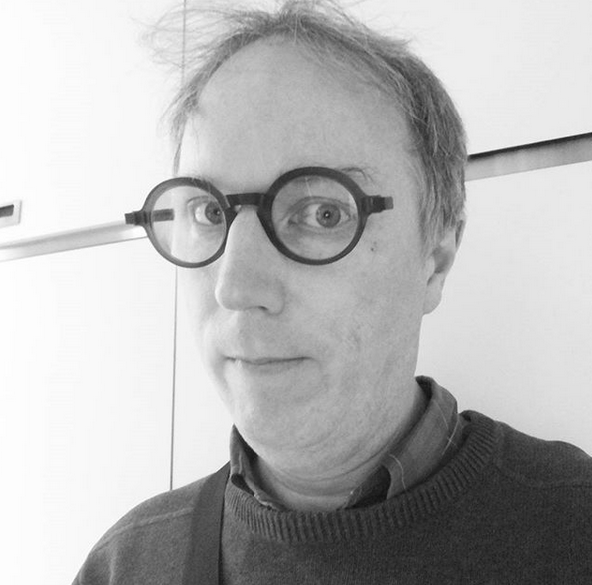 That’s documentary evidence of me in a state of stress and exhaustion and parental worry.

The flight home, by my recollection, was relatively uneventful. Although looking in my Google Timeline right now I see that we had a four hour layover in Montreal that I have absolutely no memory of whatsoever, so who knows.

There is a silver lining in all of this, remarkably: the stress of Christmas travel, and Oliver’s general late-2016 challenges with stress and anxiety, prompted us to seek help. This resulted in our acceptance, almost immediately, into the Strongest Families program, which was an enormous and transformative help to all three of us.

While 2017 was not without its challenges, the year for Oliver has gotten better and better every week, and we greet this (travel-free) Christmas as a family happier and more resilient.

Oh, and the wonderful Gaudet Optical in Halifax repaired my glasses, under warranty and at no charge, and they sit, restored, on my face as a type this.

In October, Nathalie Walsh from the PEI Autism Society, in close co-operation with Vanessa Smith from the Charlottetown Airport Authority implemented the "Autism Aviators" program that was developed by Autism Nova Scotia and the Halifax Airport.

I volunteered at the event.... about 15 youth (of varying ages) undertook the "practice flight experience", which included check-in, pre-screen, and boarding.

I volunteered to help with the check-in process.... and I understand all of our CATSA agents were briefed on best practices for assisting travellers with autism as part of the project.

The program will likely be repeated in coming years. I'll keep you posted...

We’d signed up for this event, but, alas, the only times available were in the morning at an hour such that the possibility of arriving at Charlottetown Airport fed, clothed, and ready for stressful action was nil, so we bowed out. But it’s an excellent idea, and I’m glad to hear that it was well-subscribed. And the spin-offs for CATSA agents is perhaps the most long-lasting impact of all.