Oliver and I spent the afternoon inside the projection room at Brackley Drive-in yesterday with Bob Boyle and his son Ben helping them prepare files for their new digital projection system.

Bob has made a huge investment in projection technology this year, shifting entirely from film to digital, and one of the content gaps that needed filling in were the various interstitial bits of film like “The Show Starts in 10 Minutes.” Bob put together animations, using Animoto for all of these; I simply helped him get them from the M4V format that Animoto allows you to save animation in through to the DCP format required by his digital projection system (I have some notes here if you’re doing this yourself). We finally got it all mostly working after about 3 hours of experimenting, most of which was spent waiting for video files to convert from one format to another. If you’re at the drive-in this season, watch for the result.

Here’s what the new projection system looks like (on the left) beside the old system (on the right; as a backup for now): 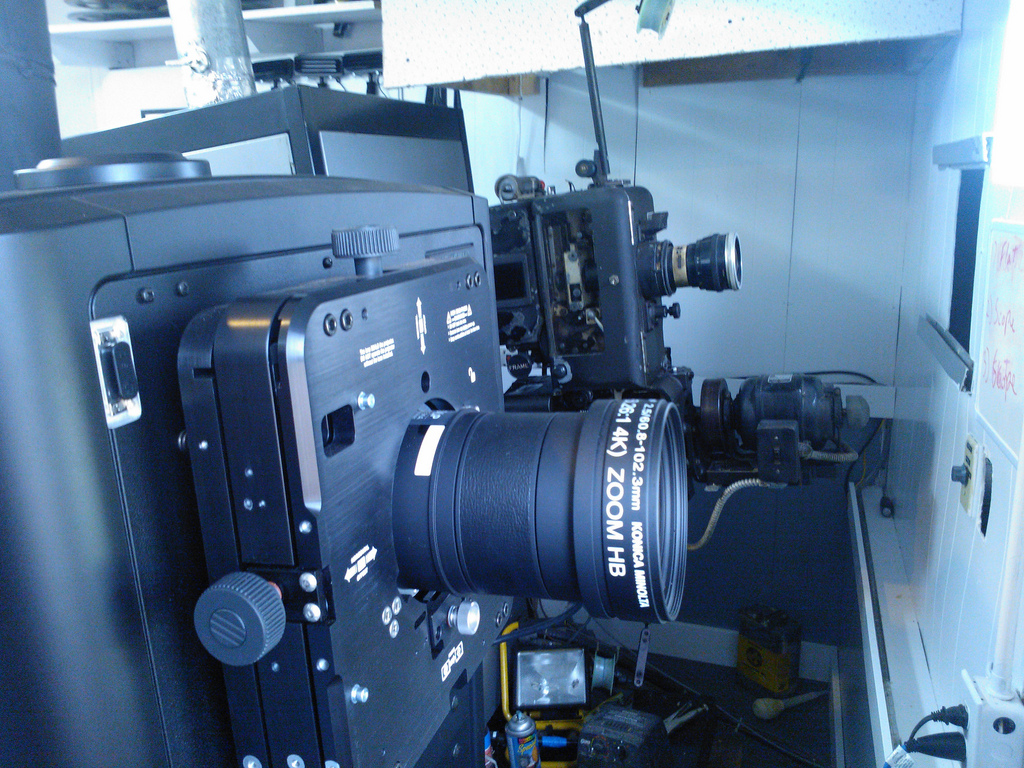 From the other side it looks more like a data centre rack: 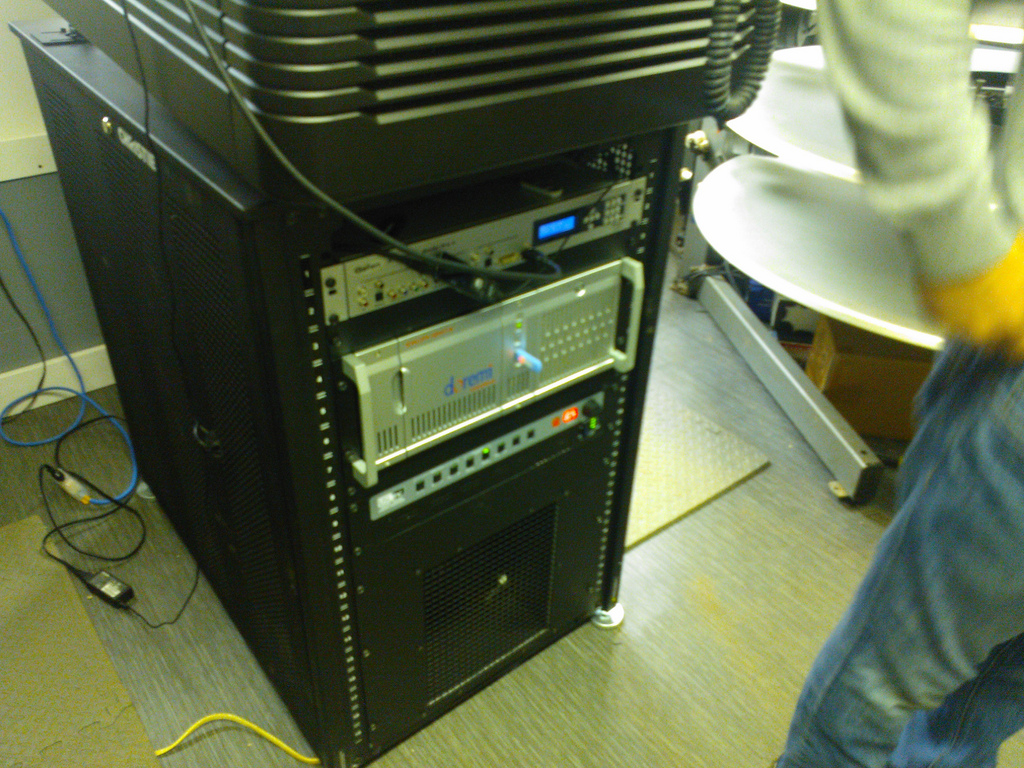 The top unit in that rack is the driver for the new closed captioning system that Bob will roll out shortly, an innovation that would have been impossible in a pre-digital era. Those requiring captions are loaned an in-car caption display that looks like this: 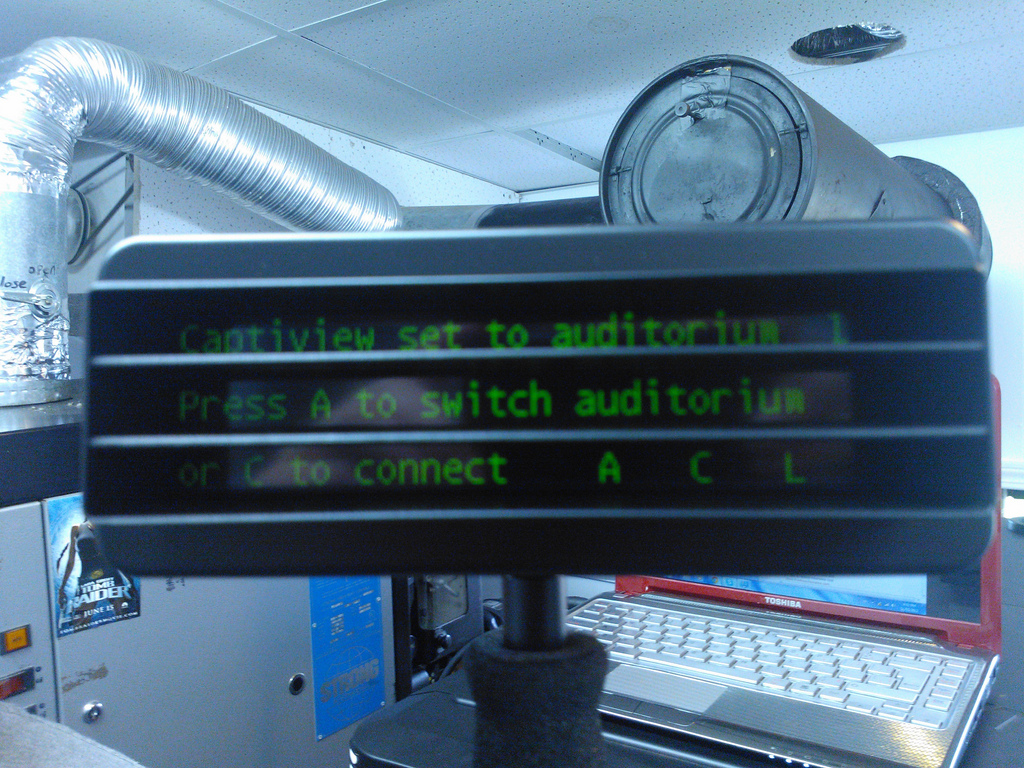 The captions are displayed on that unit exactly as they would be if you turned on closed captioning on your television.

The captioning system isn’t the only drive toward accessibility that Bob’s taken this year: he’s finishing off construction of accessible washrooms along with a paved area of the lot close to the canteen that will allow easier navigation for wheelchairs.