Times were simpler back in 1931 when, on the day after the Provincial General Election, the headline in The Guardian was “The Lea Government Defeated And The Conservatives Were Returned With Magnificent Majority Yesterday.” It wasn’t, in other words, difficult to tell where your morning paper’s political sympathies lay: 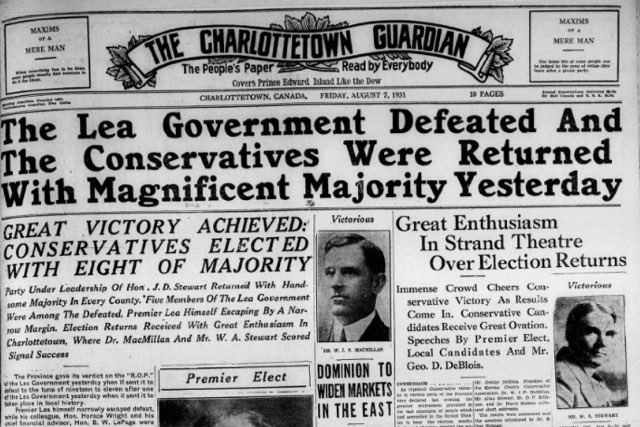 By way of making it easier to explore these “day after the election” editions of the newspaper, I’ve worked with my colleagues at Robertson Library to assemble a gallery of them on the front page of IslandNewspapers.ca: 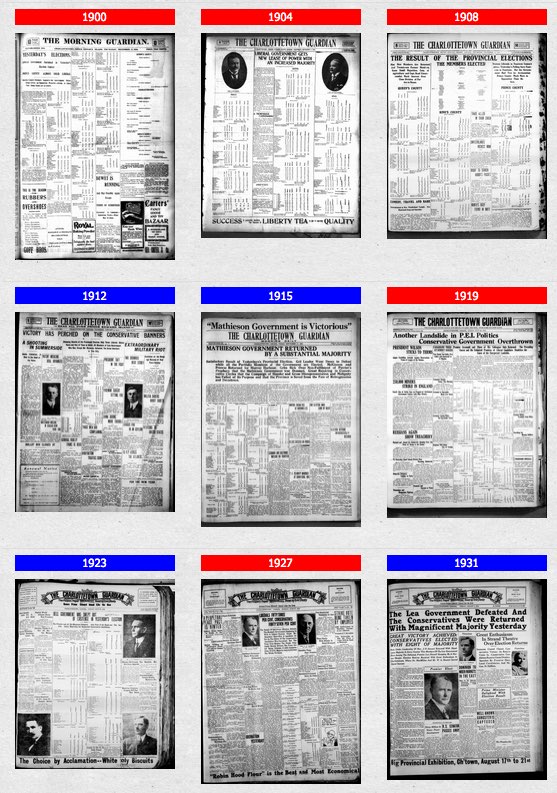 The newspaper digitization project at the library includes the issues covering the 1900 through 1962 elections (with 1959 a missing year, and so a missing election).