My eyes are out of whack, so for the last three weeks I’ve had a stick-on fresnel prism stuck to the inside of my eyeglass lenses to see if the extra prismatic juju could offer me some relief (against the headachy vertigoy hard-to-scroll-on-a-computery feelings I’ve been having for a long time). Today was the day to have Dr. Judson, at Charlottetown Vision Care, do a re-exam to see if the juju is helping.

It also happened to be a day with a temperature of 19ºC, so the combination of a place to go, with excellent cycling weather, added to a desire to try out a new over-the-top-of-UPEI route, spurred me onto my bicycle for the trip.

I cycled up Prince and Upper Prince to Gerald, right through Orlebar Park to join the Confederation Trail, and then up the trail to the University of PEI. The new northern road across the top of campus isn’t open to vehicles yet, but it’s certainly ready for cycling, and so I enjoyed its buttery smoothness all to myself (and was dismayed to discover that its putative active-transportation-friendliness is limited to a small section toward University Avenue). From University Avenue I cycled up Enman Crescent to Royalty Centre, then through the back parking lot to Burns Avenue, where I ended up directly across the street from the office I was headed to (the only fly in this ointment being there’s no pedestrian crossing on this stretch of North River Road for blocks in either direction, so I had to ford the traffic). The trip took 20 minutes. 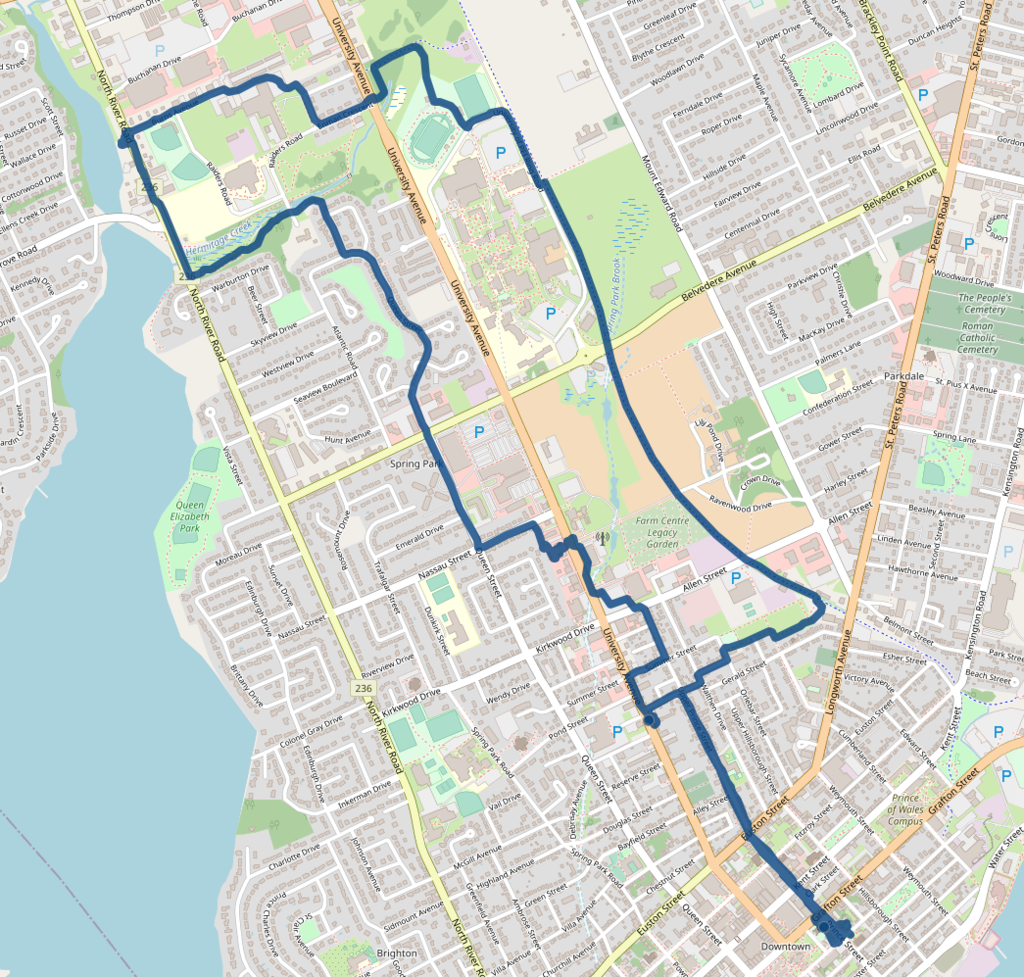 It turns out that the juju is, indeed, helping, and so my new prescription has a 2-down, 2-up prismatic superpower built into it:

At the end of my eye exam, I suggested to Dr. Judson that she look into the City of Charlottetown bicycle rack cost-share initiative, as the new connectivity to the Confederation Trail afforded by the new UPEI road means that it’s easier than ever to cycle to an eye exam (and she confirmed that cycling, like all things that contribute to general fitness, is good for your eyes).

For the ride home, with visions of Madame Vuong’s bánh mì dancing in my head, I took an alternate route: down North River Road to the Hermitage Creek trail, along the trail to Doc Blanchard, along Doc Blanchard to Queen, south on Queen to Nassau, and then along Nassau to my sandwich (enjoyed on the warm and sunny lawn of the Research Station across the street). 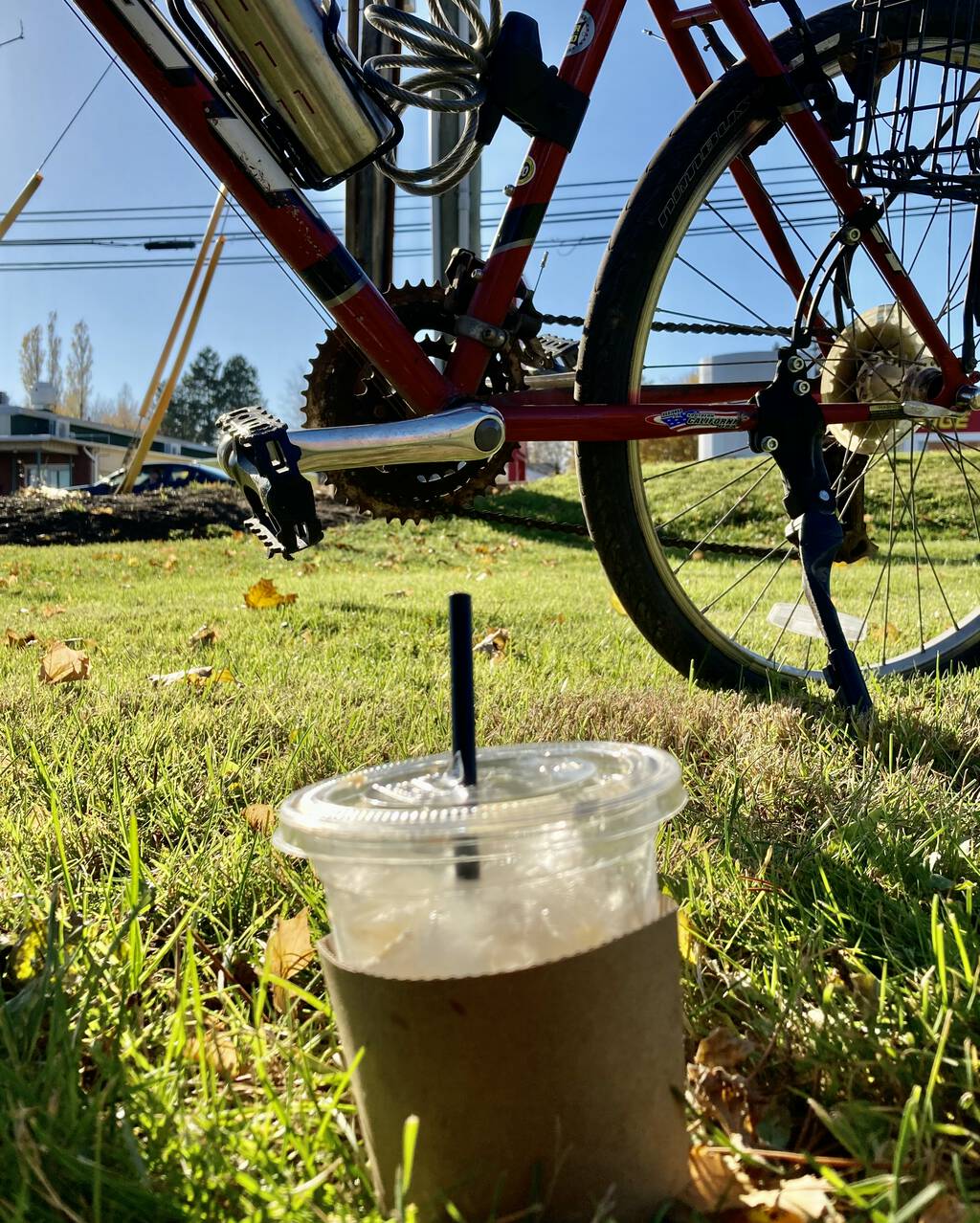 For a second act, I stopped at Outer Limit Sports on my way home to pick up a new saddle for my bicycle (they’re not called “seats” anymore, I learned). I picked out a nice used CCM one for $25, and supplemented it with a replacement water bottle holder (which I’m sure has a cycling-insider name, like “water creche” or something); both replaced original 20-year-old equipment. 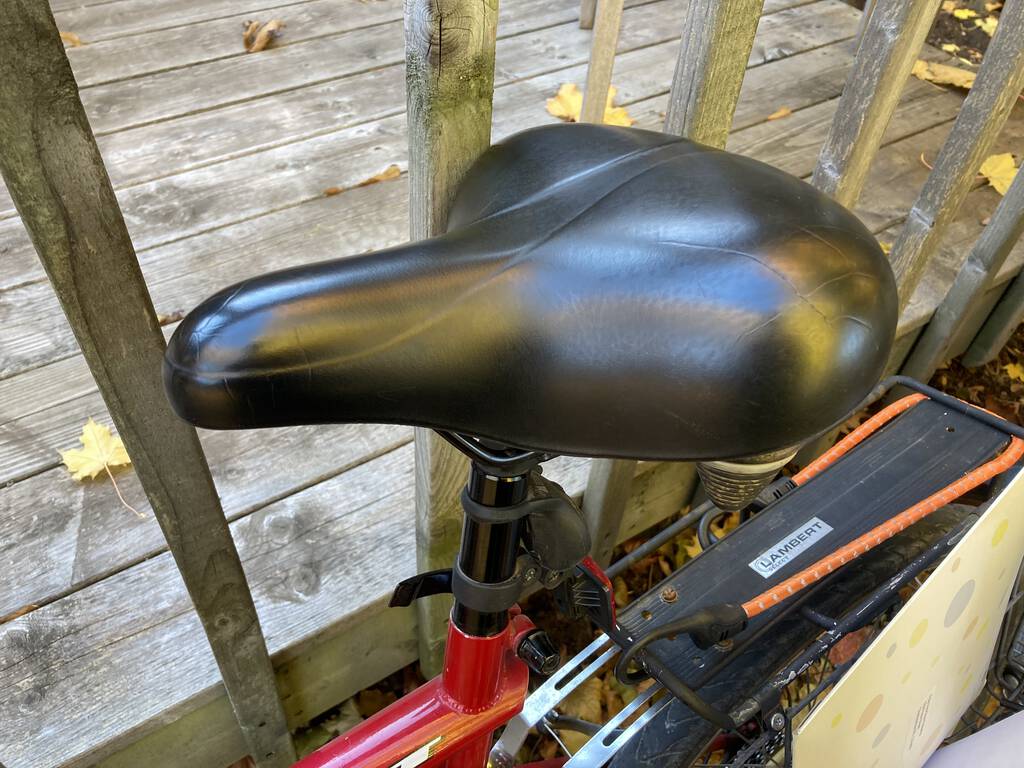 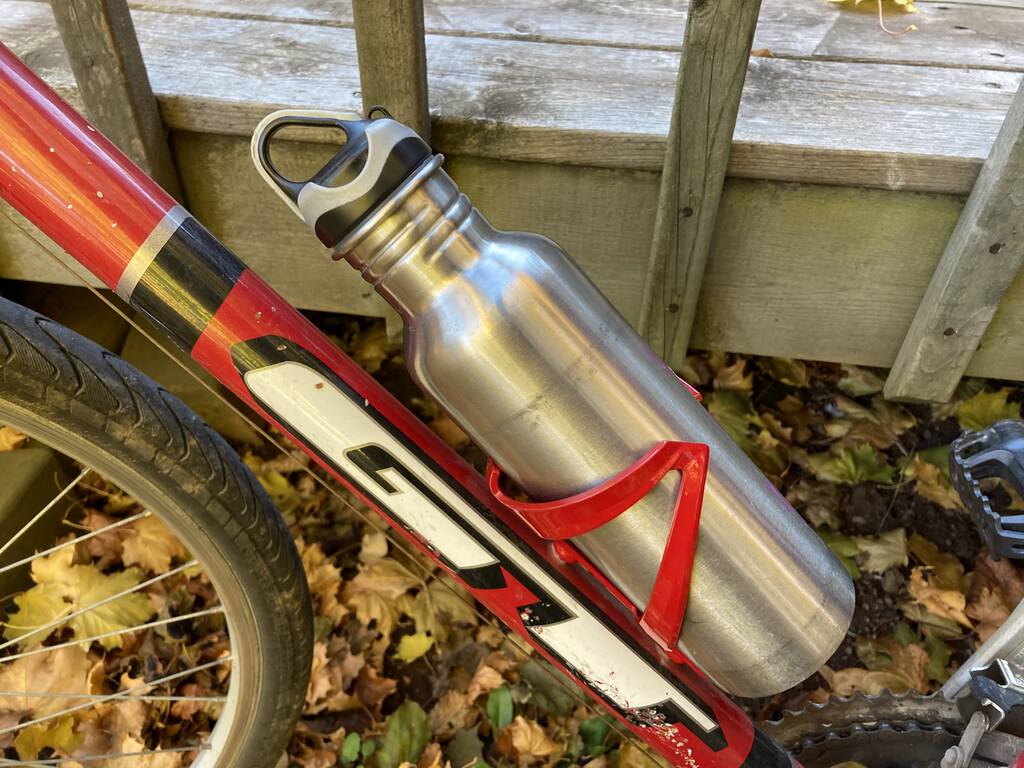 As a special bonus contribution to cyberspace, I used the traces my phone gathered on my cycle to update OpenStreetMap, replacing the sketched in path from last year with the finished access route:

Also: "water creche" had me in stitches, and then I thought I would tempt you with "bidon cage" whilst trying to keep a straight face.

I was sure you were making that up. But you were not.