When Canadian Tire decamped for the far northern reaches of Charlottetown, HomeSense and Mark’s moved into its old location on Buchanan Drive and, as part of the renovations of the area associated with this, a new passageway, pictured below, was opened to the Staples parking, allowing traffic that, during the Canadian Tire years, was never allowed to pass. 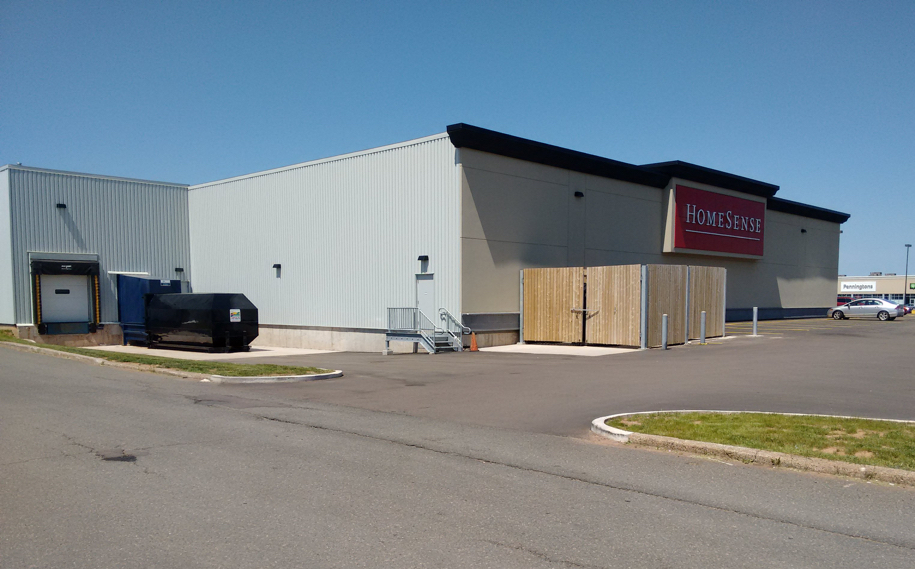 This small change has been transformative if you’re moving about the big box district of the city. Let’s say you’re at Staples, for example, and want to go around the corner to Michael’s. Before the change you’d have to make a tricky left turn onto University Avenue from the Staples parking lot, fighting busy traffic in both directions. Then you’d have to get in the left-turn lane at the corner of Buchanan and wait for the light to change, eventually turning onto Buchanan.

With the new passageway you can simply head out of the Staples parking lot into the HomeSense/Mark’s parking lot and onto Buchanan. It can shave 5 minutes off the journey, and a lot of hair-raising traffic-crossing. 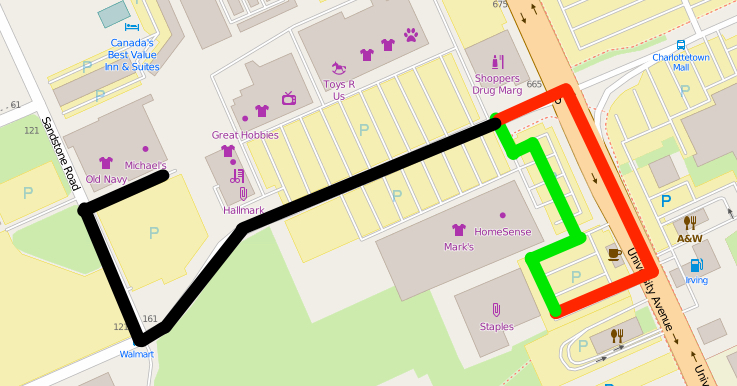 I realize that such things shouldn’t loom so large in my consciousness, but they do.