Oliver was experimenting with a Spotify-playlist-generating website called Momixa last night: you enter two songs and Momixa generates a Spotify playlist from your choices (there’s a rich ecosystem of sites like this; Oliver’s explored almost all of them).

I asked him to try it out for me, and, on the spur of the moment, rattled off two songs from my youth: Baby Come Back by Player, and You Light Up My Life by Debbie Boone. Here’s the playlist that got generated: 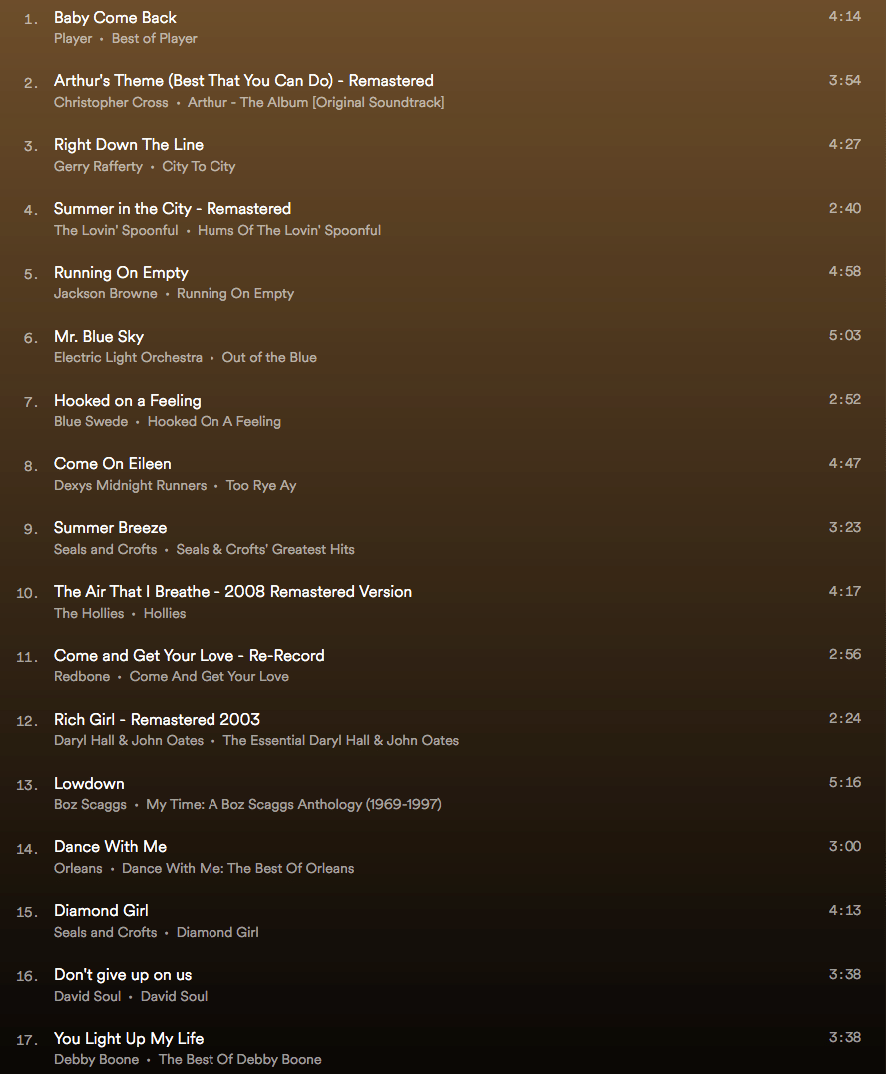 If you’re a Spotify user, you can load up the playlist yourself simply by clicking on that link.

There are a couple of issues worthy of note here:

Thinking back, I imagine that 1977 was a formative year for me music-wise. I was likely taking the Canada Coach Lines bus into Hamilton every Saturday morning and stopping in at the record shops to buy 45s and albums (But what record store was it? It says here that Sam’s didn’t open in Hamilton until the late 1980s). I had a hifi in my room, and a radio under my pillow to listen to while falling asleep.

I bought the Barenaked Ladies "yellow tape" and Nirvana's Nevermind CD at the Hamilton Sam's in the fall of 1991! It was a great store, and as I was working on the play "How Could You, Mrs. Dick?" next door at the beautiful Tivoli (also owned by Sam), they kindly gave me a staff discount. Pillow speaker in my mid-70s room, too, and a cassette player/radio combo to tape songs off CFCY.

Based on that list, I think you’d love the soundtracks from both Guardians of the Galaxy films.