The night after there’s a big snow in Charlottetown we can expect to be kept up all night — or at least woken up early in the morning — by the sounds of snow being moved around. The City is very thorough in its snow clearing efforts, clearing out all the snow from the on-street parking and moving it to the middle of the street: 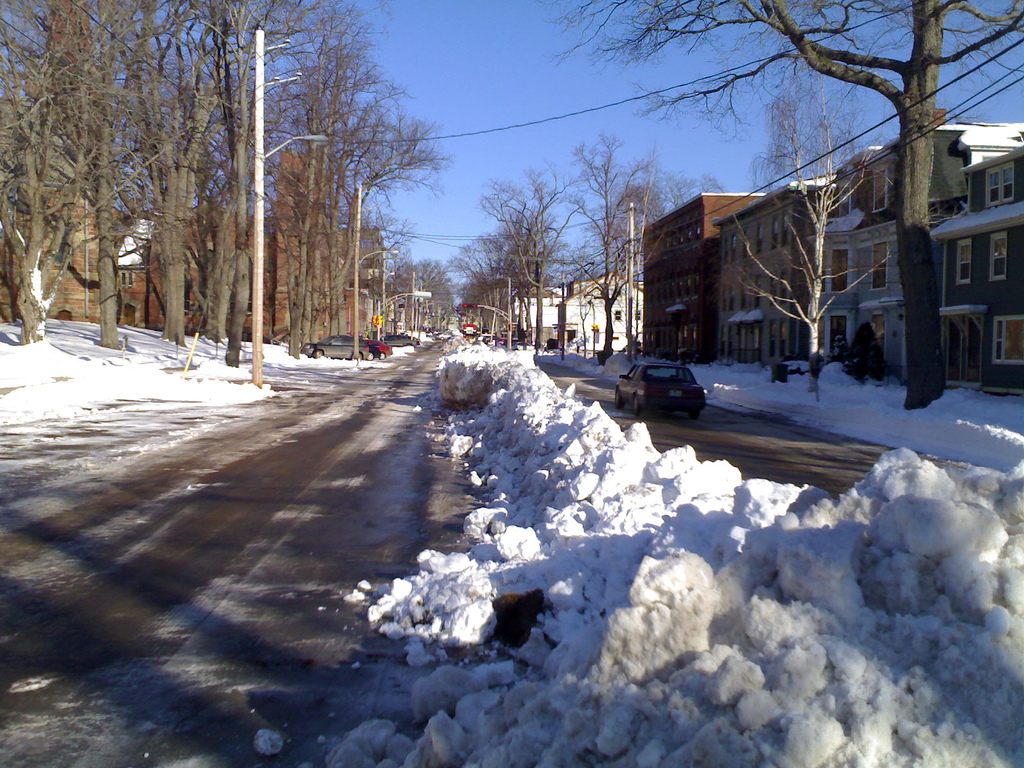 The next step, later today, will be to come along with a giant snow-blower and move the snow into dump trucks where it’s then moved to, well, somewhere else (they used to dump it in the harbour — do they still do that?).

So thorough, in fact, that they removed all the snow from my street — and also removed the end of my driveway. It’s now scattered up the street. I guess that will go in the harbour, too.

I don’t think it goes into the harbour any longer.

No, it doesn’t go into the harbour (dirty snow is contaminated material). It goes to a snow dump to melt away into the sewer system — right now it’s on Park Street by the CDP.