It’s been a blur of a couple of weeks leading up to Christmas, and this photo I took of our Christmas supper table last night is a good visual metaphor for it all: 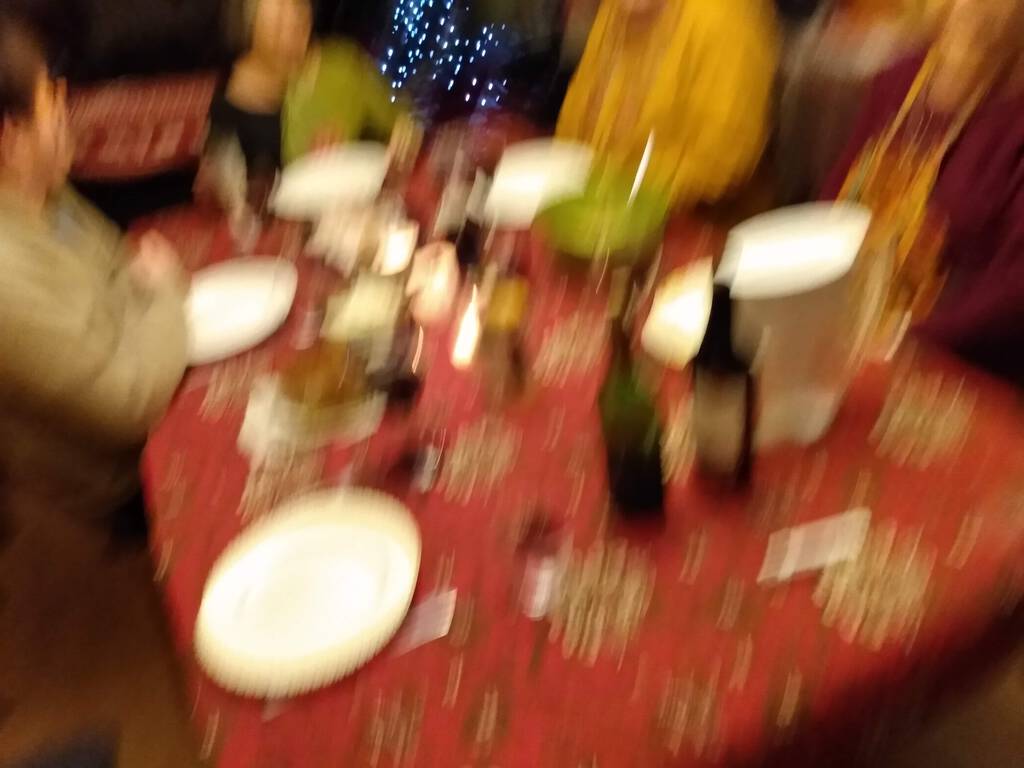 Catherine came home from a week’s hospital stay on Sunday morning; Sunday evening we celebrated the winter solstice with our friends Paul, Lori, Ila, Sosi and G., as is our tradition. We enjoyed a taco buffet and pumpkin pie (all solstices should be celebrated with tacos).

Monday morning I had a lie-in, only to realize at 9:30 a.m. that Oliver had an appointment for 10:00 a.m.; we managed to pull off a miracle of waking-showering-dressing-eating and got to the appointment only a couple of minutes late. I spent the balance of Monday at work, and finished the day getting a fleet of 2020 New Year’s Day cards in the mail.

I started Christmas Eve with a visit to the Charlottetown Farmers’ Market for coffee and a smoked salmon bagel; it was a quieter Christmas Eve market than in previous years, perhaps because it fell on a Tuesday.

From the market I went to CBC Prince Edward Island to tape a piece about the 2020 levee schedule with Mitch Cormier, and got a bonus tour of the renovations underway that will see Island Morning move to a new studio near the main entrance that, for the first time ever, will have windows to the outside.

From the CBC I went next door to Sobeys to pick up some last minute groceries for Christmas Eve and Christmas Day; for the first time ever I was the person responsible for turkey acquisition, a task that, as a vegetarian, I was uniquely unqualified for. I ended up with a 4 kg fresh turkey and fears of killing my family via Salmonella.

Oliver and I headed to Cineplex for the afternoon to join our friends Darcie and Peter and two of their boys for a matinee showing of Star Wars: The Rise of Skywalker, thus fulfilling Oliver’s dream of having a Green Christmas event (the effort started in early December with him calling a meeting for me, Catherine and Darcie to come up with something; I was very proud of him for managing this).

On the way from Star War’s to Darcie and Peter’s house for supper we dropped in at our house to pick up the German potato salad I’d made earlier in the day, only to be greeted by Catherine’s mother Marina, who arrived stealthily from Ontario by train without any of us having the slightest idea she was coming. A Christmas miracle (generously facilitated, and kept completely secret, by our friend BJ).

We enjoyed vegetarian meat pie, glazed carrots and the aforementioned potato salad for supper, and then quickly piled home to organize the house for Christmas morning.

I fetched Marina from BJs, we opened our stockings, had breakfast, opened our presents, and had a lunch of potato pancakes. In the midst of all that we had a mega-chat, organized by Oliver, on FaceTime with my mother and with brothers in California and Ontario. 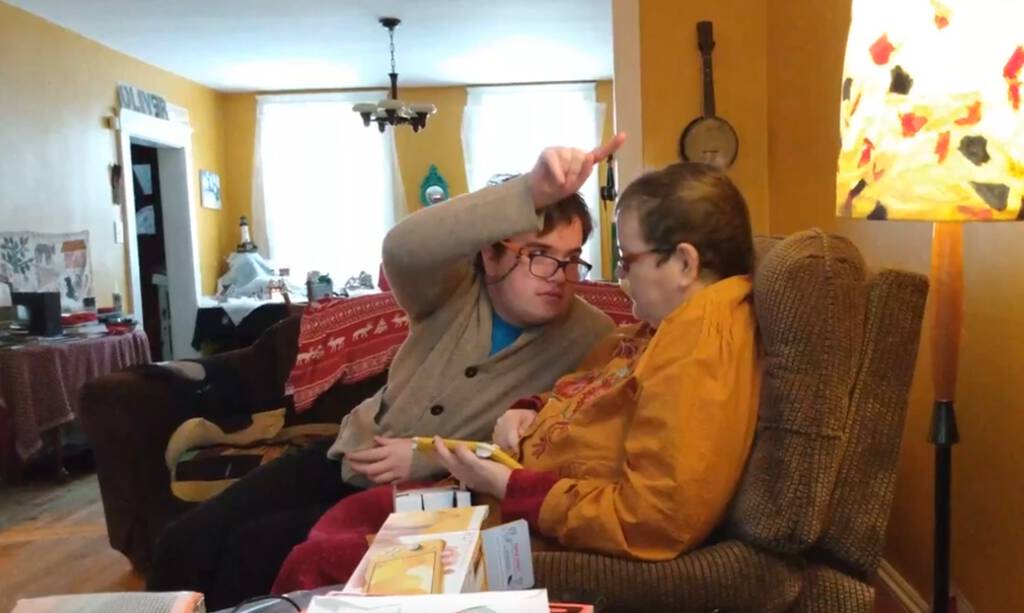 With Marina in the house I was saved the task, for another year, of having to learn how to cook a turkey. I was her sous chef, though, and came to understand the broad strokes; good grounding for future years.

Around 5:00 p.m. we were joined by friends J. and G., and we enjoyed a supper of turkey, potatoes, stuffing, and turnips, with ice cream and Marina’s fruitcake for dessert.

Christmas Day ended around 9:00 p.m. with Marina off to BJ’s, Catherine and Oliver off to bed, and me, in the quiet of the snowy evening, wrapped in a blanket reading about the history of left-wing direct action and playing Fortnite on the Nintendo Switch Lite that Oliver and Catherine received for Christmas.

It may all have been a blur, but, in the end, it was a good blur.

May all your blurs be good ones, Peter. Merry Christmas to all of you!

(I get to say merry christmas on the 26th, because we have a 1st and 2nd day of Christmas here, both national holidays.)

and talking to our Datsenko relatives in Ukraine, also Catherine's Mother's Brother Jim in Ontario.

and also cake from Darcie.

A bit late, but so are most of my holiday greetings anyway - I’m glad you had a good Christmas and a brilliant Solstice! I wish you all the best the coming year can muster.