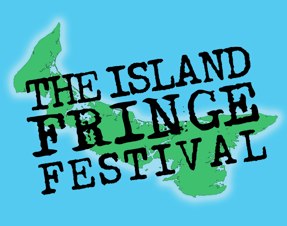 On a cool summer night last year I joined a couple of dozen other people in Kings Square in Charlottetown to watch WOLVES > BOYS, one of the shows the 2012 edition of The Island Fringe Festival. It was a witty little play, well-acted, and the venue couldn’t be beat.

As such, I was well-primed when a request appeared in my email box last week, through a carefully-choosen intermediary, asking me to be a sponsor of this year’s festival. I wrote a cheque – a modest $200 cheque, mind you, not a life-changing Tim Banks-style cheque – on the spot. As such I become a “Community Sponsor” of this year’s fringe. Or rather Reinvented does.

The sad irony is that I’ll be away in Ontario for the duration of this year’s festival – August 29 to 31, 2013 – and so I won’t get a chance to enjoy the walk-on roles, skyboxes, VIP lounge access, extravagant afterparties, and other perks that such sponsorship affords1.

If you happen to have a few hundred dollars kicking around and an urge to support independent theatre in unusual venues, perhaps you could become a sponsor too? Just go here and follow the links.

2. Post title courtesy of Rogers & Hammerstein’s “Oklahoma,” The Surrey With The Fringe On Top.