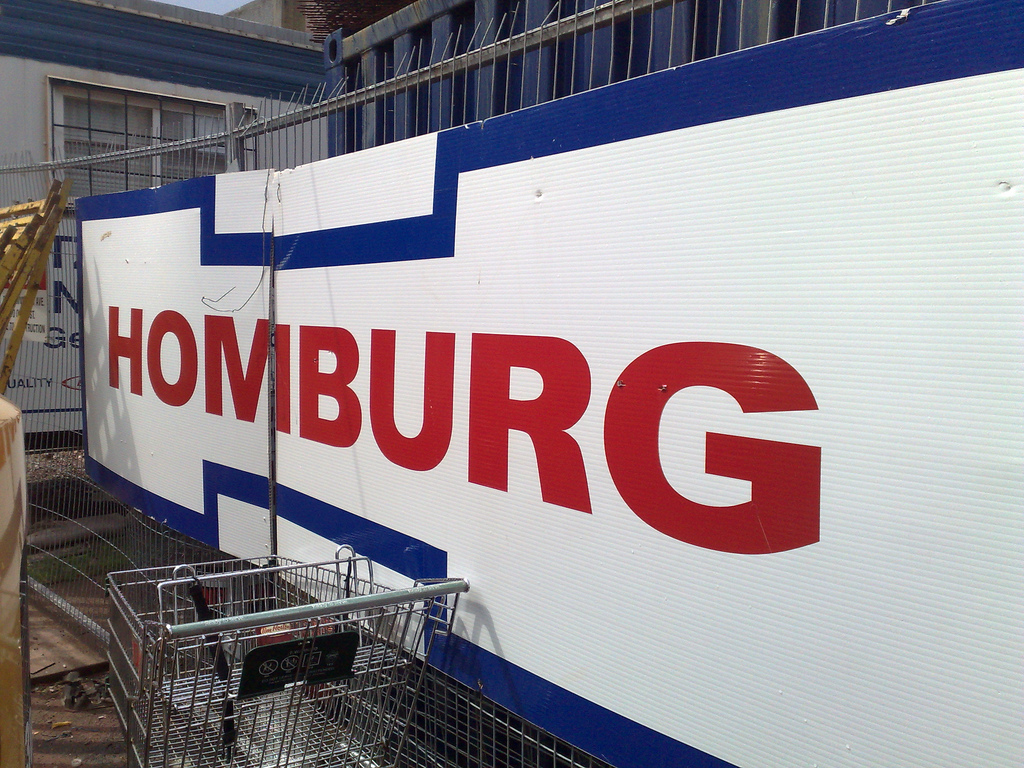 There have been rumblings of discontent within the cultural intelligentsia of Charlottetown for the past few months about the donation, that last night became public, by developer Richard Homburg of $2 million to the Confederation Centre of the Arts, and the resulting renaming of the Centre’s Main Stage to Homburg Theatre.

While their are myriad reasons to call this donation into question, the foremost, to my mind, is the simple vanity of it all.

Selling off naming rights is a well-established institutional practise, and one the Centre has used before in smaller ways without outcry.  But Prince Edward Island is a special place, a place that treats vanity as a serious sin, punishable by suspicion and long term just-out-of-earshot scorn.

On the Island, it’s fine to be successful, you’re just not supposed to show it off.

That Homburg appears to have ridden into Charlottetown, decided to remake the city in his image (complete with large HOMBURG signs slapped on everything that doesn’t move), and then, in a vainglorious coup de grace, paid to have the cultural heart of the city renamed after him, is vanity the likes of which we’ve never seen before.

While it’s hard to argue with Homburg’s generousity, to my eyes the impulse is tarnished by this self-idolatry.

You can rename the entrance to 84 Fitzroy, “The Reinvented Atrium” in exchange for a few coffees.

Keep this up and Homburg is going to start a blog!

“…a place that treats vanity as a serious sin…”

You have to be joking. The unfounded superiority and vanity of Islanders is legendary. The only issue is that it is from the wrong source, not an authorized Island “important” person. If the name was Schurman or MacLaughlin no one would bat an eye. But God forbid if you call it Gallant!

It’s poking “Islanders” in the eye b/c he’s “from away” … and nobody can leverage their family connections or “PEI old boys club” (business or political) favoritism. I wonder where the kickbacks are in this scheme.

However — It’s a thread/money trail that gets $1 million for Confed Centre upgrades that are sorely needed.

That said the tunnel is just ridiculous… I hope it’s not a damp, urine smelling “hall” similar to the parkade access pedway.

Proof again — the vanity is legendary! Saying anything other than Jesus is jealous he was not born in PEI can only mean the point of view is “from away” (meaning 99.99998% of humanity can never be right.) In this case, all Homburg has done is taken advantage of existing funding and taxation programs and what do they get in return? Allegations of criminal kickbacks. What next? Maybe Homburg will point out Anne was a Nova Scotian and LMM abandoned the Island for Ontario. Slander!

What if he made it comic sans?

I’m with Oliver — What if he did make it comic sans?

Even if he did use Comic Sans, it wouldn’t be the world sign in town. That honour goes to the nasty Why Condos sign on the corner of Prince & Euston.

Schurman or Holman have roots here, but Homburg is foreign. It’s funny both are Germanic, yet Schurman is so familiar. Outsiders, with largesse and the urge to control this island have a sordid history here. So, choke on bannack at Lot 30 restaurant evil foreigner, see if an islander gives you the Heimlich maneuver.

That being said, a million dollars for the arts in PEI warms my heart. If Homburg wanted to glamour us islanders it could have renamed the big rink in Charlottetown, you know, what is it called? That would have been cheaper, and the balance could have went towards our tiny arts community, no name changes, and everyone who cares about arts would have the name Homburg on their lips.
Word of mouth in the PEI arts community is like two or three phone calls.

Homburg is both dutch and German.

The word CONFEDERATION is a stamp of sorts as well that finds various uses on the island — in my mind put on by uppity mainlanders or perhaps uninspired locals seeking to suck money off said mainlanders. All the more ironic where PEI rejected the experiment called Canada in 1867, and would likely have never entered Confederation were it not for the financial pressure by the UK.

Homburg is just another in a long list of absentee landlords who have set up shop here in PEI. Interesting how when reversed it becomes GRUBMOH….. grab more? But it is just a name nonetheless. And to have it decorate the CONFEDERATION Centre is all the more laughable. One non-PEI brand usurping, or perhaps complementing, the other.

If government were really serious about such matters, they’d investigate the entire issue of non-Islanders owning land here at all, let alone having non-PEI brand names plastered over the landscape.