With Ohio as an important battleground state in tomorrow’s US election, it’s interesting to note that at almost 250 years ago this area of the country was to become a colony called Charlotina, named for the same Charlotte of Mecklenburg-Strelitz after which Charlottetown is named. The colony was never actually established, but it does appear on a map showing British colonies of the day: 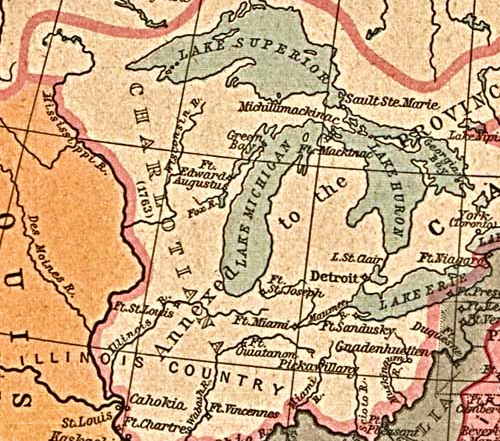 Other places named after Queen Charlotte:

It looks like there is an extra “A” on the map, so that the name is “Charlotiana”. Am I seeing that right?

Sorry. Commented before following the links.