I was pretty sure, once I learned that Chaos Communication Camp 2011 was going to coincide with our time in Berlin, that I’d find a way to make my way there. And when my friend Jonas from Malmö announced he was flying down to go, I had my chance. Which is how Oliver and Jonas and I ended up on the journey to Finowfurt first thing yesterday morning.

It’s hard, maybe impossible, to put into words what the camp is like. Take thousands of hackers, relocate to an airfield 40km outside of Berlin for 5 days, and see what happens: that’s what it boils down to. The organizers provide the space, power, bandwidth, and all the necessities of life (showers, garbage removal, access to food and water); the participants make the camp.

We weren’t full-fledged attendees, as we weren’t camping out, but we got a good chance to experience everything from homemade Polish vodka to a laser-cutter demonstration to a soldering lesson, to an extended session with a DJ learning how to use Ableton Live to make edits. We arrived at camp at 11:00 a.m., left at 11:00 p.m. It rained a little in the middle, but we were happily hidden away in a tent. We ate extremely well – everything from lard and bacon on bread to mango lassies and watermelon shakes to one of the best burgers I’ve ever had.

Lots to digest from the 12 hours we spent there, and perhaps more to report later, but in the meantime, here’s the day in photos (see all the photos I shot here). 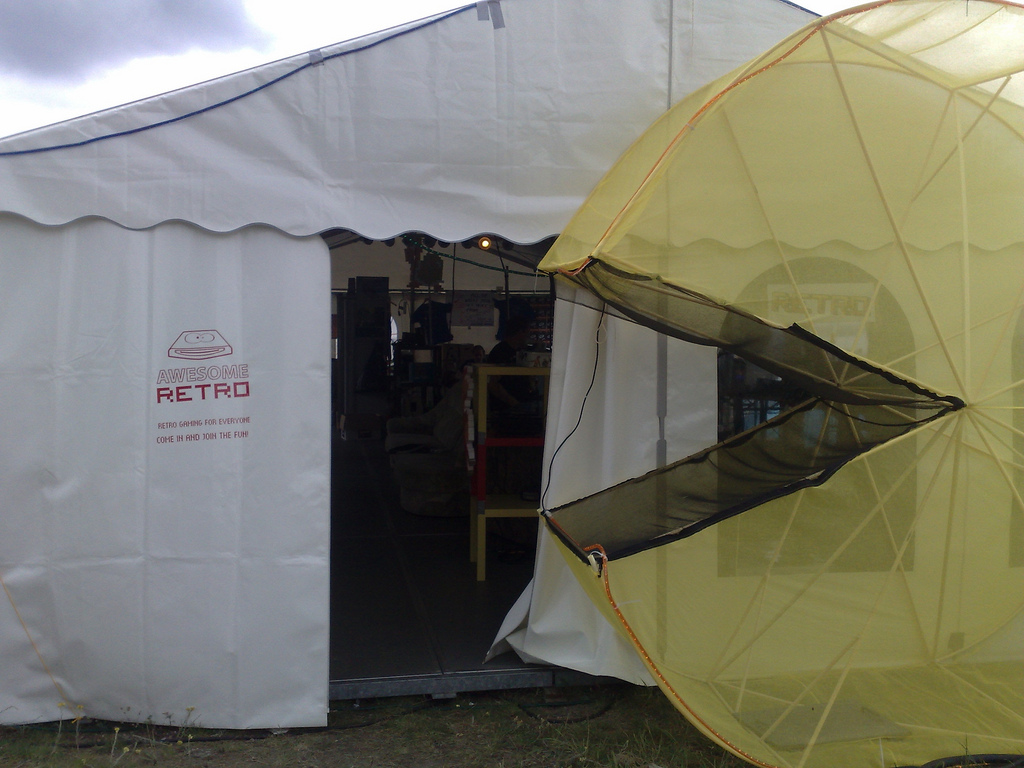 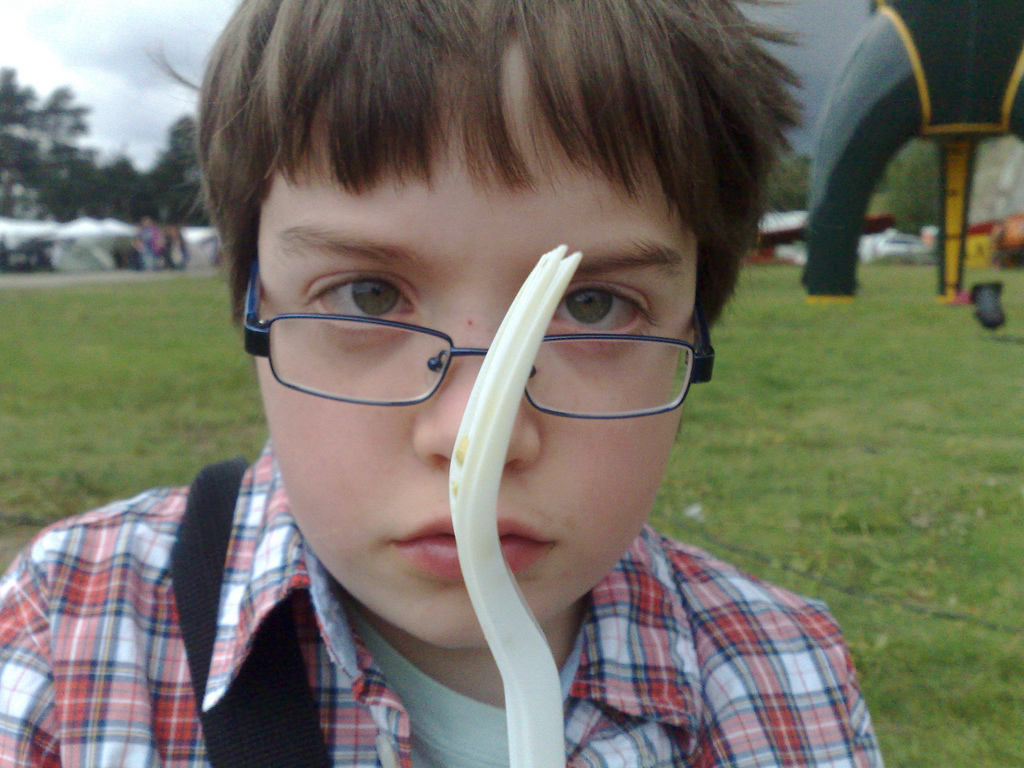 A Robot Encountered on the Way to Lunch 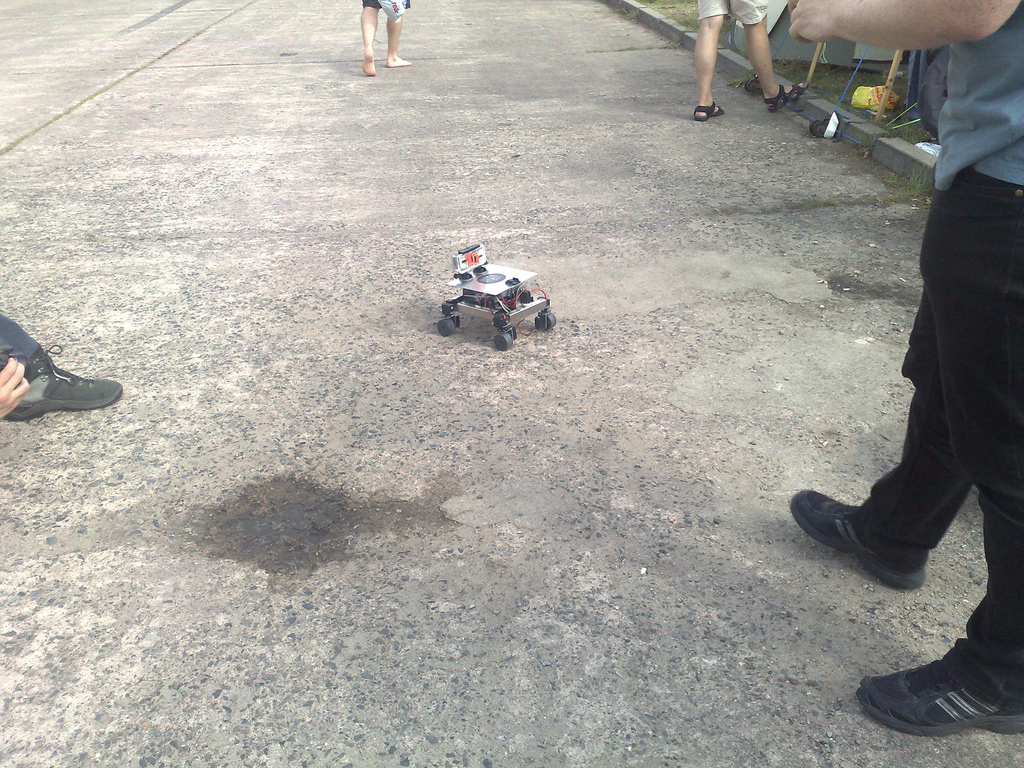 Two Hours in a Dome Tent with DJ Billy Idle 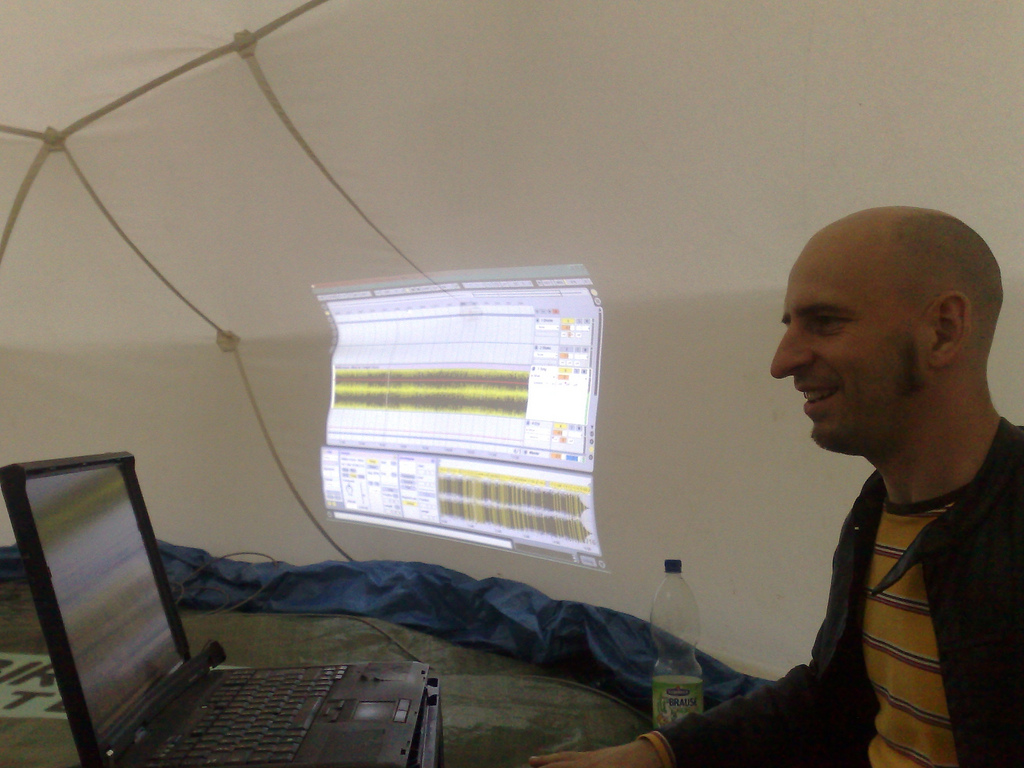 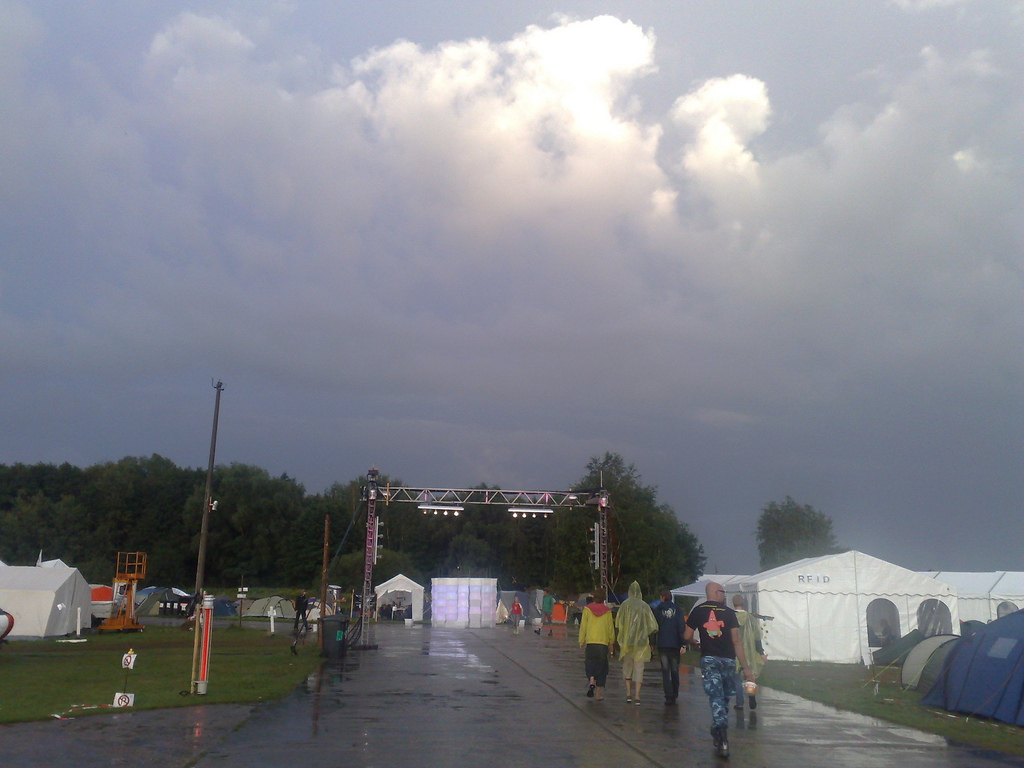 Watching a Talk from the Outside 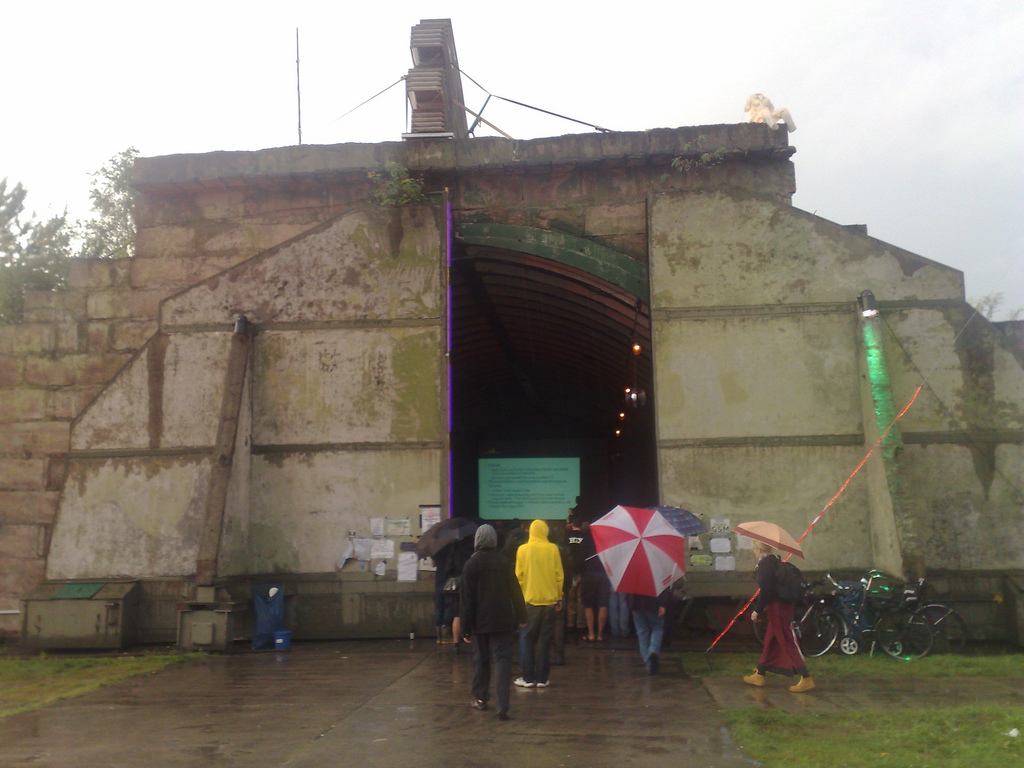 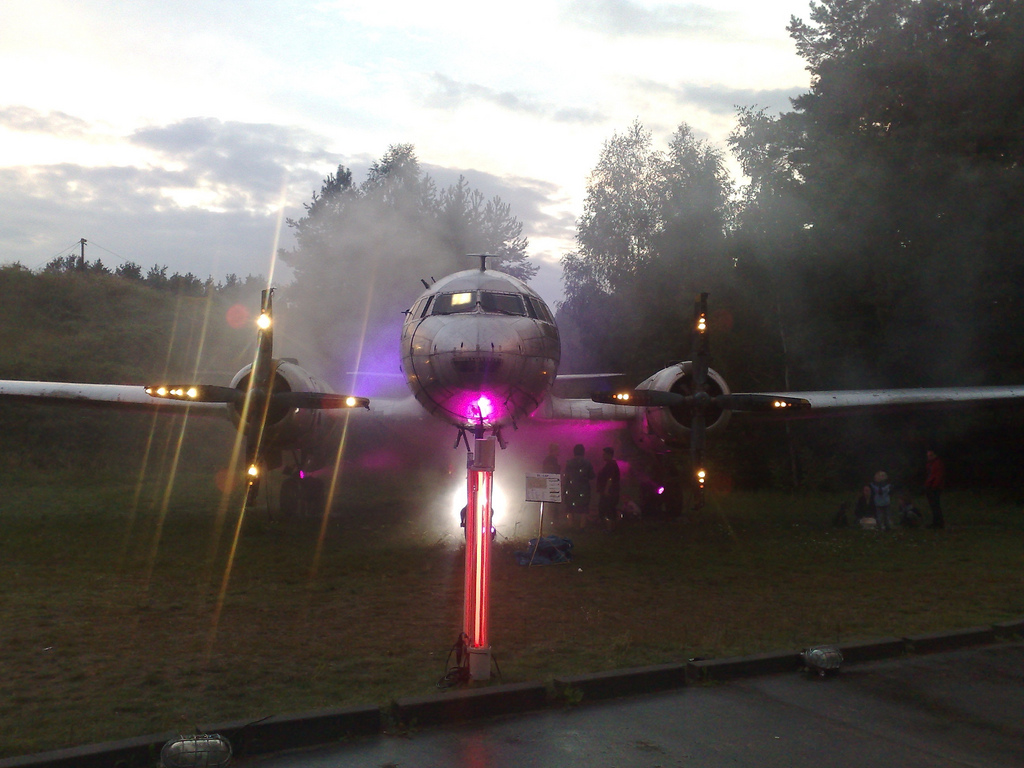 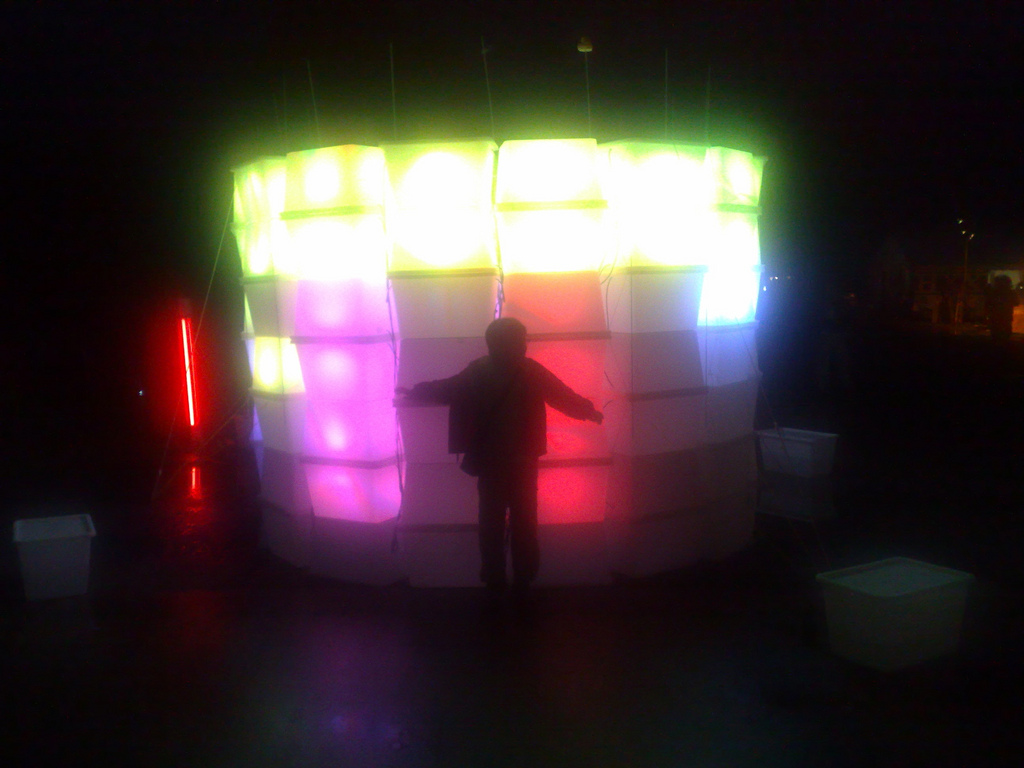 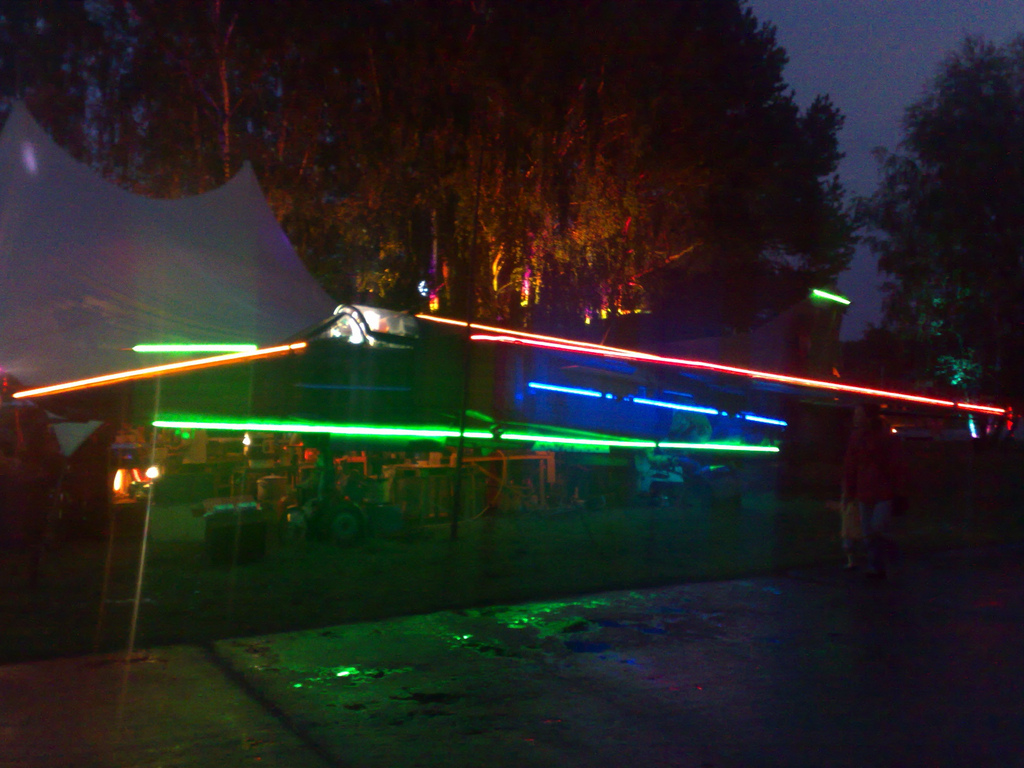 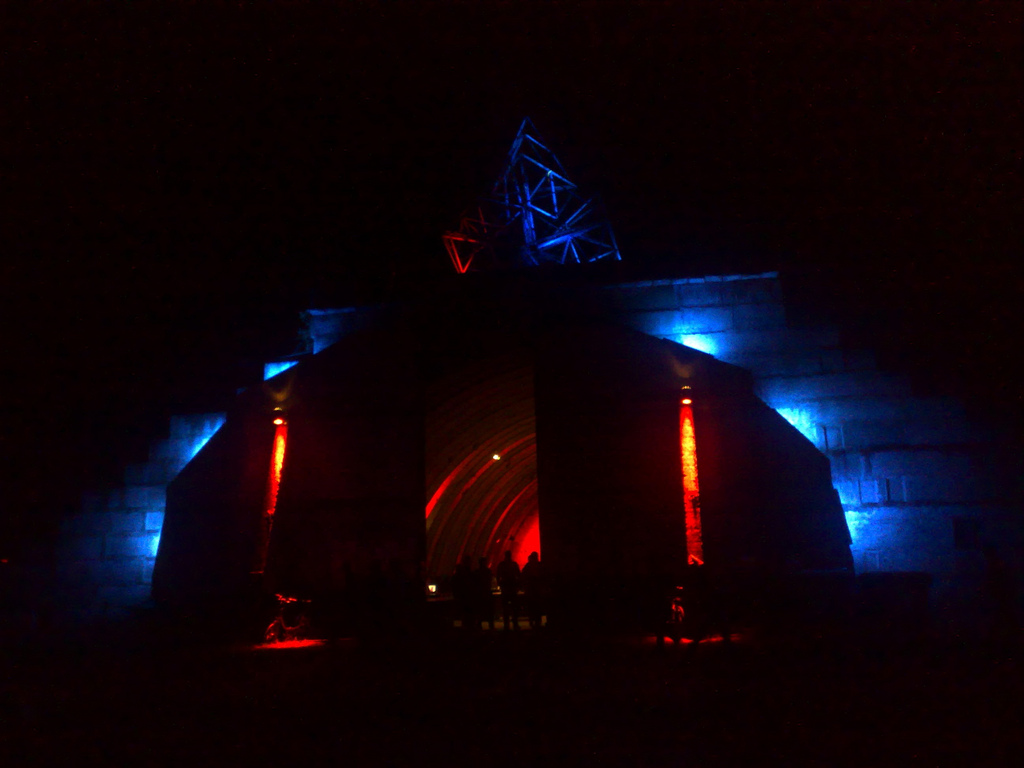 Oliver the in the Steam of the Rocket 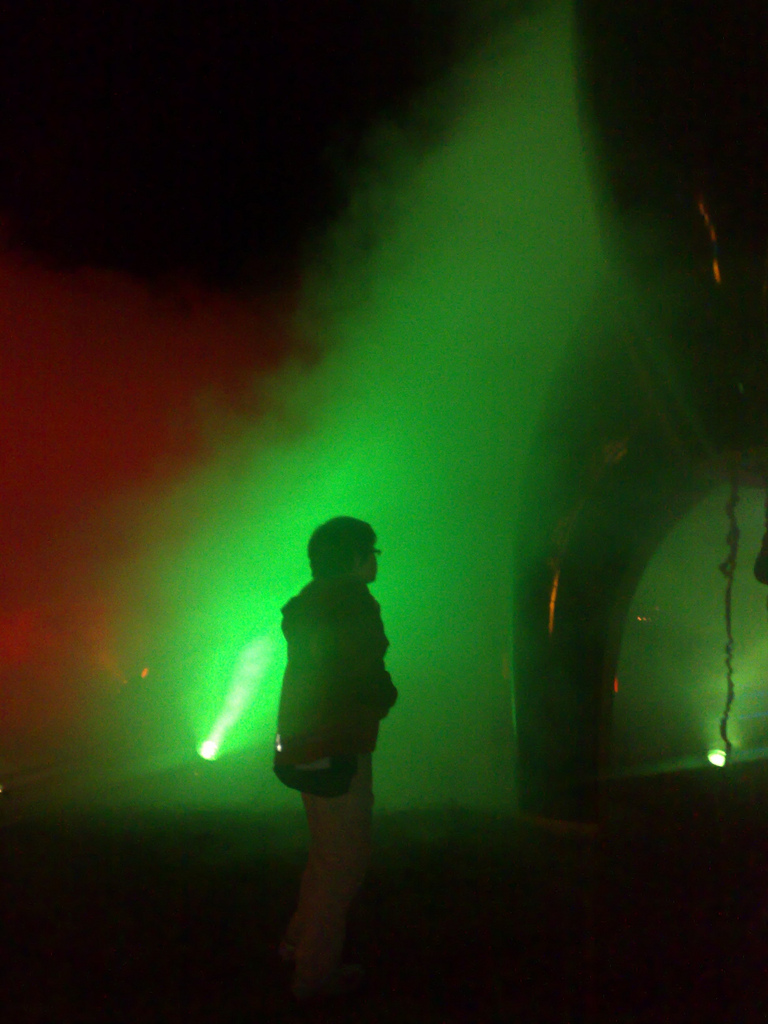