When I was 16 years old, my father and I started a company together called Cellar Door Software.

We got the name from the CBC: one day we were listening to the radio in the car and heard a segment where listeners had been invited to submit nominations for the most mellifluous words in the English language; someone suggested cellar door. We agreed. And that became the name.

(We also had a pretty nice-sounding cellar door at our family home in Carlisle).

The personal computer was the grand overlap between my life and Dad’s: he was an early adopter of computers, using them from the punch-card days onward in his work as a scientist. We both became fascinated, in the early 1980s, with personal computers, eventually acquiring a Radio Shack Color Computer for the family.

Cellar Door Software became an umbrella for two projects: my work as a programmer, and our joint work offering computer courses, both at the local high school at at the Hamilton YMCA, to children and adults.

We borrowed $2000 from CIBC to start the business in September of 1982 and we ran it for three years until we closed it down–likely, if memory serves, because I moved away from home–in August of 1985.

We used the $2000 for a bunch of capital expenses, which my brother Mike found in a PDF file this week:

The printer (a dot-matrix) and the TRS-80 Model 4 were both in service of my work for Neil Evenden at Skycraft Hobbies, where I modified an inventory control system to better suit the needs of his hobby shop.

Our primary source of income otherwise were our courses at the high school and at the Y: in both cases we used Sinclair ZX-81 computers and black and white televisions, one setup for every two students. We taught the very most basic programming, like:

At some point during our business tenure I had an opportunity to take a batik course, and I created a sign for the business; it’s hung in Dad’s workshop ever since: 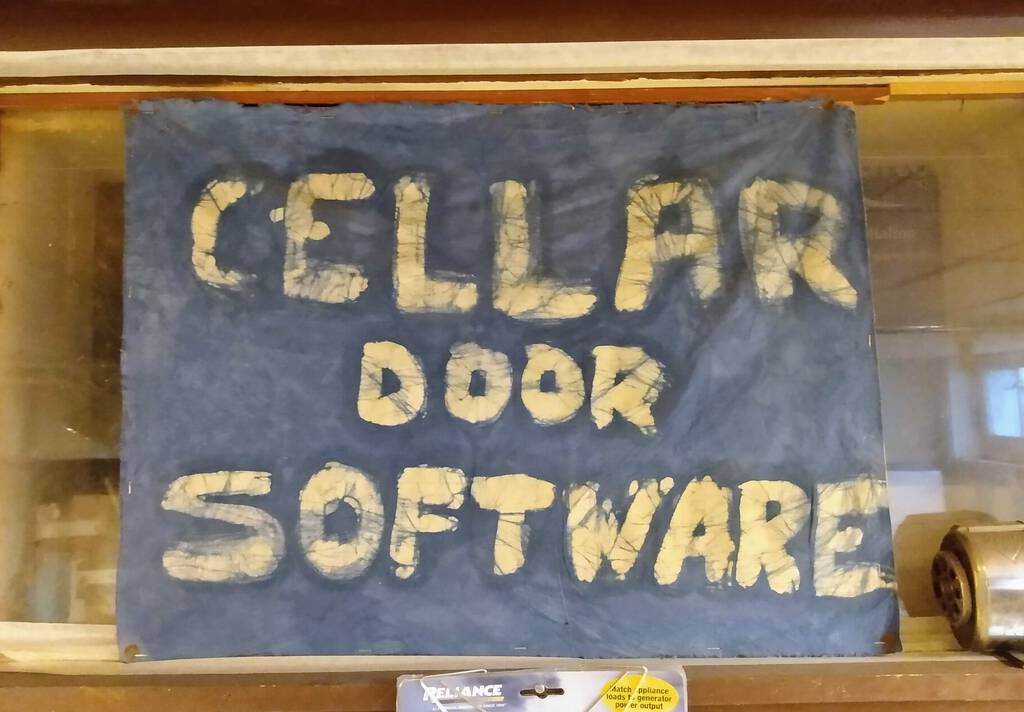 Fascinating to learn that lore, and a lovely story