When I read about Catchbox, a “throwable microphone,” on the Alibis for Interaction blog in September I didn’t get it.

Then I went to Alibis for Interaction and I saw a Catchbox in action – used it even – and I understood.

Then, this weekend, at the StopCyberbulling conference I saw “regular old microphones” in use to take comments and questions from the audience and it all seemed positively barbaric. 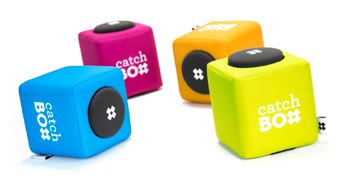 Here’s what I get now, that I didn’t get before, about Catchbox:

Having seen it work, I’m sold, and I’d encourage anyone who’s organizing an event that has an audience that you want to engage (or where you want to actively work to break down “audience” and “speaker” roles) to investigate. You can’t buy one yet, but you can rent one if you’re in Finland (or, apparently, Landskrona), and you can put yourself on the waiting list when they open up sales.