Last Thursday I read that my friend and former client Anne MacKay had one of her photographs chosen to appear in a new series of Canadian stamps by Canada Post: 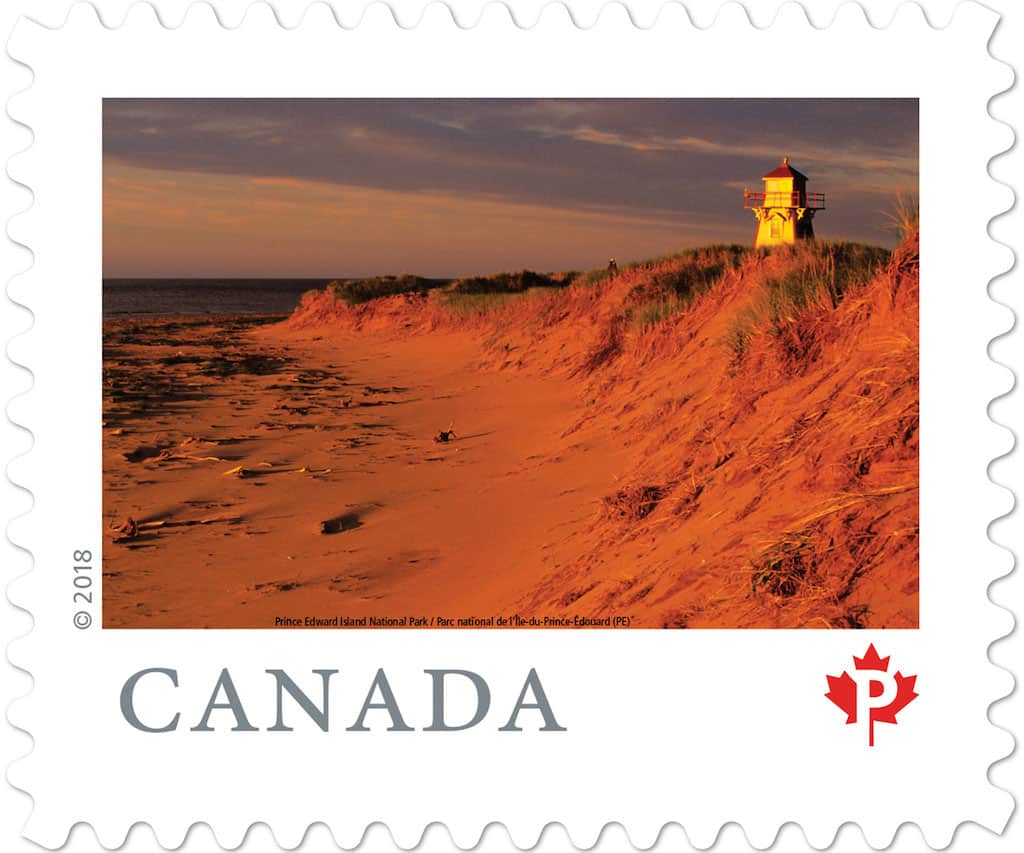 It’s a lovely photo, I am a passionate user of the mails, and take every opportunity I can to use interesting stamps, so I set out to order some of these stamps.

I could have gone out to the post office at lunch–it’s only a couple of blocks away, after all, and is staffed by friendly, unionized workers–but I decided, instead, to order the stamps from the Canada Post website, reasoning–incorrectly, as it turned out–that if anyone would be good at turning an order around and getting the stamps in my hands quickly, it would be those that deliver the mail. They have the source code in-house, so to speak. 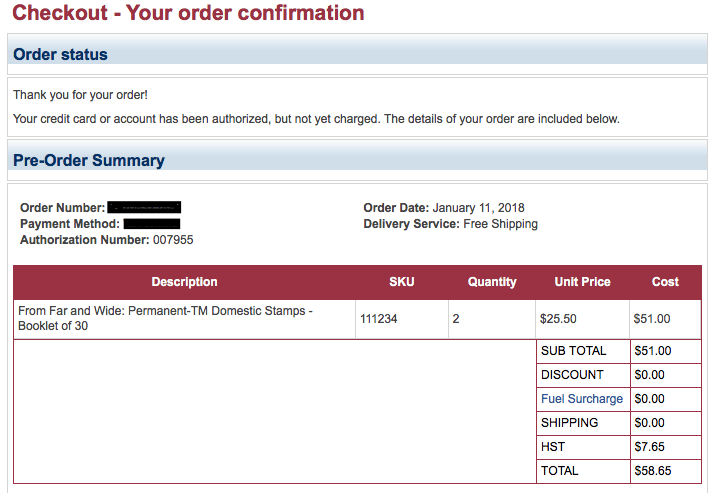 I found the “your credit card or account has been authorized, but not yet charged” a little weird, but I figured that I’d shortly get a follow-up email with shipment details.

By Monday afternoon I still hadn’t received this follow-up, and the Canada Post website continued to give “Thank you for your order! We are preparing it and will ship it to you shortly.” as the order status, so I called their customer service line for an update.

After waiting for 6 minutes on hold, I talked to a friendly agent who began by telling me that their typical turnaround is 5 days to process the order, and then delivery 5 to 10 days after that.

I asked if, given this unreasonable level of service, I could cancel my order, but was told that I couldn’t: apparently even though my order is in the “We are preparing it and will ship it to you shortly” state, on January 12 it went through some transition in their system that prevents it from being cancelled.

If there was ever an opportunity to showcase Canada Post’s logistics services to small businesses, it would be in the ordering and delivery of Canada Post’s own products from its own website using its own delivery network.

What should have happened here is that I should have received my stamps in my mailbox the next morning. Or, given the late hour of my order, perhaps more reasonably on Monday morning.

Not in “around two weeks from now, but we can’t really tell you when.”

They have failed this test.

I will order my stamps from the post office up the street from here on.

Good article. I hope it results in two things:

Such stories illustrates one thing, government cut backs and years of neglect of service to the public has led to this. It is the same in many government depts, no one cares and management thinks they are doing a great job.