Oliver and I were sitting out on a bench on Victoria Row one day this summer when he noticed “Cameron Block” at the crest of the block of buildings that include Youngfolk & The Kettle Black. Which got me thinking: who was Cameron?

Cameron, it turns out, was Ewen Cameron. Among other things he was Speaker of the House of Assembly, insurance agent, realtor, shipbuilder, and teacher. He died an untimely death, at the age of 43, in 1831, drowning off what is now Victoria Park. During his legislative career Cameron was active in the consideration of bills to extend the vote to Roman Catholics and to end slavery.

The Cameron Block wasn’t completed until 54 years after Ewen Cameron’s death – it was developed by his son-in-law Horace Haszard and designed by William Critchlow Harris – but it sits on the site where the family had long roots.

To help memorialize Ewen Cameron – in an email to me, Boyde Beck called him “one of the most most tantalizing ‘might-have-beens’ in that era of politics – and the building that came after him, I’m printing up coffee bags for a “Cameron Block Blend.”  They’ll be two colour; what you see below is the black, which contains a (very) short biography of Cameron (I hope it’s enough to prompt the coffee drinker to dig deeper). Red to follow this afternoon. 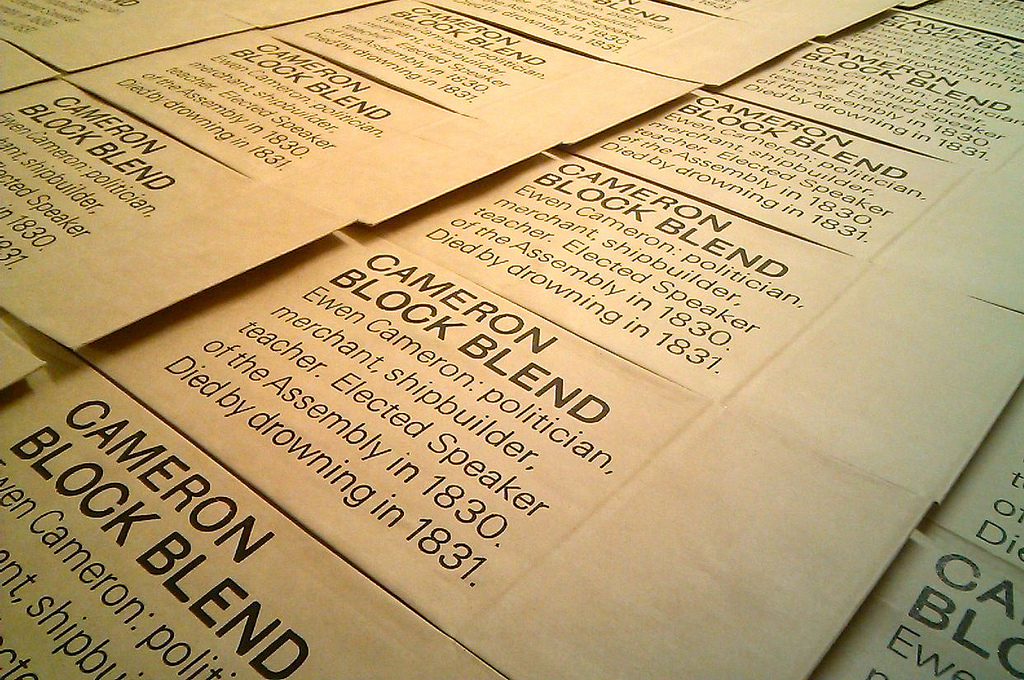