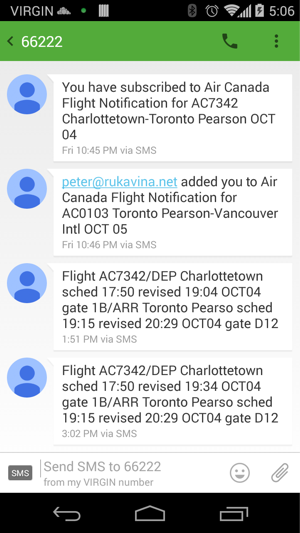 A curious set of circumstances will see me spending the next week in Calgary wearing two overlapping hats – Hacker in Residence and Reinvented – to engage in a rollicking good time amongst academics working in information visualization and surface computing, with an eye to developing collaborations around a number of projects, including the energy thingy that Scott Bateman has been developing for Reinvented, the Social Consumption Project that I’ve been funded by the City of Charlottetown to carry out, the Archiving Geopresence project that I’ve been working on for several years, and a variety of other projects and pipe dreams (including an idea that’s been floating around my head to someone illuminate the Samuel Holland township lot lines so that they can be seen from outer space: I’m pretty sure there’s a better approach than my “light a lot of bonfires” idea).

Two hats requires two business cards, so I’ve got the case packed with half of each. And which had I’m wearing at any given time – adventurous hacker or keen capitalist – will depend on the circumstance and my mood. 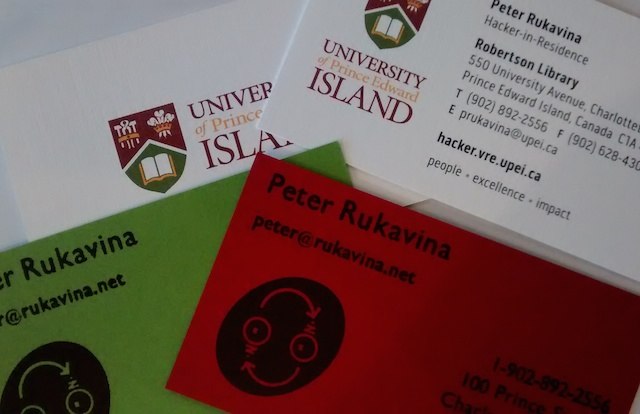 I’m taking the long way to get to Calgary, stopping in Toronto tonight, flying to Vancouver tomorrow and then immediately on to Calgary, and then, next Friday, flying back to Vancouver for a quick two-day stopover before arriving back in Charlottetown a week from Sunday.

Or at least that’s the plan: Air Canada has been sending me flight notifications all afternoon long moving the departure time for my flight to Toronto ahead. Projecting forward, at this rate I’ll likely be leaving after I come home.

You have GOT to be kidding me! I leave ruk.ca alone for a week or so and find I've missed an opportunity to take you to lunch?

I suppose everything depends on when your flight leaves for Vancouver today. Let me know if you're still around.