In London on the weekend I had two occasions to see buildings in diagram form within hours, by coincidence, of seeing the same buildings in physical form.

First, at the Victoria and Albert Museum, this cutaway diagram of St Paul’s Cathedral outside the Architecture Gallery: 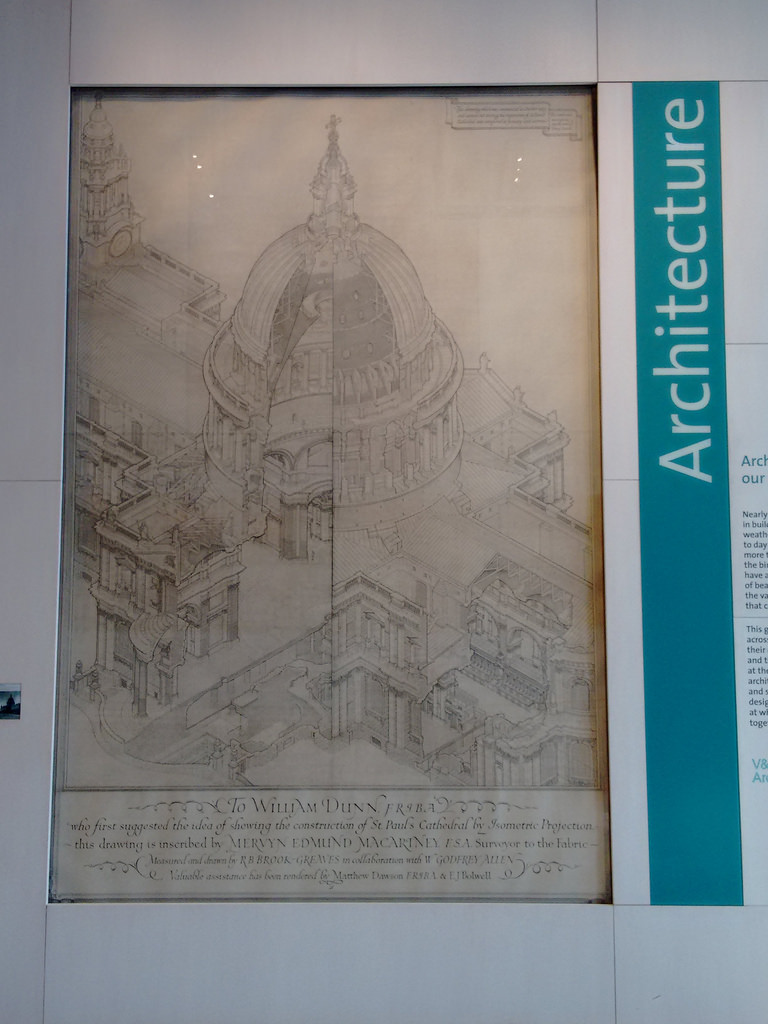 A few hours later I was walking over the Thames from the Tate Modern and directly in front of me I spotted something that looked strikingly familiar: 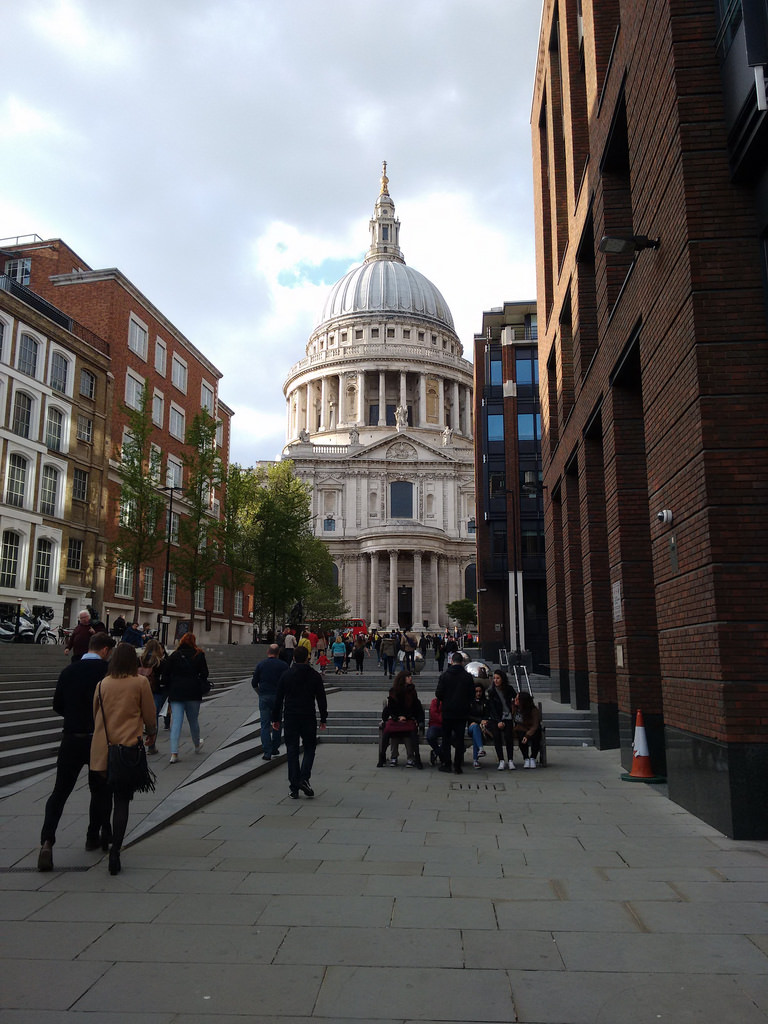 The following day, in the basement of St Bride’s Church, where there’s a thorough exhibit of the church’s connection to the printing trade, I spotted this rendering of the Daily Telegraph building on Fleet Street: 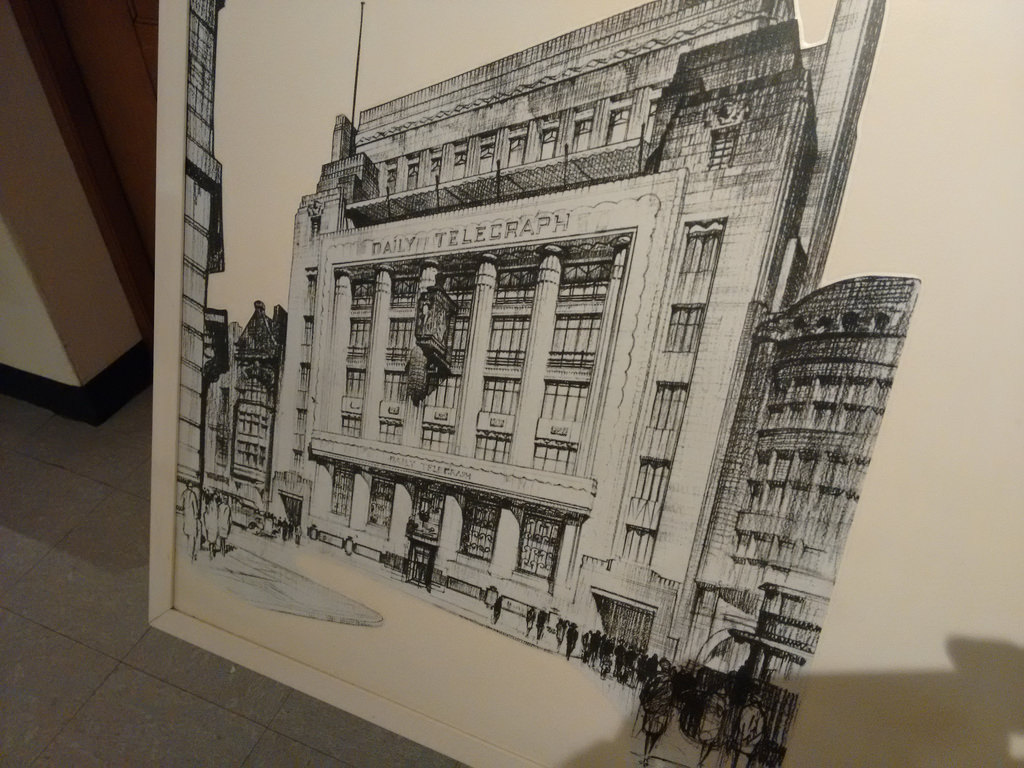 I recognize the building from a walk down Fleet Street that I’d taken just hours before, the name of the newspaper having been removed from the building after it decamped elsewhere: 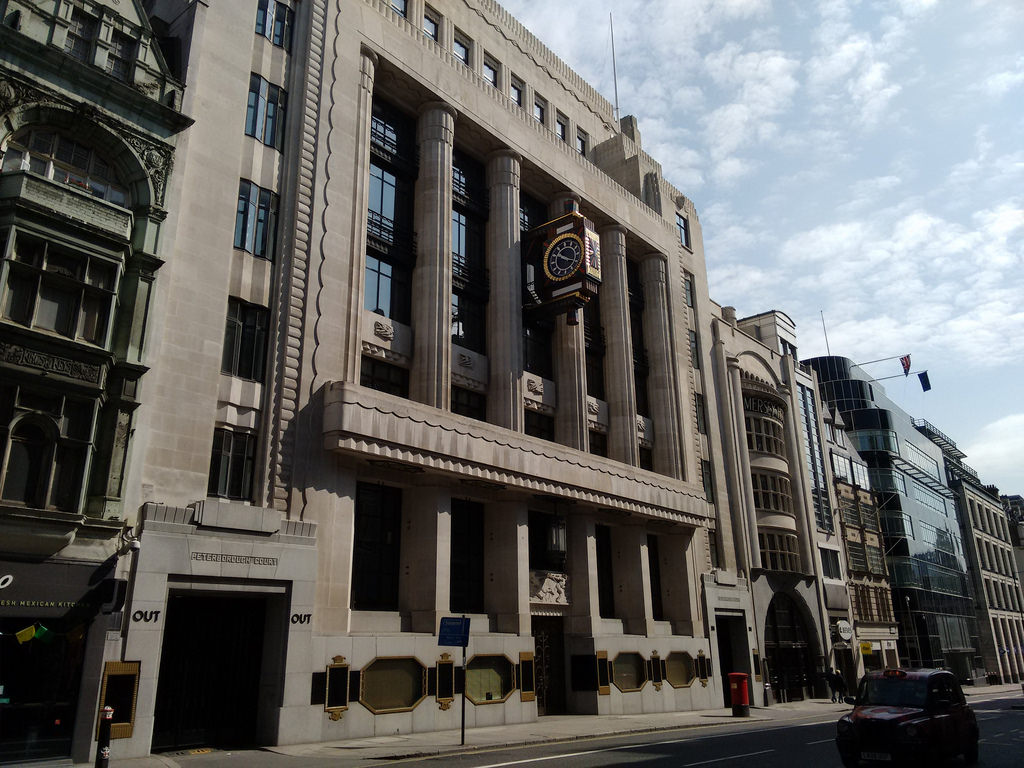 If you look very carefully in the space above the pillars you can see where “DAILY TELEGRAPH” was parged over.