I first met Bill Coleman almost 20 years ago on a plane to Cuba.  Two years later, while driving up the United States, I visited Bill in Bartlesville, Oklahoma  and met his friend and sometimes co-conspirator Mark Shaub.  And a year after that I saw them perform The Brothers Plaid, their tap dancing paean to the Winnebago lifestyle, on a barge in the Ottawa River.

As if further proof was needed that anything really important in this world happens in Charlottetown, Mark and Bill first met in here in the mid 1980s when they were both part of Montage Dance Theatre, the Island’s erstwhile unlikely modern dance company.

Bill and Mark have been here on the Island since Friday for Montage’s 25th anniversary, and tonight we had the pleasure of seeing The Brothers Plaid return to the stage at The Why: 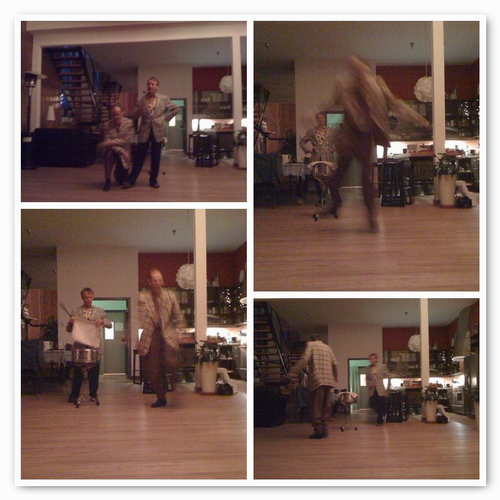