I moved to Peterborough, Ontario in 1985 to go to Trent University. While it didn’t really work out for me and Trent — I only lasted a year — I liked the city enough to stay until 1993. After we moved to the Island I went back a few times, but I hadn’t been back for 10 years until this weekend.

I was up in Ontario to attend the funeral of my friend Stephen Southall’s father George, who died last week. Air Canada’s schedule conspired to take me up a few days early, so after a day with my parents and a day with Catherine’s parents, on Friday afternoon I was in Kingston in the unusual church-in-a-basement that is Zion United.

I’ve known Stephen for more than 20 years, and in that time I’ve had many opportunities to spend time with his parents and his seemingly endless collection of brothers and sisters. The Southalls are nothing if not eccentric, and George Southall’s memorial was appropriately filled with wit and humour. Stephen gave an excellent eulogy that both managed to capture his father’s spirit and to make obvious to anyone who didn’t know that George’s spirit will live on, in part, through the verve of his children.

The memorial also gave me an opportunity to see my old friend Karen for the first time in a long, long time, and to meet her kids (two of which were born 7 days before Oliver). And of course all of the Southalls were 10 years older than the last time I’d seen them, so there were plenty of new children and new partners and new adventures to learn about. It was all very teleportational and surreal; it felt, in a way, like I’d fallen asleep and woken up a decade later and everything was both the same and completely different.

This trend continued over the weekend: late on Friday night Stephen and I escaped from the mayhem and made our way back up to Peterborough, and on Saturday morning I woke up early and took a walk around my old neighbourhoods.

I went by 241 Dublin Street, where I lived with Linda and Simon and Brenda above a screen-printing shop: 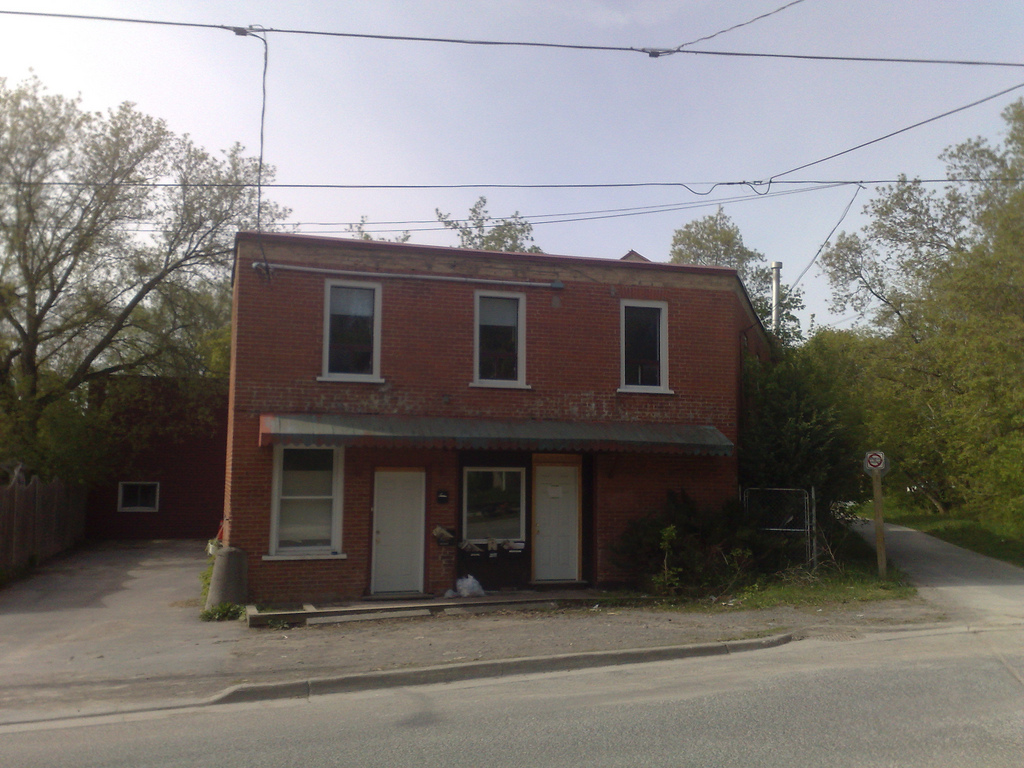 And 451 Water Street, first George and Leslie’s home, then mine for a small slice of time before I left town for the first time, and then Stephen’s home for 14 years: 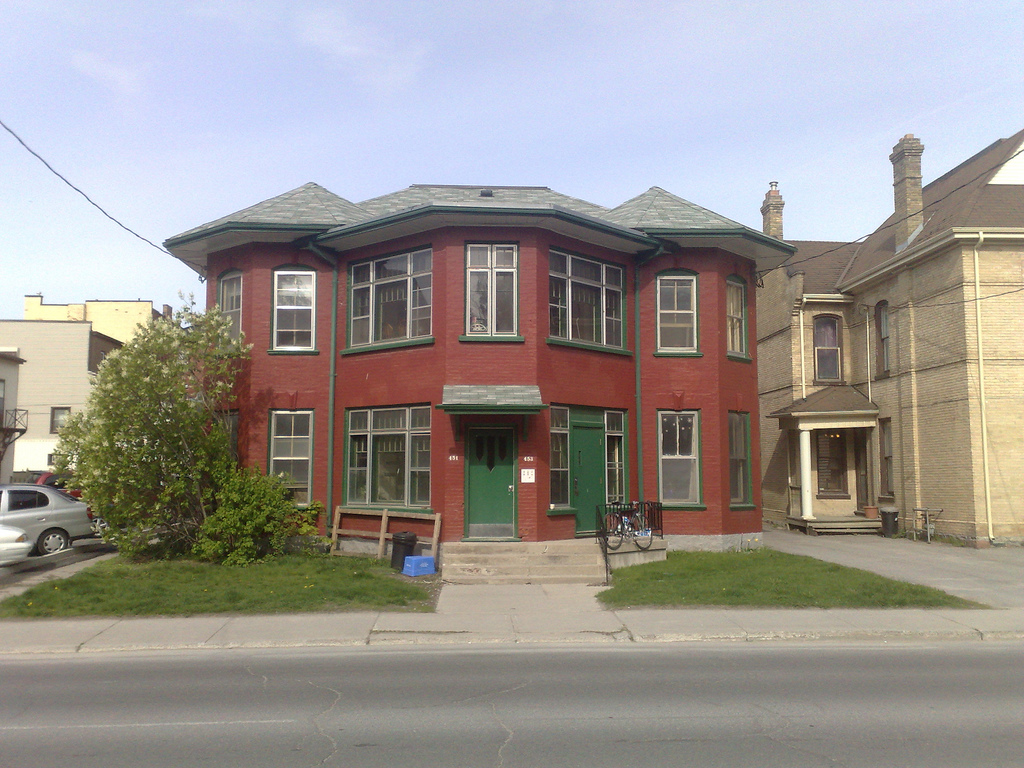 Later in the day, on a walkabout with Stephen, we went by 621 George Street, where I first met Catherine (she was my next-door neighbour) and where I lived with Tim and Dianne and Richard. My room was in the attic, reached by climbing up a ladder at the end of the hall; you can see it in the photo — the three tiny windows at the top of the house: 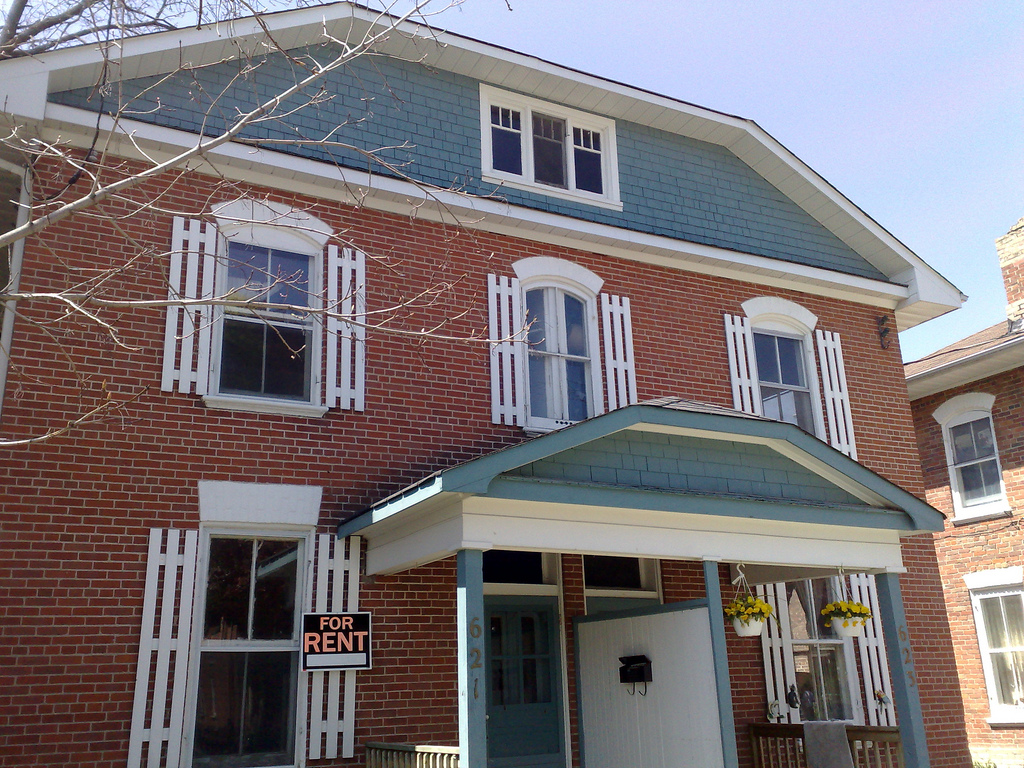 And by 139-1/2 Hunter Street West, where Catherine and I first lived together (in an apartment on the third floor), and the last place we lived in Peterborough before moving east: 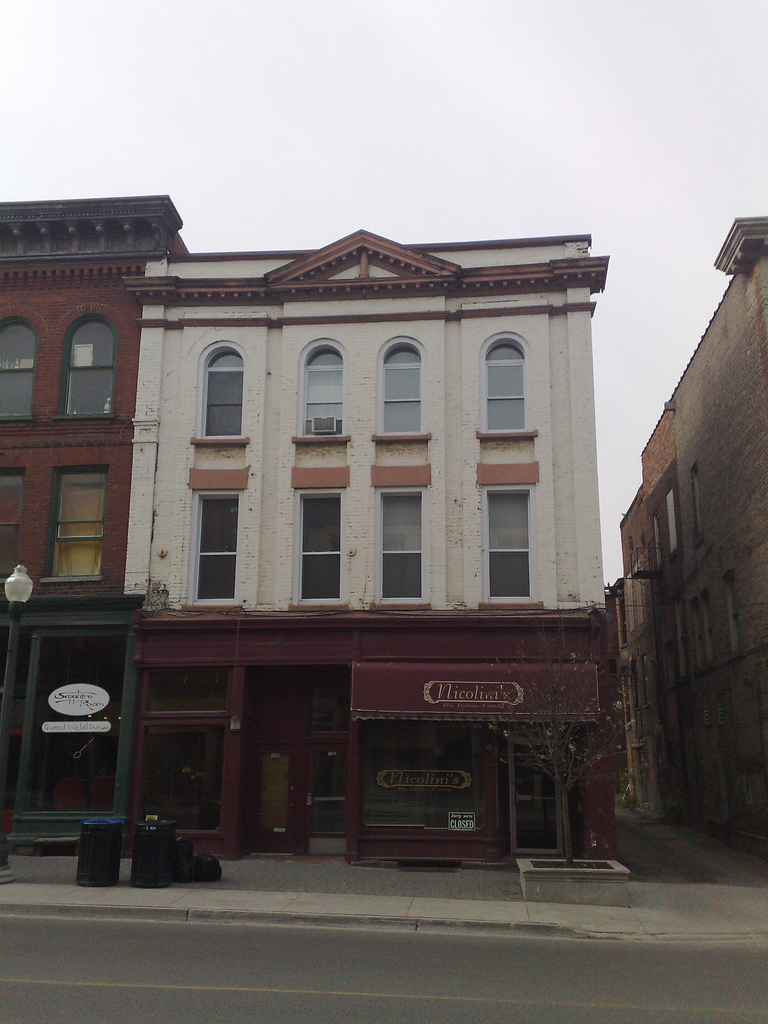 Saturday afternoon Stephen and I walked across the London Street Foot Bridge to East City to see the hole in the ground where 107 Hazlitt Street used to be: 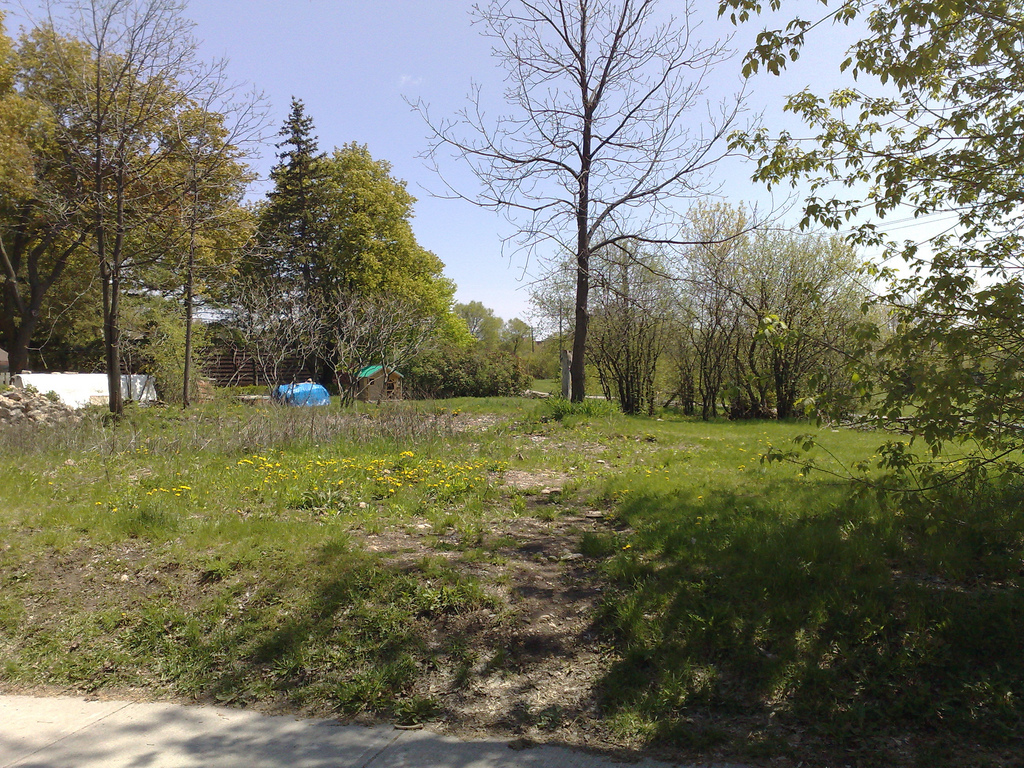 I lived in the house that used to occupy that spot twice, both times renting from Roy Wright, once with Simon for a summer that ended with us getting kicked out, replaced with new tenants, and then again the next year with Stephen and Mary Clare. That tenancy ended up with the police at the door and Roy insisting we weren’t actually his tenants at all.

Down on Hunter Street in East City we passed the old house with the turret: 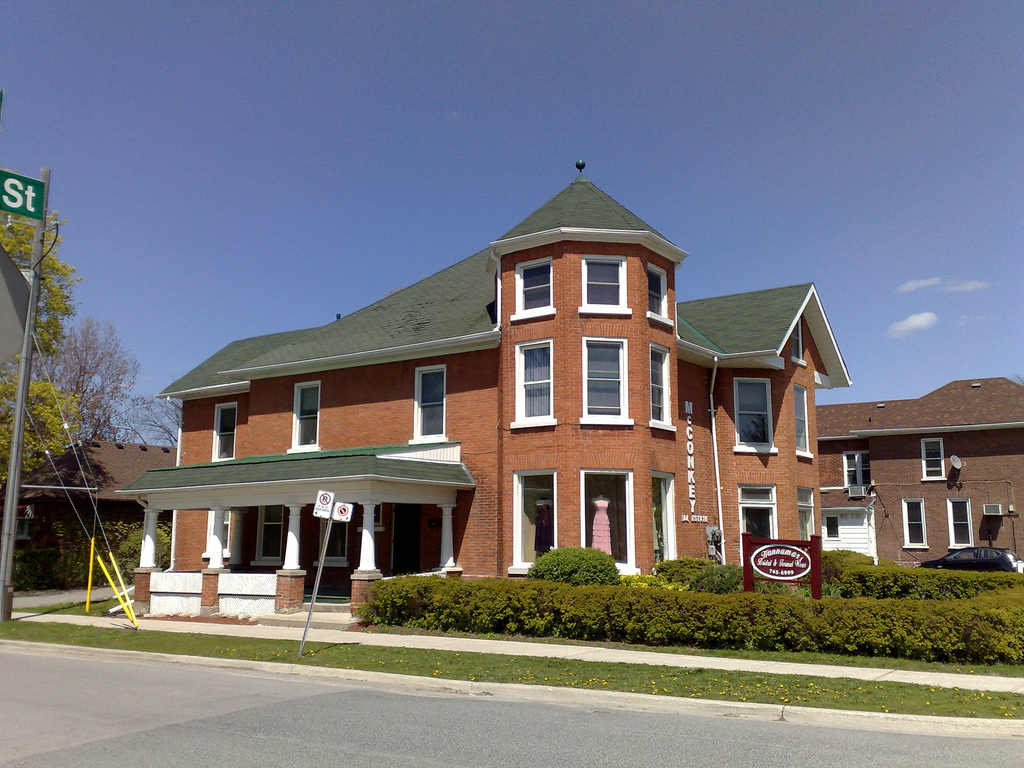 I had tea and popcorn in that turret with Jennifer Janz, Jake Berkowtiz and Betsy Trumpener in the fall of 1985; we were conspiring to create a show for Trent Radio. It’s the first memory of have of Peterborough; I thought I was in the apex of hipdom. These days the house is home to a real estate office and a bridal boutique.

Which is not unlike what has happened to the rest of Peterborough. The old home of Projects for Change, 219-1/2 Hunter Street, our storefront activism business, is now a leather goods store, and its second home, a few doors up at 231 Hunter, is a trendy bar called the Rusty Snail. Peterborough now has espresso shops and Himalayan restaurants and high-end video rental shops. There are also a lot of pawn shops and cheque cashing outfits, and more than a few empty storefronts on the main streets.

The city seems to lead a dual life: half upscale gentrified hipster and half decaying post-industrial milltown. While this dual identity was evident when I lived there in the late 1980s, the differences between the two now seem starker: from the look of the downtown on a Saturday morning, the two most evident demographics were beardy panhandlers and MEC-clothed women with golden retrievers.

Of course I was there but for a few hours, and my visit was tinged with the putrified glasses of a middle aged expat looking back at his college years, so it’s quite possible I got it all wrong.

Late Saturday night, after a visit with my old friend Nancy and her daughter — a year old when I last saw her, and now a smart, witty and confident 15 year old — I headed out the Parkway onto Highway 115 and home to my parents. After Mother’s Day brunch in Burlington with Mike and Karen and Mom and Dad I was back on PEI on Monday after an all-day flight back from Toronto.

It’s good to be home.

Hello, I am looking for a friend of mine called Jenny Janz, she used to play music, maybe she still does. I s she the one you have visited in Peterborough? That is where she used to live. Can you please tell her that i would love to speak with her?
I live in Québec and my phone number is 418-523-1773. My email is above.
Thank you very much. Sabera

That’s likely the same person, yes.  I haven’t seen her for years, alas.  Anyone?