My friend Elmine made a new video every day in December and posted each to her YouTube channel.

Spurred on by her disciplined example, and with the helpful guidance of Making Books, I’ve been trying to make at least one book a day. This has been proving very helpful in teaching me the pitfalls of folding and cutting and sewing. Here are some early examples, each imperfect in its own special way: 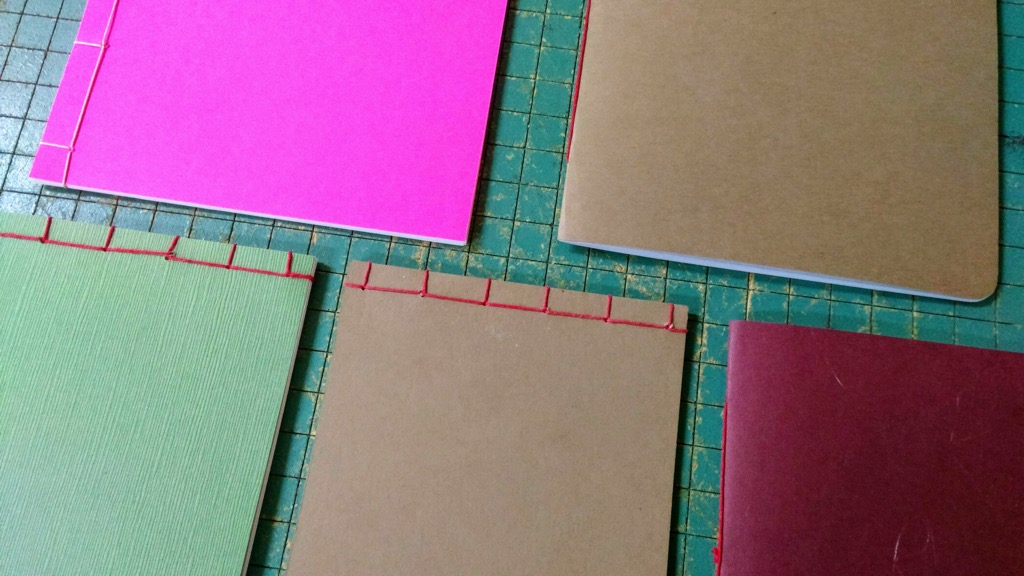 I’ve made four stab-bound notebooks since starting this run, and here’s what I’ve learned so far: