Apple released a substantial update to its Maps for Canada in earlier in the month, and there are big changes in Charlottetown as part of this: 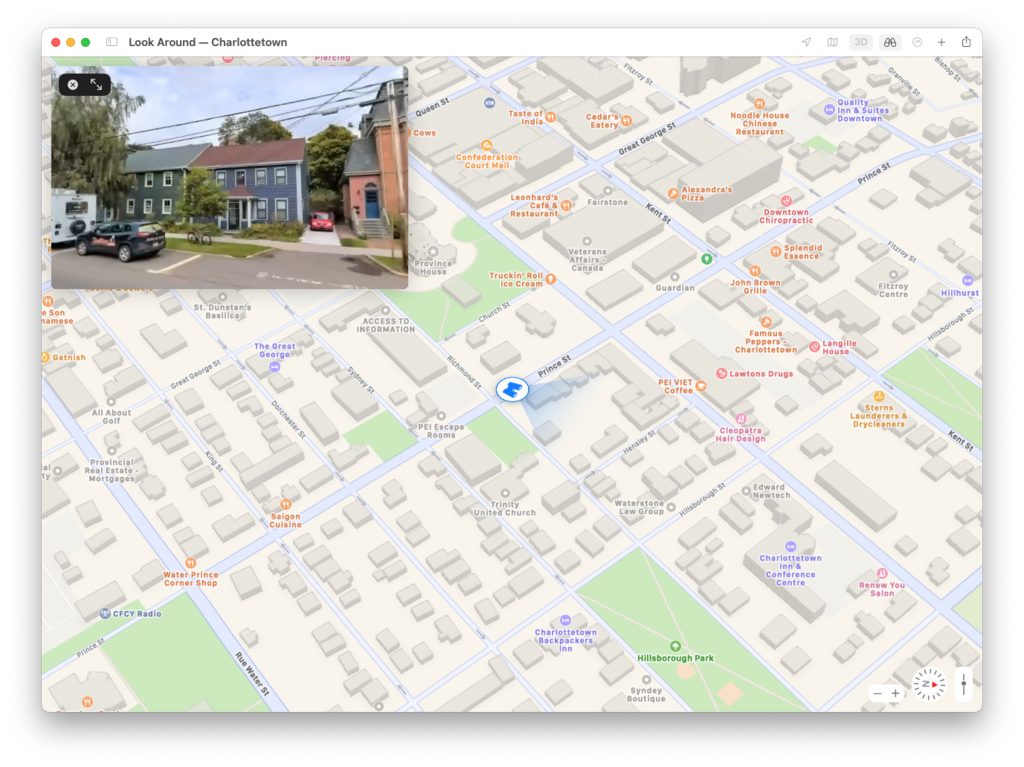 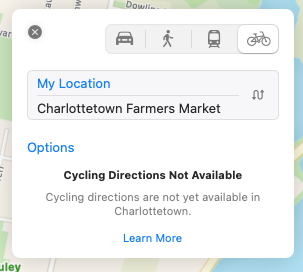 Walking directions are available, though, and a routing from my house to the Farmers’ Market shows the Confederation Trail as an option.

While the “look here” photos are old, the street map appears very up to date, with the displaced left turn system at St. Peters and Riverside, which opened very recently, already updated (at this writing Bing Maps is missing this, Google Maps has one half of the displaced left system only and only Here Maps is as up to date as Apple): 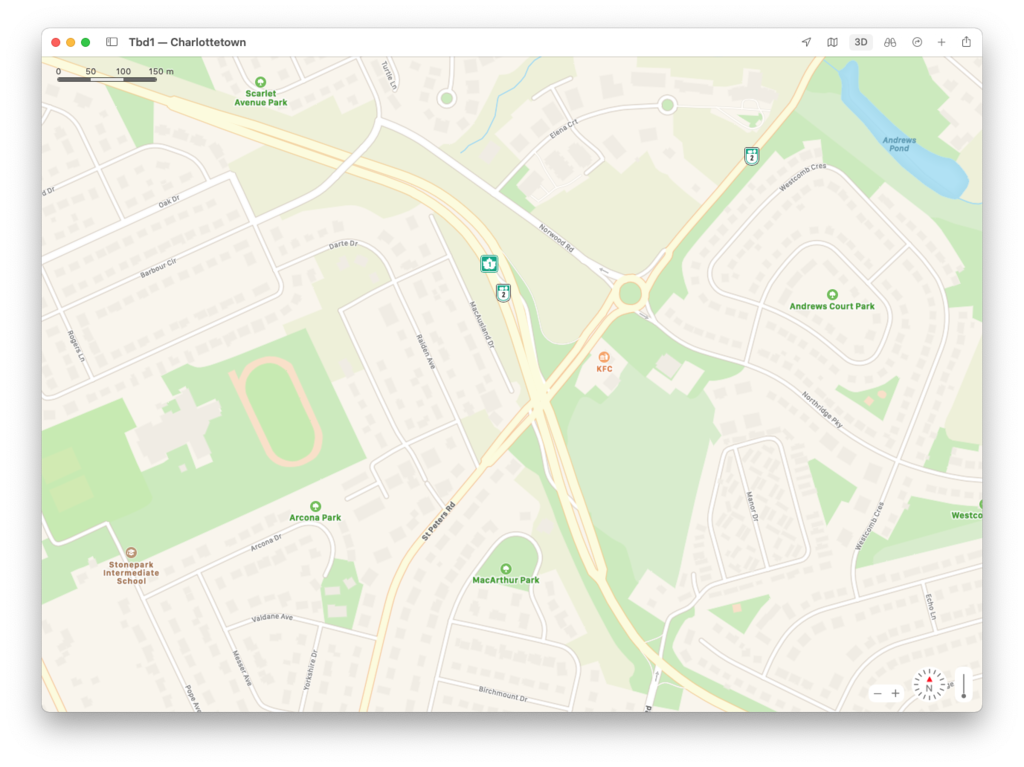