Remember that Bodoni 14 pt. that arrived earlier in the week? Well type is useless if you don’t have a holder for it, and so today the solution to that issue arrived: two California job cases from Don Black Linecasting arrived by post. And so this afternoon it came type to unwrap the type and sort it.  I took about 90 minutes, and here’s the photographic evidence.

The type itself came (very well packed) from Swamp Press in Northfield, Massachusetts (a town that has an excellent drive-in theatre, by the way; we were there for the closing weekend 12 years ago).  I ordered 2 caps, 3 lower case of a 36a 16A font scheme: this means, for example, that I received 108 lower case letter a’s (which is 36 times 3) and 32 capital A’s (which is 16 times 2). When the type arrived, it looked like this (sorted in an order I couldn’t divine, but easy to manage nonetheless): 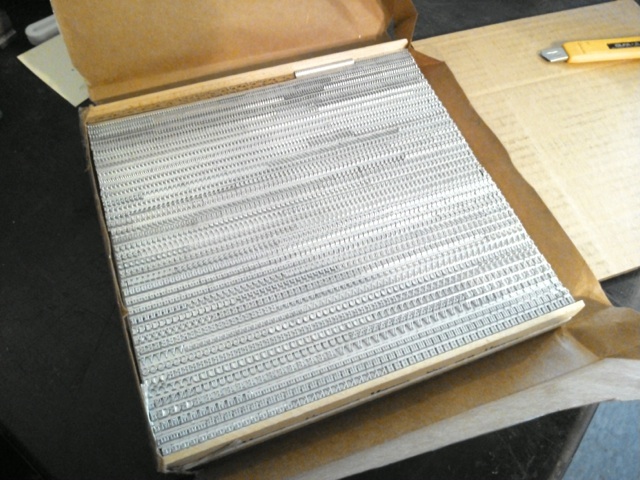 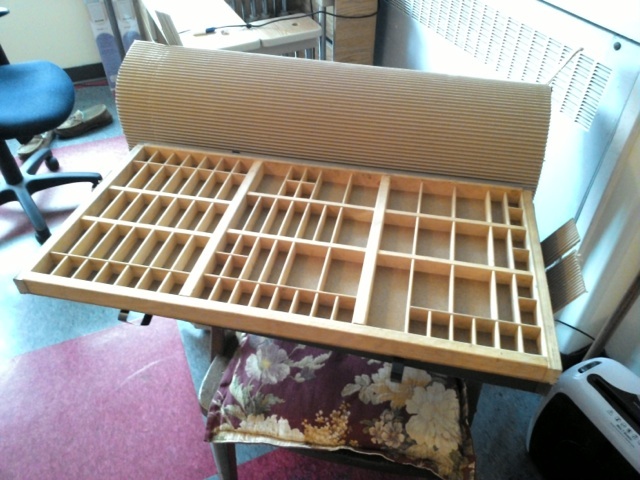 And after 90 minutes of eeeeeee, aaaaaa, ggggggg, and so on, the result was this: 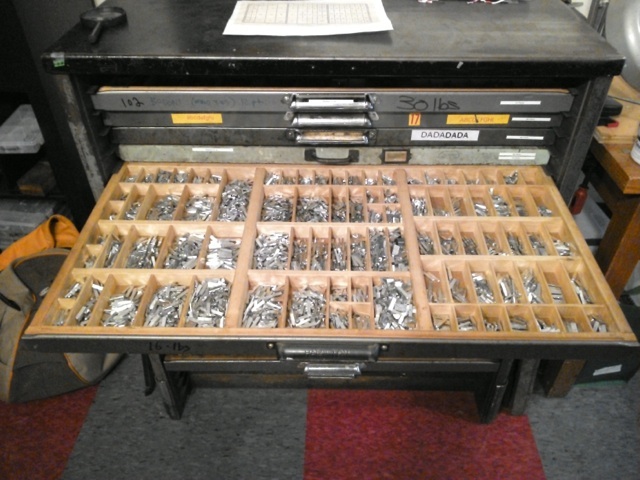 I am now primed and ready to begin the process of actually using the type to set the passages needed for the Confederation Country Cabinet.

The sorting process was a revelation: not only did I get acquainted with specifics of each Bodoni letterform (it has a beautiful capital Q, by the way), but also with the font scheme (which reflects, in theory, the relative frequency of letters in the English corpus). You would think, for example, that p and b would pop up more frequently, but for every p there are 3 a’s.  And there are 9 times more a’s than j’s (which isn’t as surprising).

I sized my type order based on the size of the longest passage I needed to set in one go, an excerpt from Our Hero in the Cradle of Confederation by J. J. Steinfeld (147 words, 851 characters), but also from maximum number of any given letter, a high water mark also set by J. J.’s passage, which uses the lower case r 55 times.

My relationship with Bodoni has never been more intimate.