Many of sidewalks of Berlin, like many cities in Europe, are constructed of stones rather than poured concrete. While in North America we use “cobblestone streets” as a way of achieve a sort of faux oldness, here in Berlin it seems to be an entirely practical thing, a way of allowing the sidewalk to adapt over time to the various construction projects it will be subject to (as contrasted to the North American approach that appears to be based on the lie that once a sidewalk is poured it will never need be modified).

For the entire duration of our 40 day stay in Berlin the sidewalks on our stretch of Graefeststrasse have been in various states of disarray as new gas lines have been installed. For a street with as much “street life” as Graefeststrasse – restaurants, coffee shops and ice creams places with more outside seating than inside seating and an almost 24-hours-a-day “hang out on the street” scene – this has been disruptive, but life has routed around.

This week the work is almost over, and the process of reassembling the parts of the sidewalk that were affected has begun; on my walk to the office this morning I took three photos of this process in various stages: 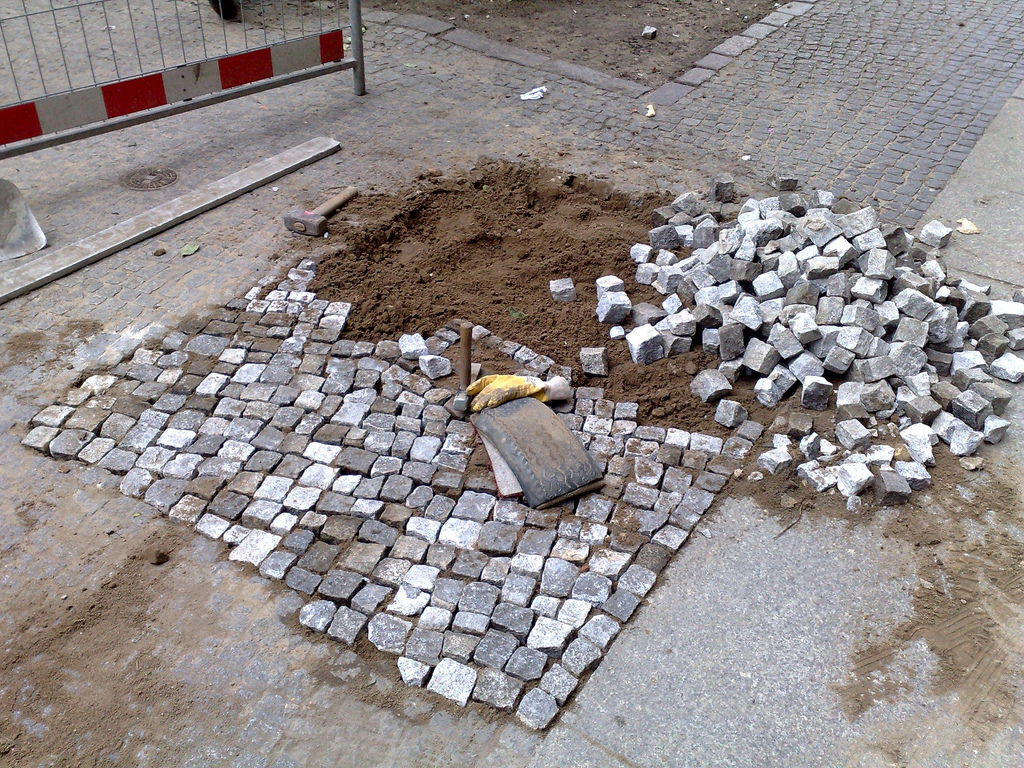 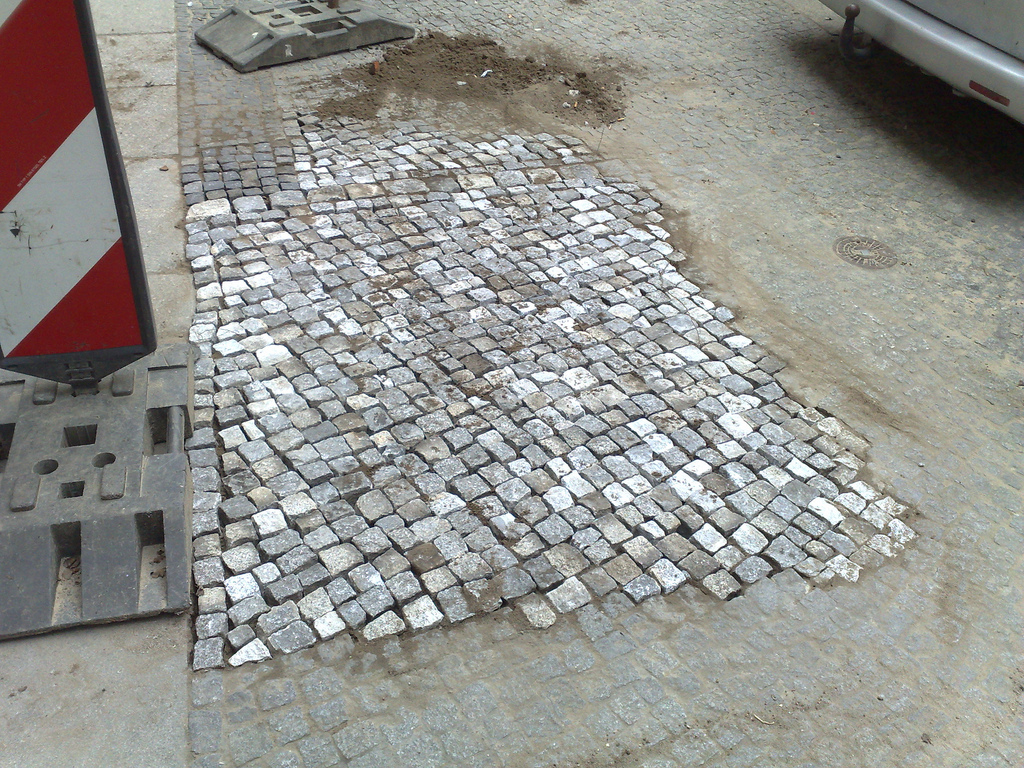 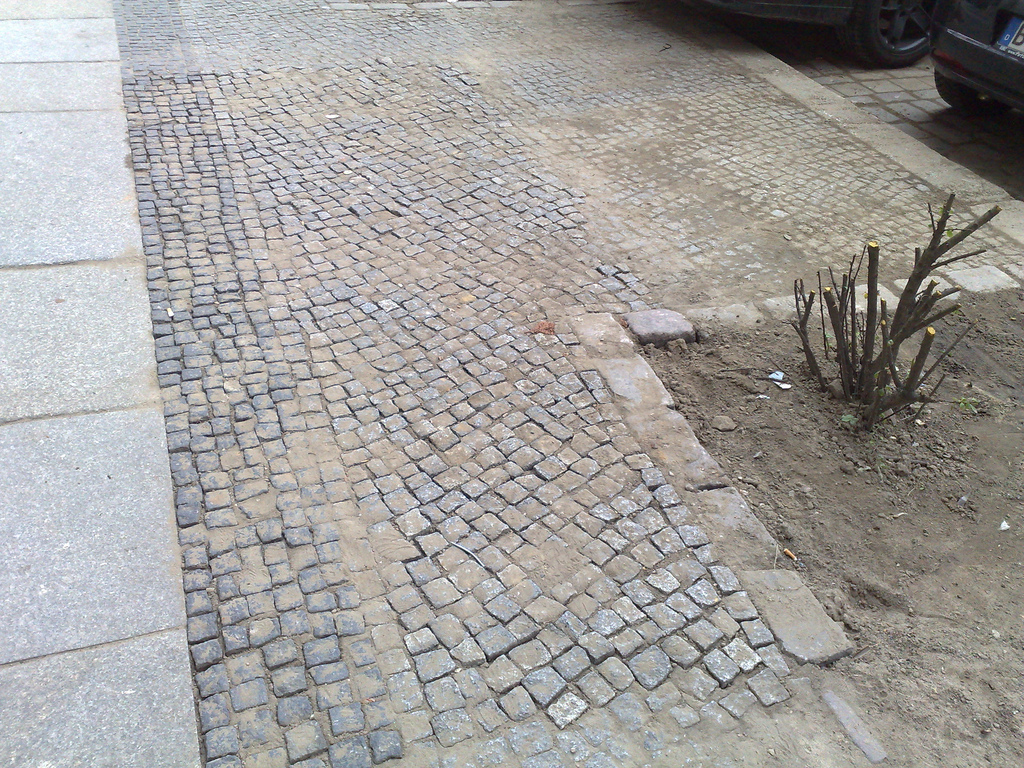 Having spent the summer, in part, solving the jigsaw puzzle that is letterpress typesetting, I appreciate the jigsaw puzzle of sidewalk reassembly even more. The finished product, once its been filled in with sand and walked on for a day or two, becomes a natural part of the sidewalk landscape again. It’s like nothing ever happened.

I read this post a couple of days ago and can’t stop thinking about it as I walk and cycle around Calgary. So simple and yet ingenious. Fits well with an article I read earlier today about the falling pieces of concrete in Montreal.