Oliver and I had a wonderful four days in Berlin last week. From our base at Casa Camper we ferreted out all manner of maximum fun, either by random chance, through Google Local on Oliver’s Nintendo DSi (he found us a great sushi place to eat on our first night), or using berlin.unlike on my iPod Touch.  Keywords “Berlin für Kinder” proved quite useful. Here’s are the highlights of what we found.

Hidden away inside a church in Prenzlauer Berg just 10 minutes walk from the Rosenthaler Platz U-bahn station, MACHmit is obscured from the regular tourism literature by promoting itself entirely in German. And it is a museum entirely in German, from the entrance kiosk through the signage. But a combination of gesticulation and common sense got us through, and it was a wonderful experience.

Housed in a cavernous former church, MACHmit has a ground floor of cultural exhibits – an igloo, a yurt, a model druggist, a hospital room – along with (to my delight) a complete working letterpress print shop (not working, alas, due to illness of the printer on the day we were there). The volume of the church is consumed by a 3 dimensional maze slash climbing gym slash rabbit warren that’s three stories tall and able to hold oodles of kids (think Mcdonald’s playland but made out of wood and way, way more fun). Behind the climbing structure is a light-filled café for the parents to sit and read the paper over beer or coffee while their children climb.

We ended up spending a few hours at MACHmit and it was, I think, the highlight of our trip to Berlin. 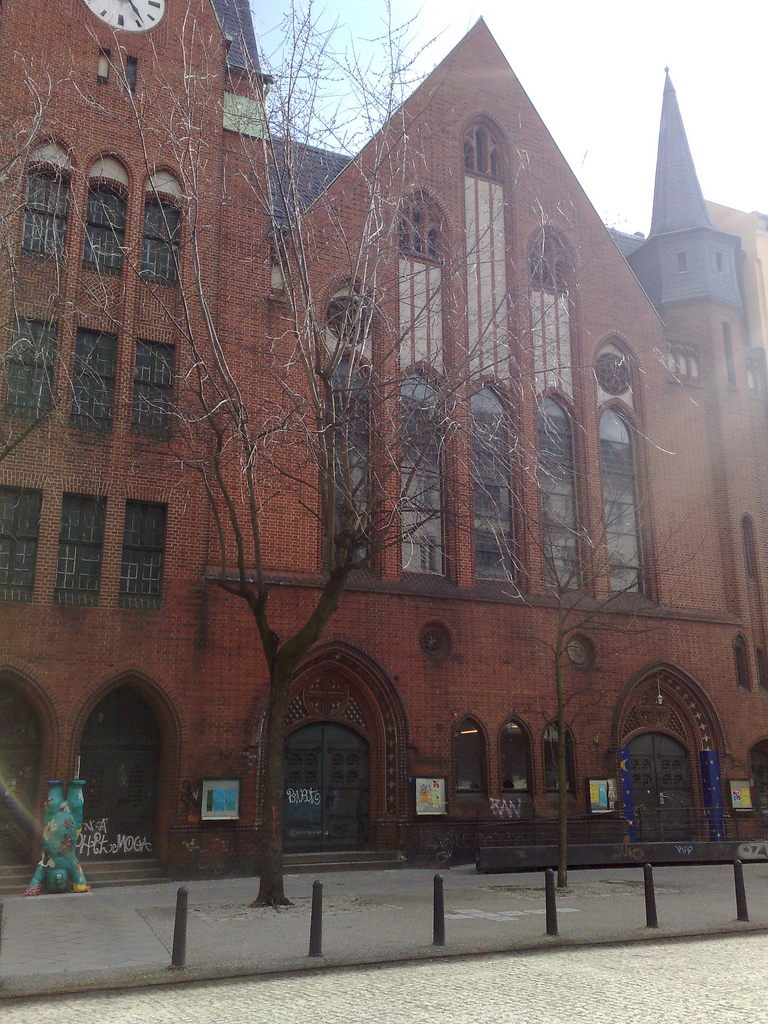 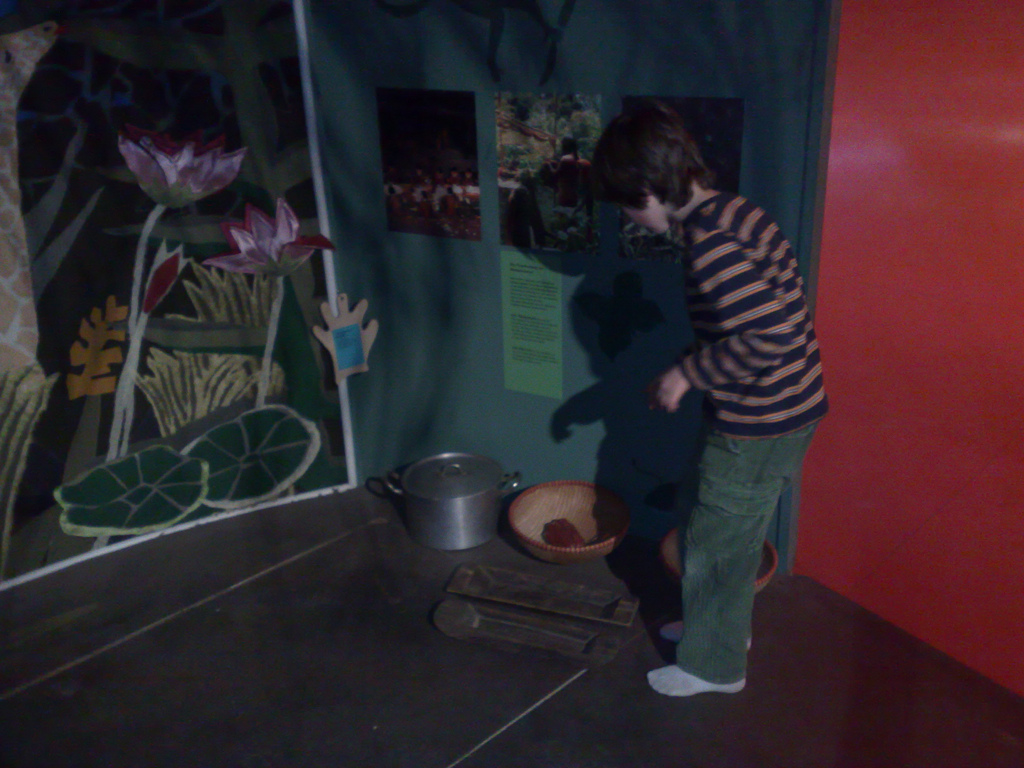 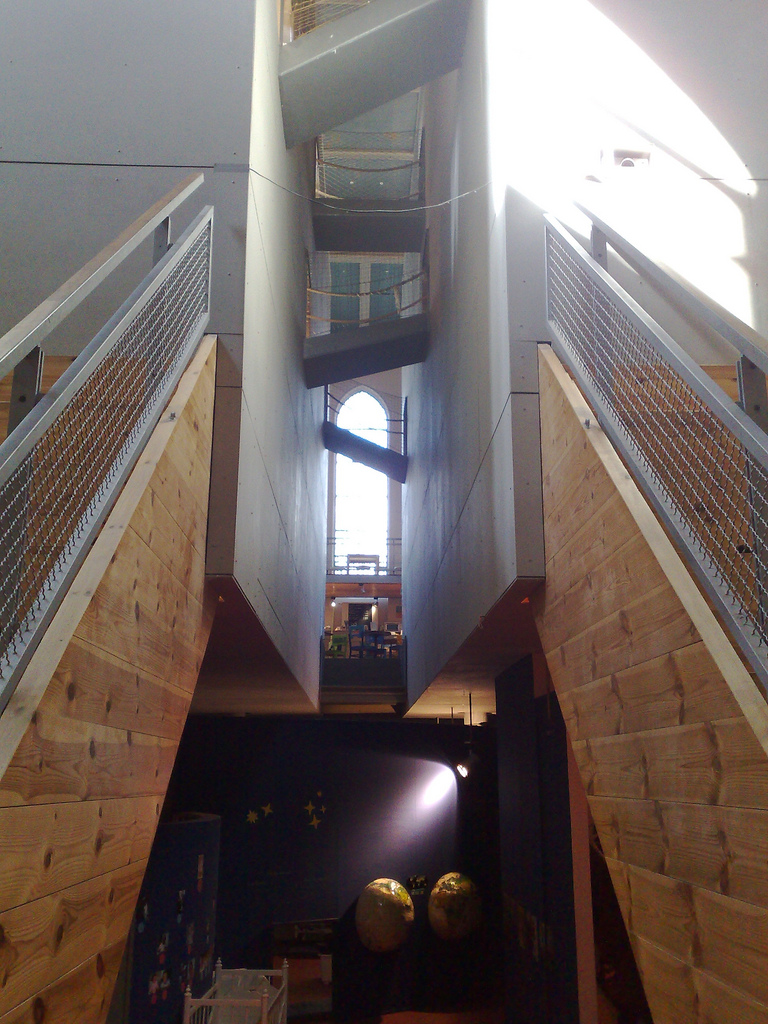 Part of the Stiftung Deutsches Technikmuseum Berlin (the science and technology museum), Spectrum is a standalone building located across the courtyard from the main building holding the usual planes, trains and rocketships. Over four floors they’ve a nice, compact, well-designed set of the sort of science and technology exhibits you’ll see at places like the Ontario Science Centre and the Exploratorium – simple machines, sound vision, astronomy – along with some unusual ones like sections devoted to rotography and surveillance.  Admission to Spectrum is included in the ticket for the larger museum (which is in itself an interesting way to spend some time, especially for its full print shop and paper-making demonstrations; the planes and the trains, however, are easily passed by unless you’re into that kind of thing). The museum is a short walk from the Möckernbrücke U-bahn. 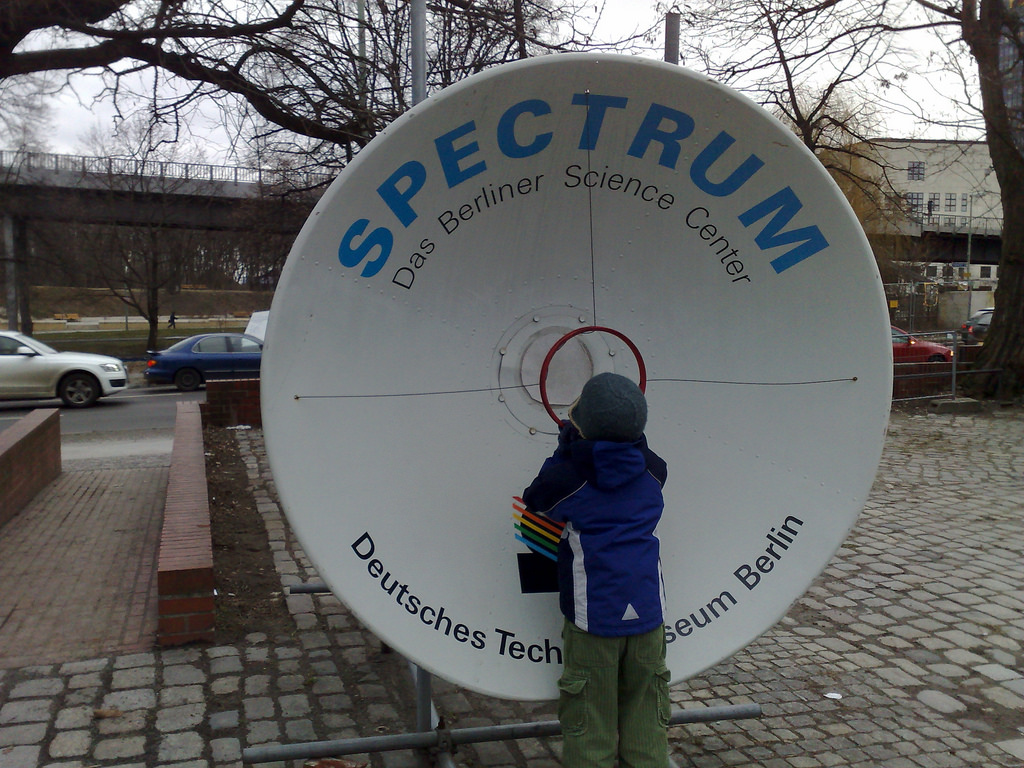 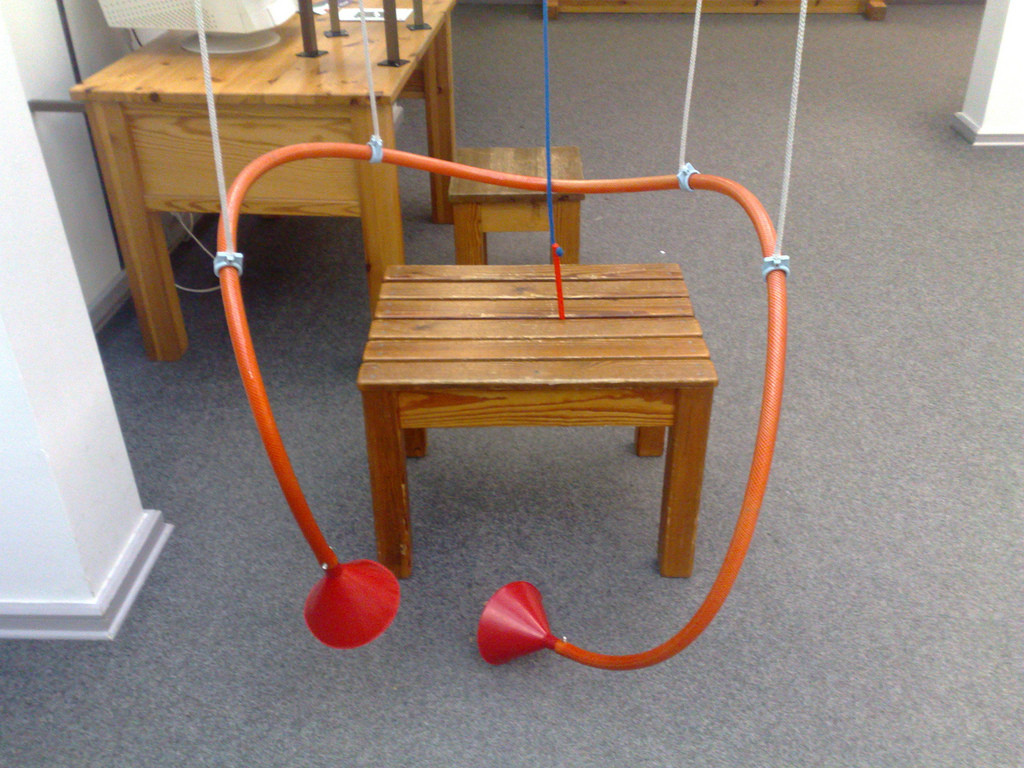 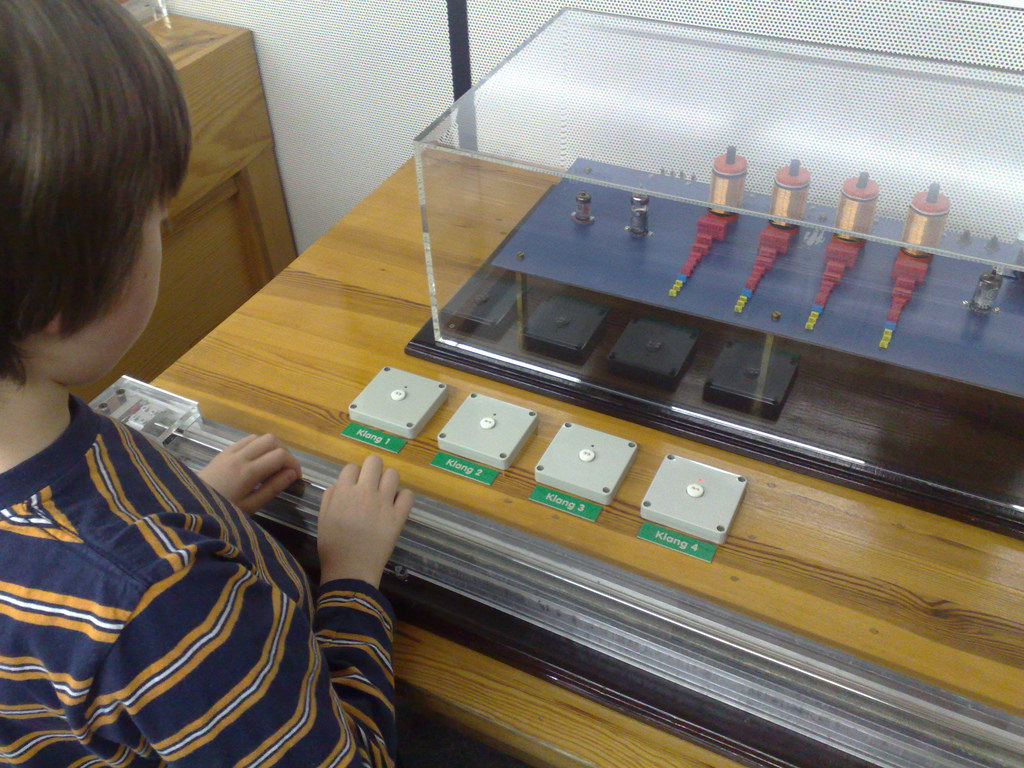 The new “concept store” for the square Ritter Sport chocolate brand that’s spread around the world. The initial pull here was the promise of a 75 minute Chocoworkshop for kids, the limitations of which I appreciated:

The idea at the RITTER SPORT CHOCOWORKSHOP is to give children plenty of room to exercise their very own creativity. This is best accomplished when they are accompanied by peers and without the presence of mom, dad, grandma, grandpa or uncles – and naturally, under expert educational guidance. Please understand that adults therefore only have very limited access to the “children’s realm”, for example as school class chaperones.

Alas the workshops were fully booked (you can book online on their website, but the final portions of the process are in German, so have Google Translate handy). 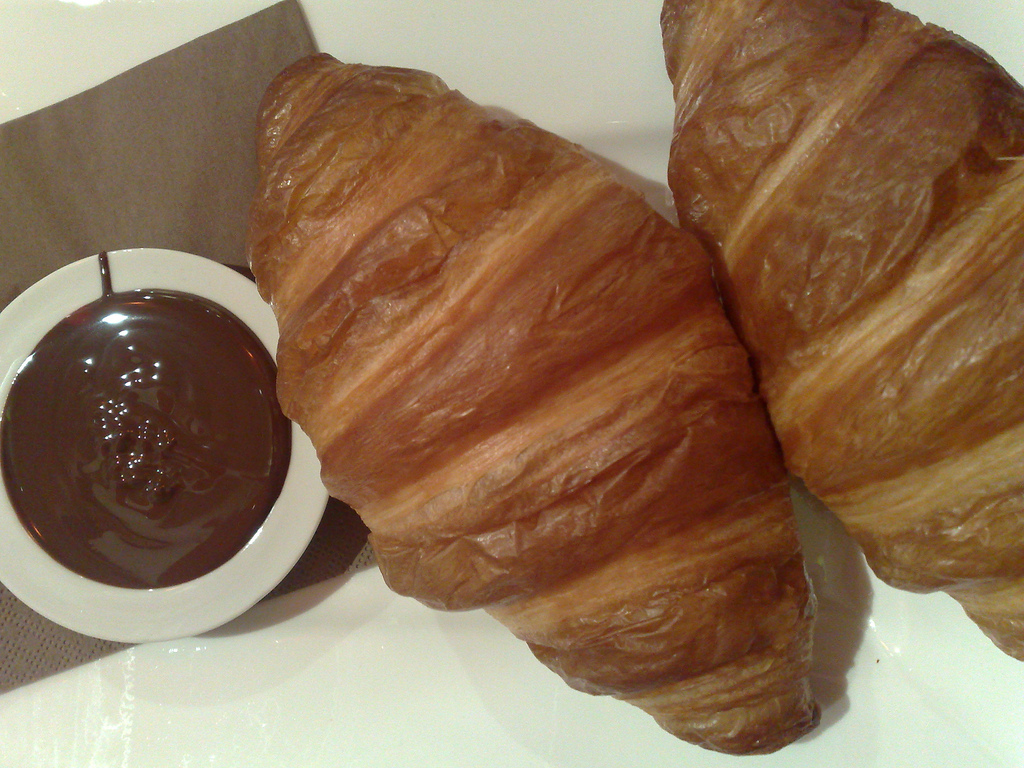 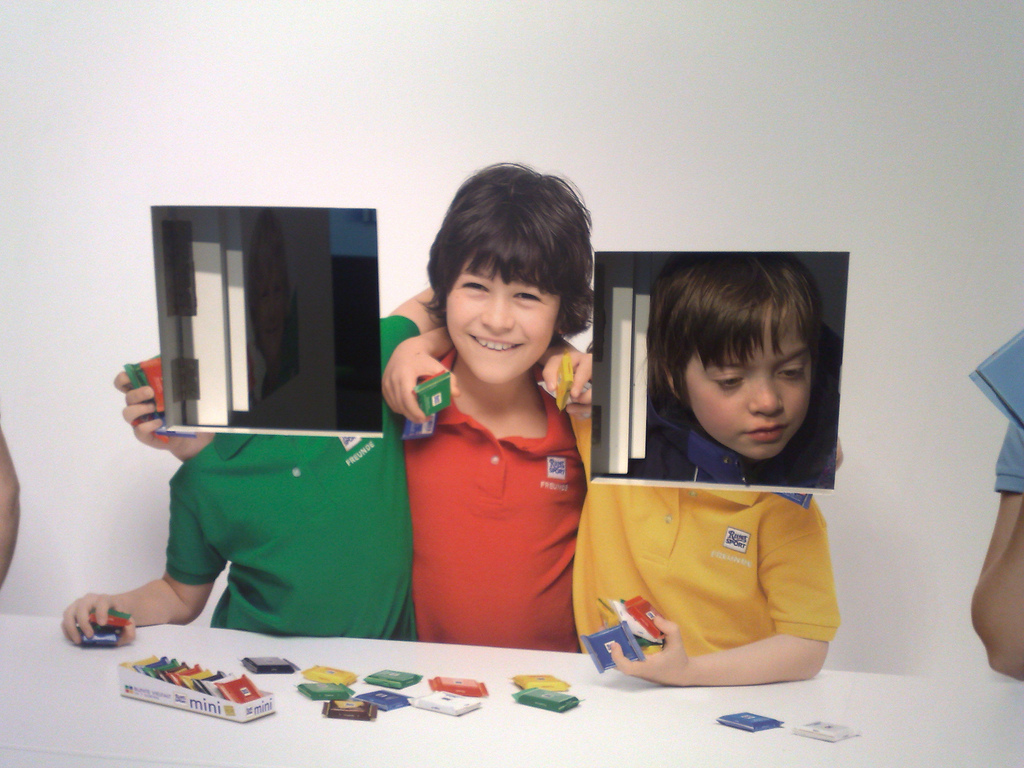 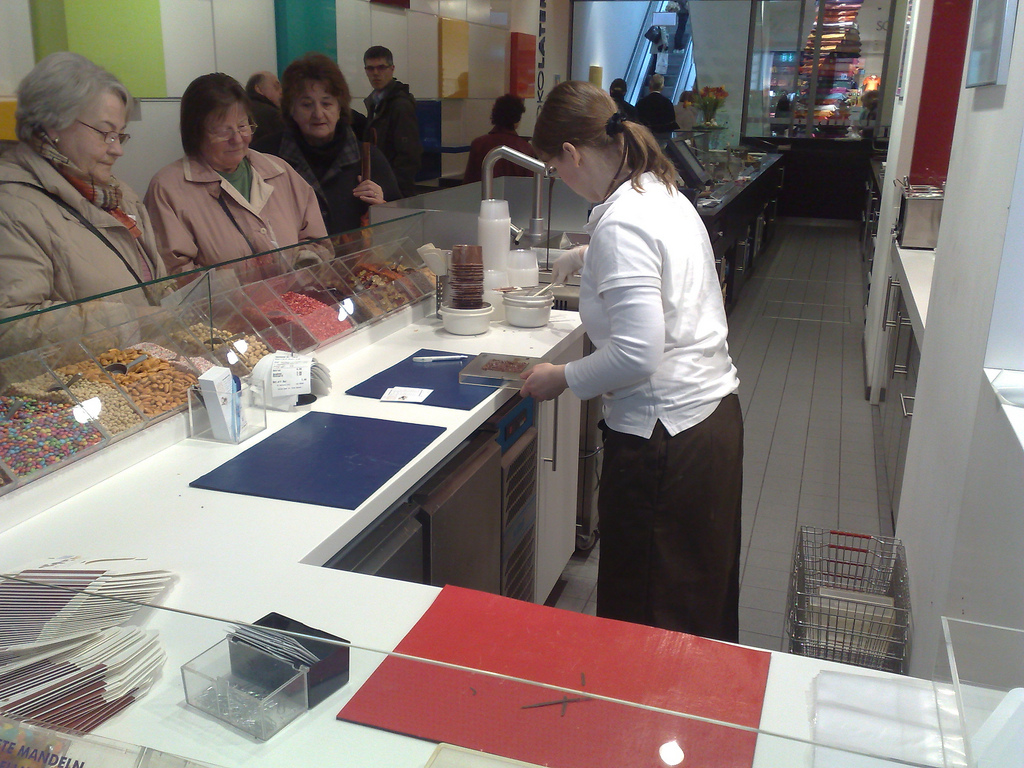 This “museum for communication” operated by the post office is pleasantly free of the “and then came the horses” complete survey of postal history that we’ve found in other postal museums (yes, we’ve been to a lot of postal museums; yes, we are weird) and is instead a sort of visual symphony celebrating communications through the lens of the post office, with a smattering of old post boxes and franks.

By far and away the highlight of the museum, however, are the three autonomous robots that inhabit the cavernous piazza of the ground floor of the building. One will have a conversation with you, one chases around a large orange ball, and so on. I’ve no idea what the topical relevance of the robots are, but they are very neat and we had a lot of fun chasing them around. 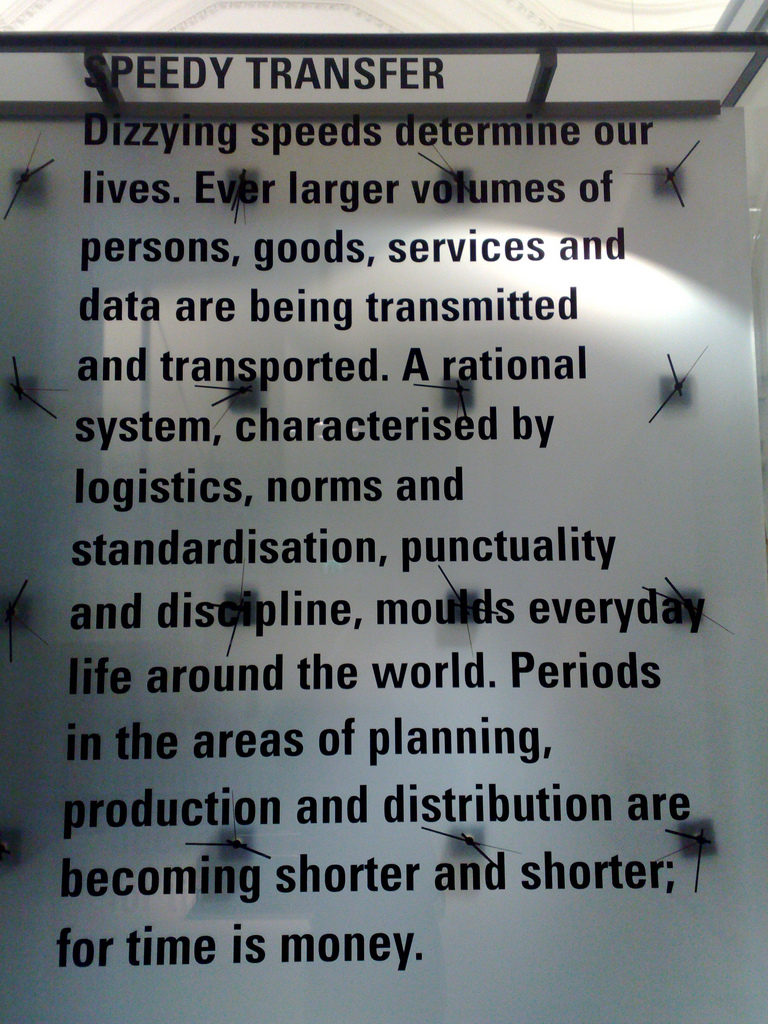 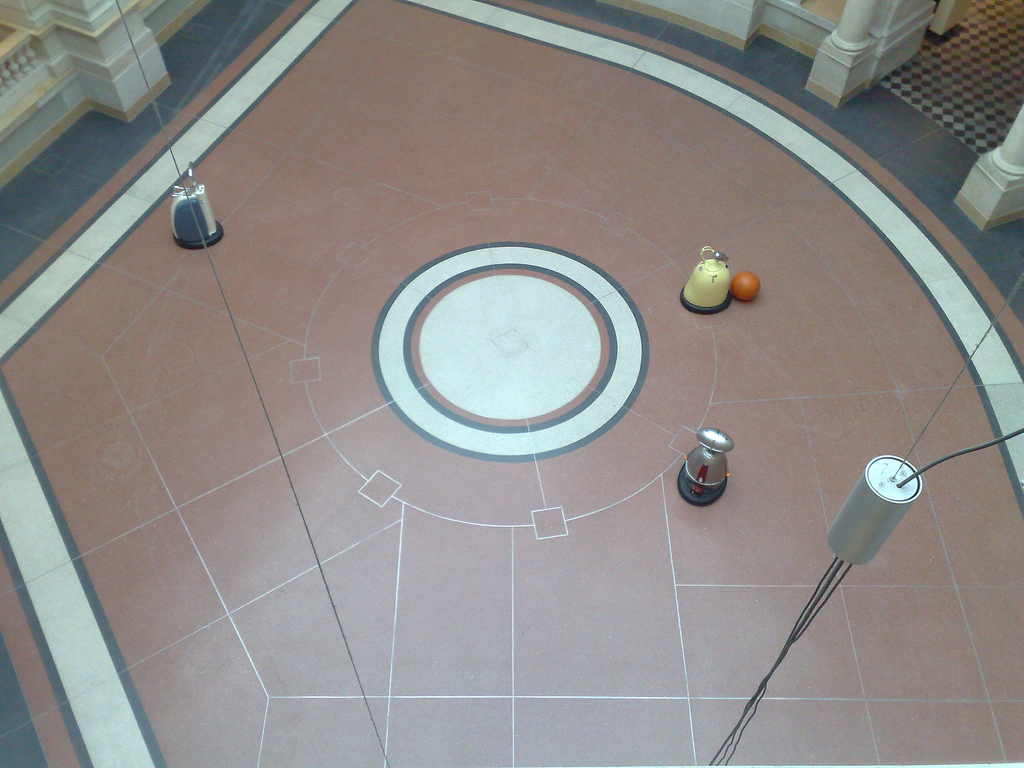 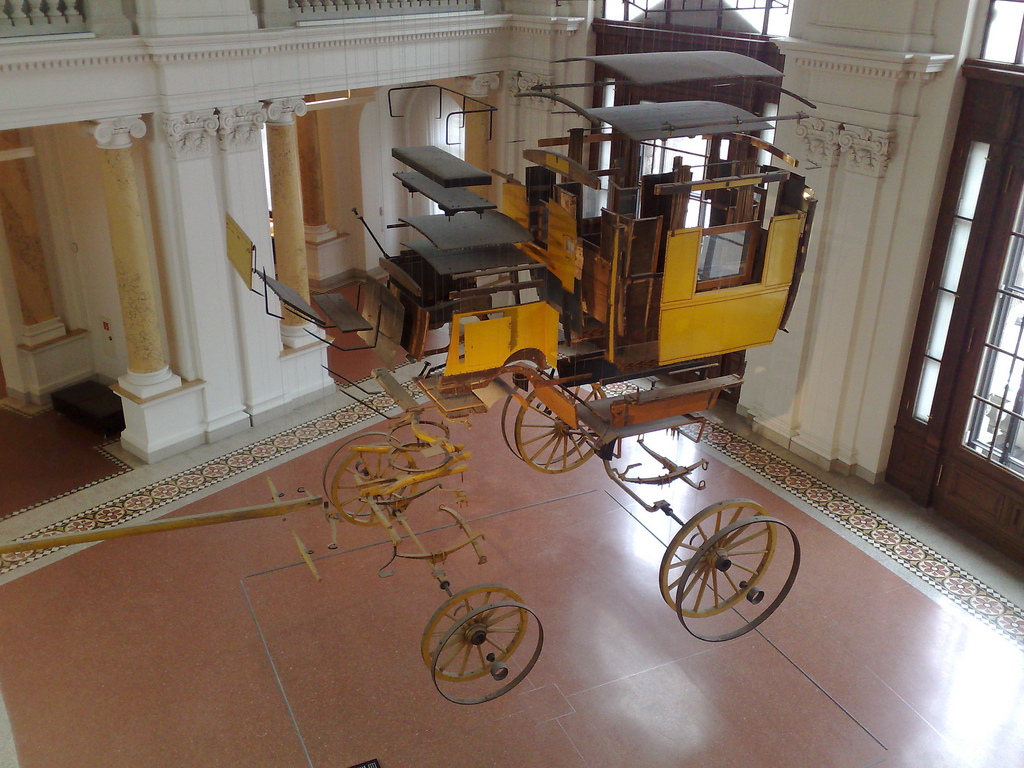 Located in the heart of the Kreuzberg neighbourhood, this is a locally-focused museum with exhibits on the district, on immigration, on urban design, and, again to my surprise and delight, containing a fully operational letterpress shop offering workshops for kids. The museum is spread over four floors, and has the same rough-and-ready flavour that the neighbourhood has. The highlight of the museum is the cardboard model of the neighbourhood, with Viewmasters tethered to interesting points and showing historical images of the scenes in the model. Admission is free and it’s an excellent way to anchor a wander through Kreuzberg. 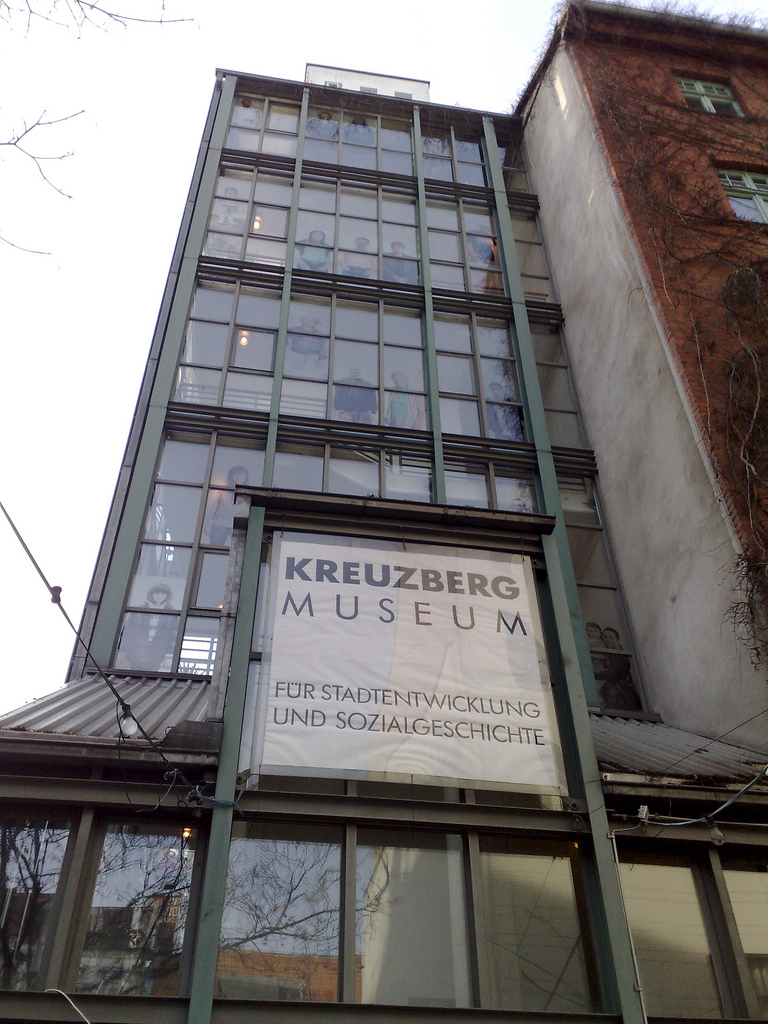 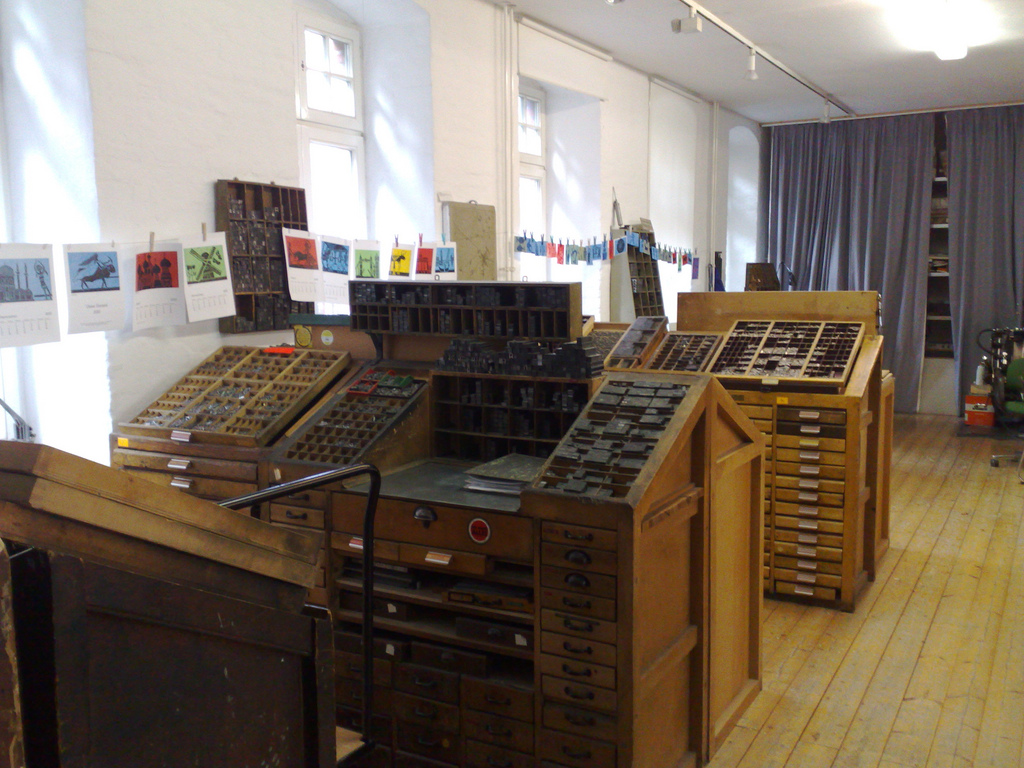 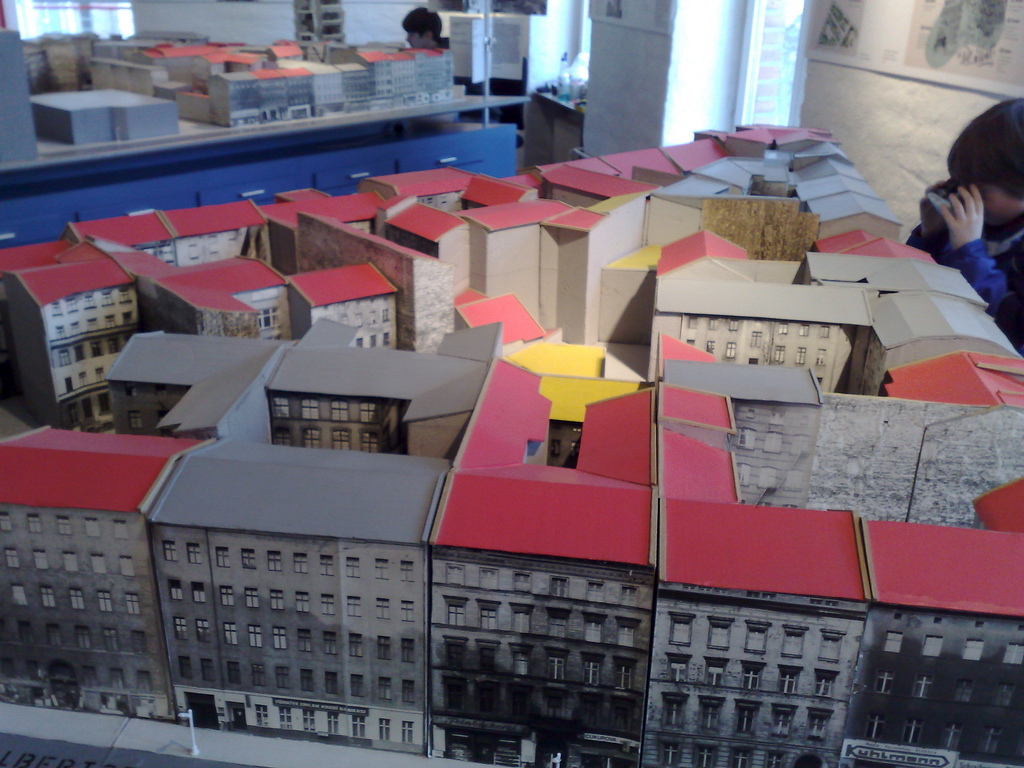 We found this tiny child-focused farm while wandering through Görlitzer Park in Kreuzberg near sunset. The park is huge, and contains football fields, several playgrounds, forested areas with walking trails and bicycle paths. On our way out of the park we spotted the sign for the farm and then spent a very pleasant 30 minutes wandering around with the ponies, goats, sheep, and ducks.

There’s more to the farm than meets the eye: they offer a homework club, bicycle repair workshop, cooking workshops, an “intercultural garden,” and waffles on Sunday. This is the kind of thing that every neighbourhood needs. 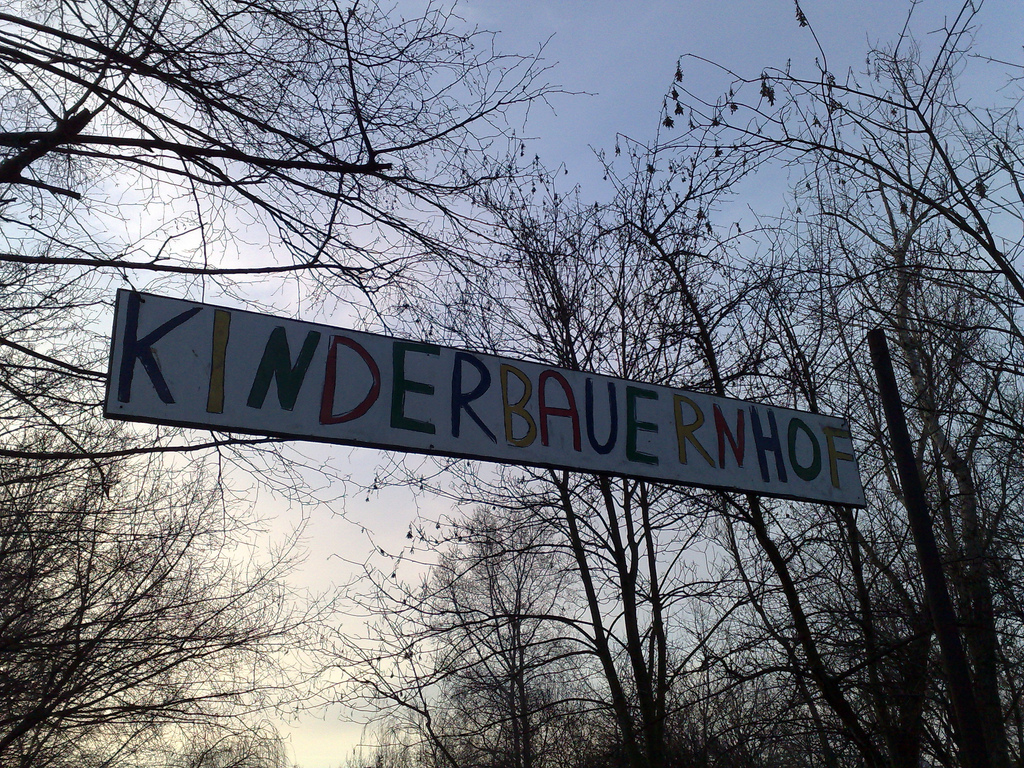 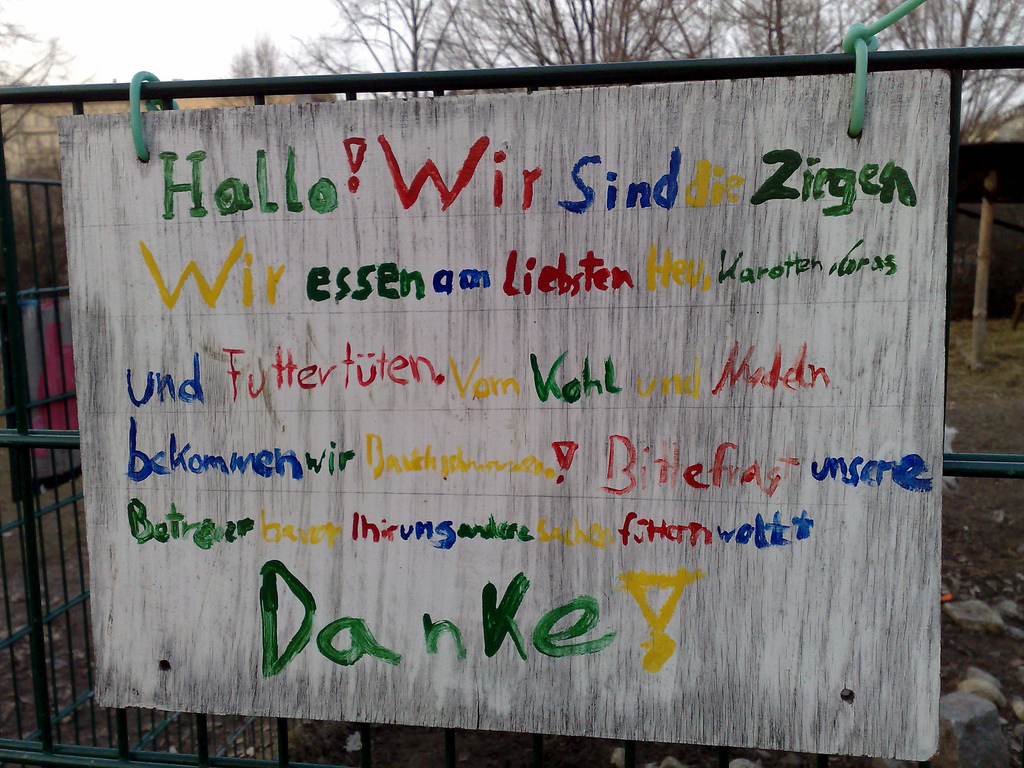 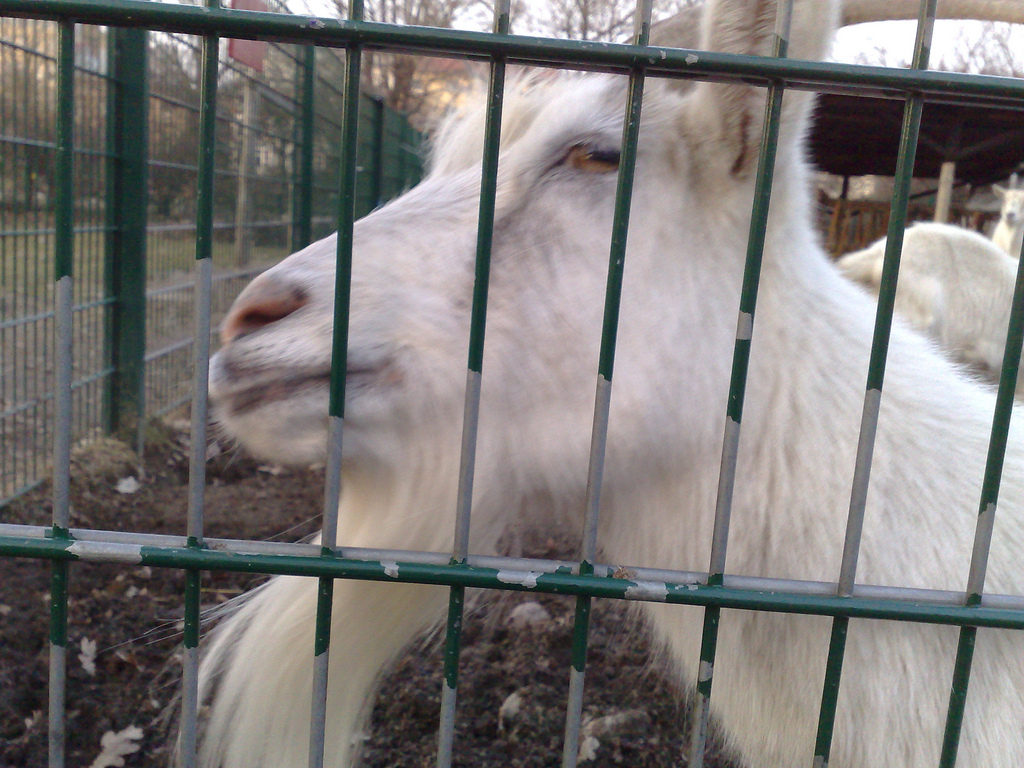 Berlin itself is simply interesting to walk around. From our base in Mitte, for example, it was a few blocks to an excellent magazine store (with a great selection of kids books and magazines that kept Oliver entertained), an amazing stationary store, and innumerable places, hidden away around alleys and in courtyards, to get a coffee or a snack or a meal.

I like that Oliver got to see the specimen-case lab benches. He’s growing up in a world in which it seems like everything is available and comes pre-organized online. It’s got to be good to know and remember how we learn things in the first place.