There are a lot of reasons to take on a job: love, money, fame, power.

Today’s job, however, I took on almost entirely because it afforded me the opportunity to see inside the bell tower of Charlottetown City Hall.

When I say “job,” in this case, I mean “another wild unpaid pursuit,” and, in this case, that means setting the city up with a LoRaWAN network to allow citizens to contribute all manner of sensor data via a central, managed gateway.

I’m experimenting with gear from The Things Network, an ambitious Dutch effort to build simple low-cost LoRaWAN hardware and supporting server infrastructure: the idea is that you stick one or two gateways high up somewhere in central locations in a city, and each is able to drink in data from thousands of sensors located within range.

The bell tower at City Hall is not the tallest place in Charlottetown, but it is somewhat high, and does have the benefit of being publicly-owned with sustainability-minded people at the helm. So it’s a prime candidate. 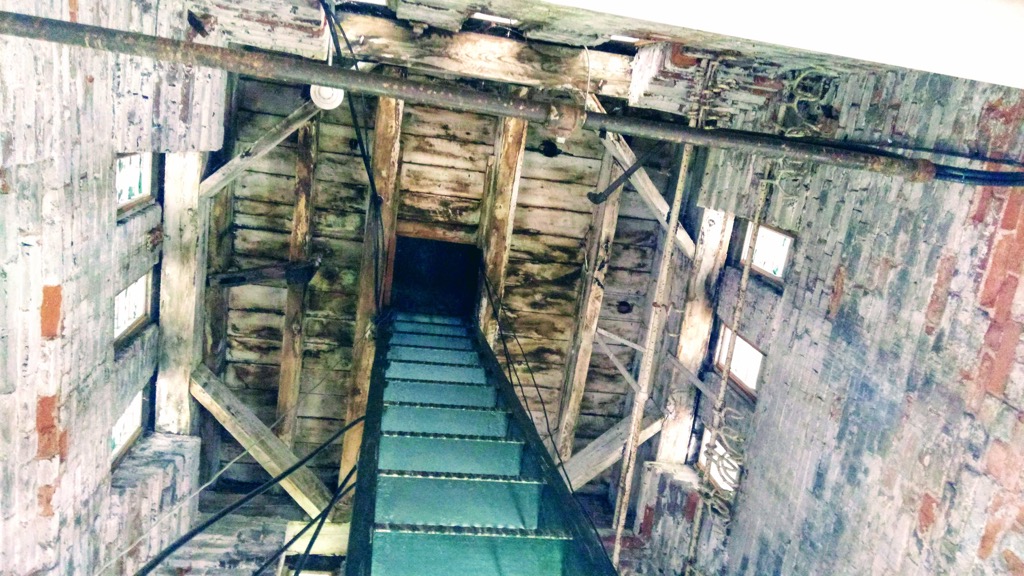 The original plan was to do a test of the LoRaWAN gateway’s range from the very top of the bell tower, but once that idea saw the cold light of day, notions like “have you had fall-protection training?” came into play, and we down-scaled to do the testing from the top floor of City Hall instead, at least for now. But given that the bell tower door was right beside us, I was offered a look up. And seeing the ladder that leads upward, and then, worse, looking down, I realized that this was all for the best. If City Hall turns out to be a good location, then we’ll get a trained climber-of-high-things to mount the gateway high up.

As it happens, the test never got to happen: it turns out that The Things Gateway needs to have outbound access on a variety of ports to send its messages up to the MQTT server on the other end, and those ports are currently firewalled on City Hall’s guest wifi. So a request for firewall updates has been submitted, and we will bide our time.

But I did get to see the bell tower, and that was neato.

Among the highlights, was spotting what I have to assume are the hooks around which firehoses of yore were hung to dry (my initial assumption was that this is where City Hall would hang its beef to age, but that seemed implausible): 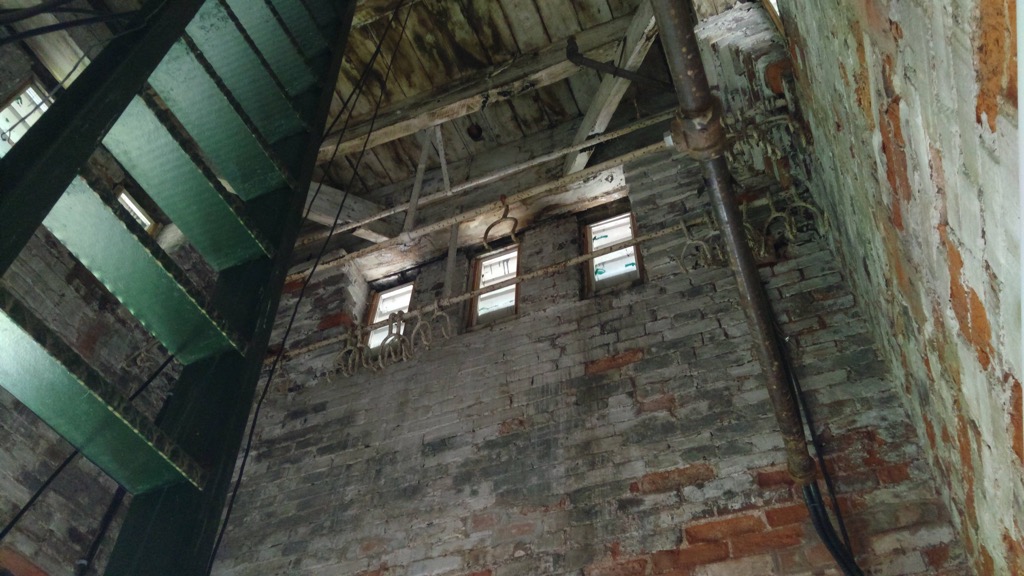 There’s also a very nice view down Queen Street from the windows at the bottom of the tower: 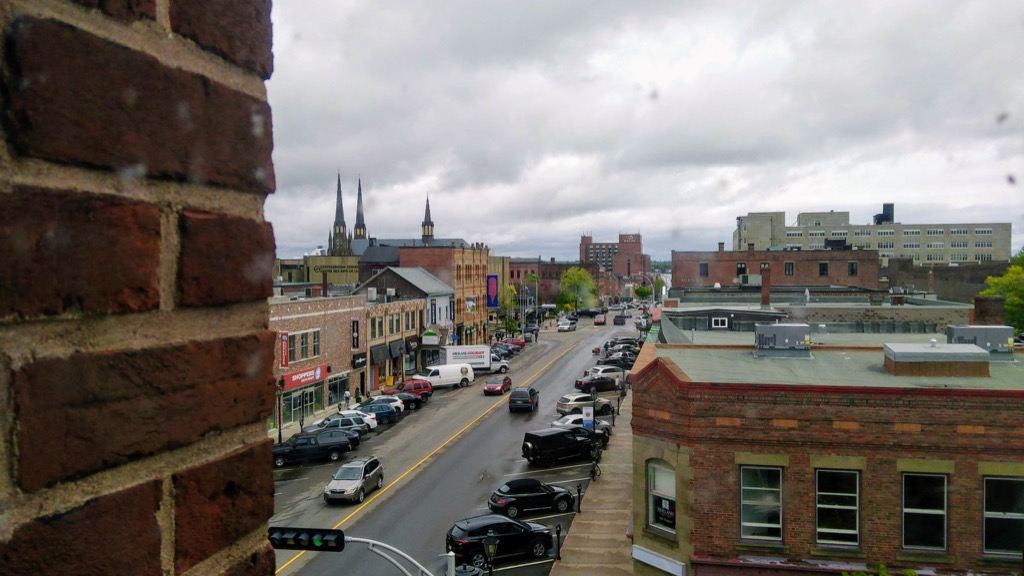 Stay tuned for the next chapter in this exciting saga.

Amazing photos I had no idea it looked like that from the inside. Also the project you describe sounds interesting.