Middle of the night, a horrible crash rumbles through the house.  I sprang from the bed to see what was the matter: Oliver (okay), furnace (okay), back windows (okay). Looked out the peep-hole in the front door, then opened it: gazillions of tiny pieces of glass all over the floor of the front vestibule and the top window of the screen door smashed: 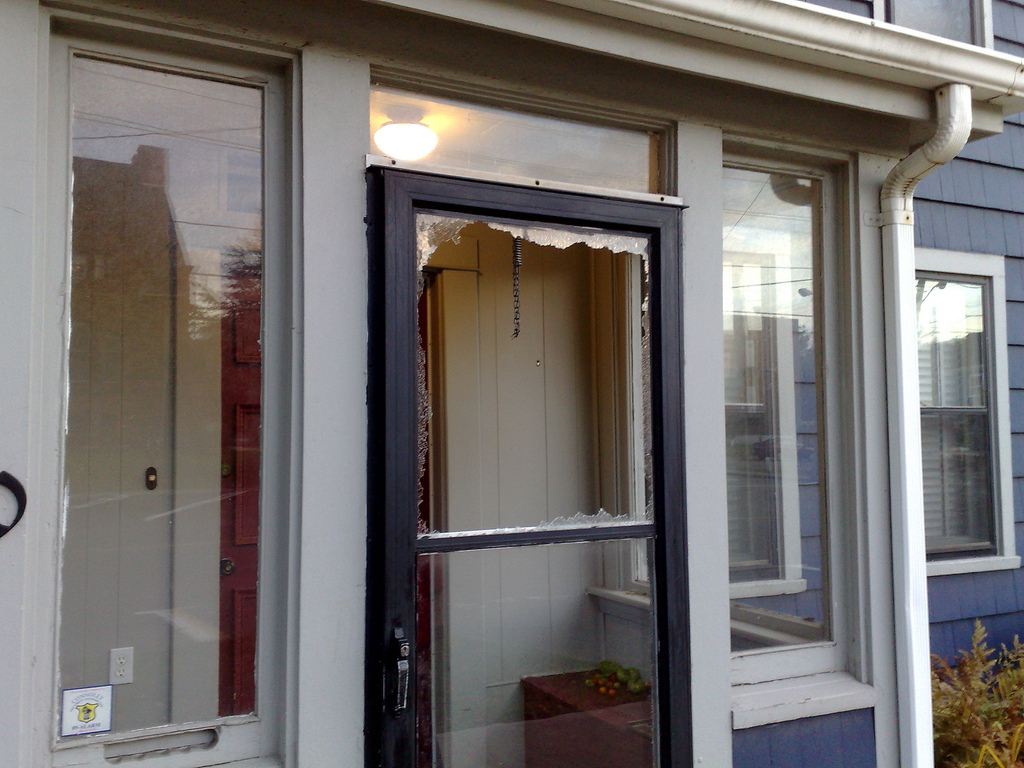 Called the police (wasn’t sure whether this was an “emergency” so I called the non-emergency number) and they took my details and said they would send someone over.

Five minutes later there was a crunch at the front door; opened the door and was greeted by fresh-faced young officer who poked around, didn’t find any projectiles or blood or other evidence of what might have done the smashing. He mused that it might be a pellet gun, but this was just a guess, as there was no real evidence to suggest this other than the absence of other evidence.

He radioed in for an “occurrence number” which he gave to me on a card in case I wanted to submit an insurance claim.

Left the clean-up until morning and then spent the next 2 hours trying to get back to sleep.

Not an important or particularly unusual happening in downtown Charlottetown, but a rip in the inviolacy-of-home continuum nonetheless.

By the time I slouched downstairs this morning Catherine, true to form, was out in the front yard cleaning things up; the photo above is after she’d done most of this.

Sorry to hear about this, Peter. Hopefully it was just an isolated and random incident that won’t repeat itself.

That would irrationally unnerve me for sure. I’m glad your cortical system has gone to work.